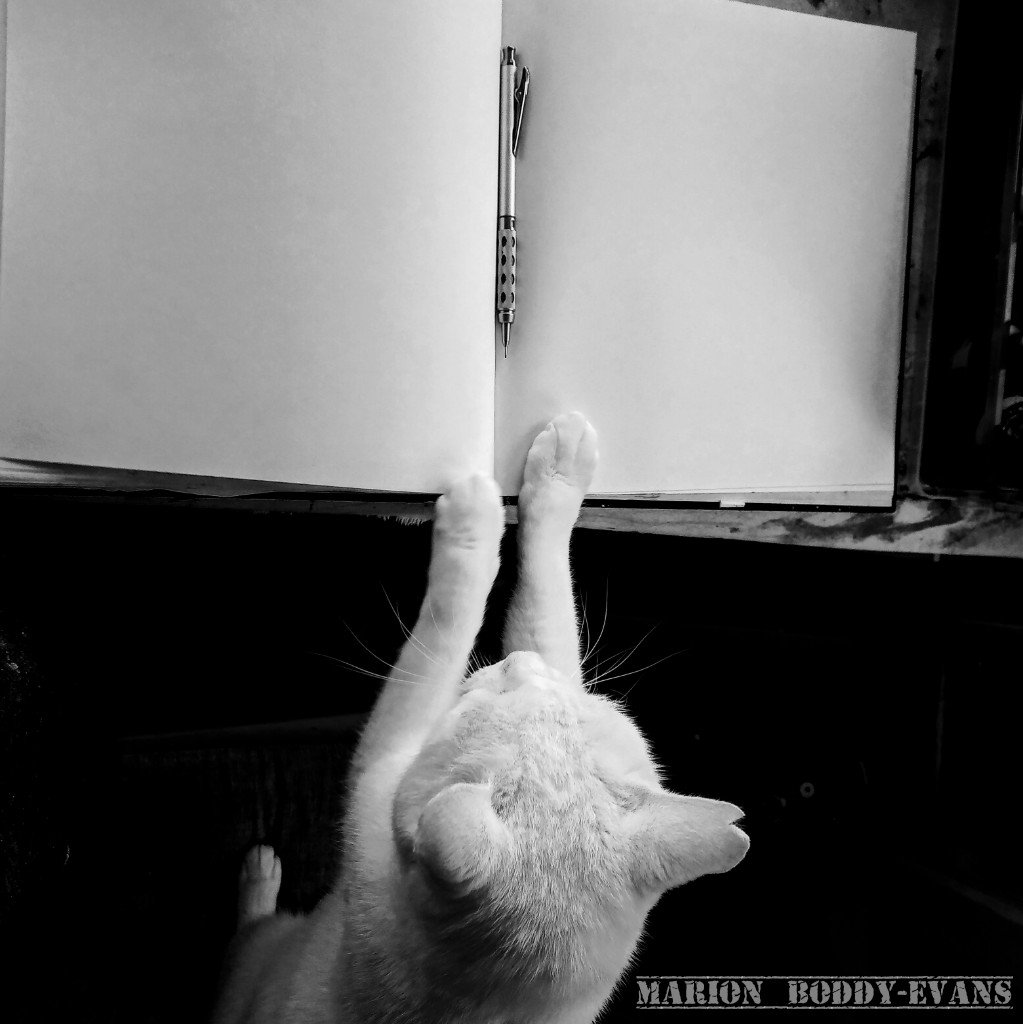 “…if I want creativity in my life — and I do — then I will need to make space for fear too. Plenty of space.

“… it seems to me that my fear and my creativity are basically cojoined twins — as evidenced by the fact that creativity cannot take a single step forward without fear marching right beside it.

“… the less I fight my fear, the less it fights back. If I can relax, fear relaxes too.”

Fear wears many faces. In my studio it wears names such as “you’re kidding yourself”, “just what is it meant to be”, “you’re being over-ambitious”, “who are you to think you can”. Fear drips and erodes, ever present and ever determined, waiting for me to be tired so it can wrap one of its cloak around me.

This past year Fear got two new cloaks — the jingoistic blue, red and white Brexit one, and the invisible, clinging covid one — as well as a name for the one that has been wrapping the in-house art critic more tightly the past few years. At times I’ve been wrapped in all three, unable to paint or draw or even think about doing so. I try to remind myself, as understanding friends remind me, that creativity doesn’t go away, it’s just waiting its turn. As its waited, I’ve rediscovered my love for poetry, writing favourites in a notebook as a personal anthology, and writing snailmail letters.

As the year heads to the end of the calendar and it’s time to start a new count, I realise that slowly over the past few months I’ve somehow gained more space for Fear so it doesn’t grasp quite as tightly. I’ve gotten better at saying “not today’s problem”, and living in the present.

I now have two tables set out in my studio. Fear can sit at the one and Creativity and I will sit in the other. On my blog, I will not share only the colourful and cheerful aspects of my life because Fear says I shouldn’t risk saddening anyone else and you’ll stop reading. I will make a start on the body of work around memory that the in-house art critic and I have been talking about, even though it feels beyond my grasp and abilities at the moment.

If you’ve enjoyed reading my blogs this year, you can help me write next year by becoming a Patreon subscriber. Tiers start at the price of a cup of coffee a month, and include a new snailmail tier. Details here. If you’ve any questions, email me.

5 Replies to “A Monday Motivator for Myself: Allowing Space for Fear”