A chance find in Leakey’s bookshop in Inverness. 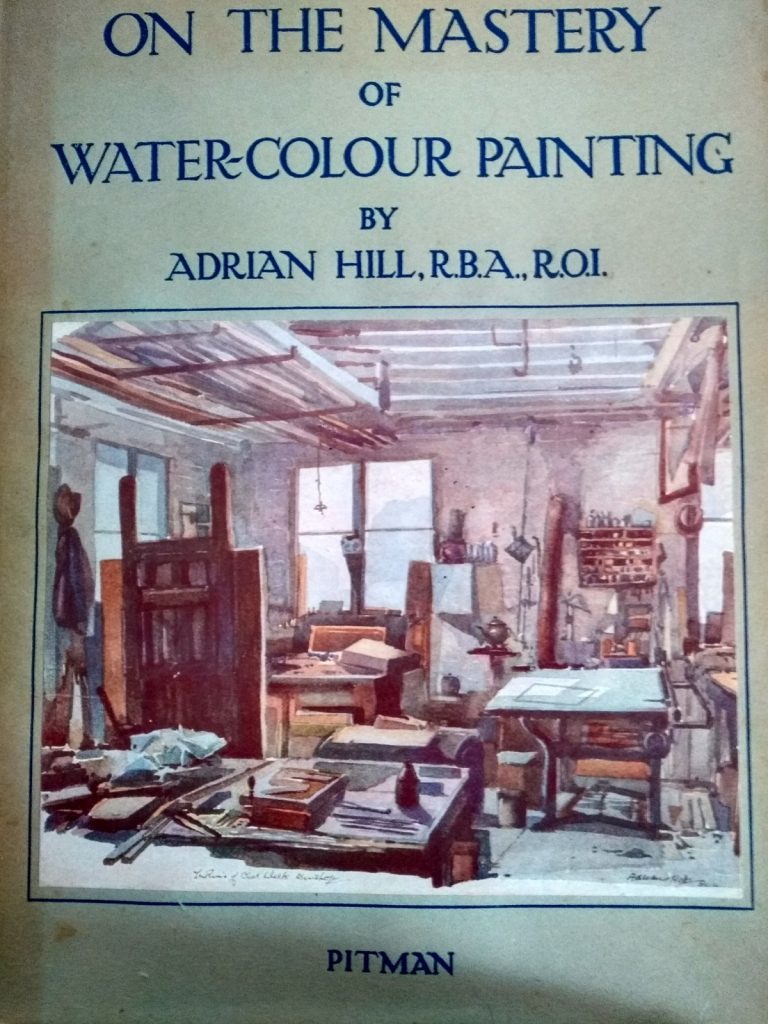 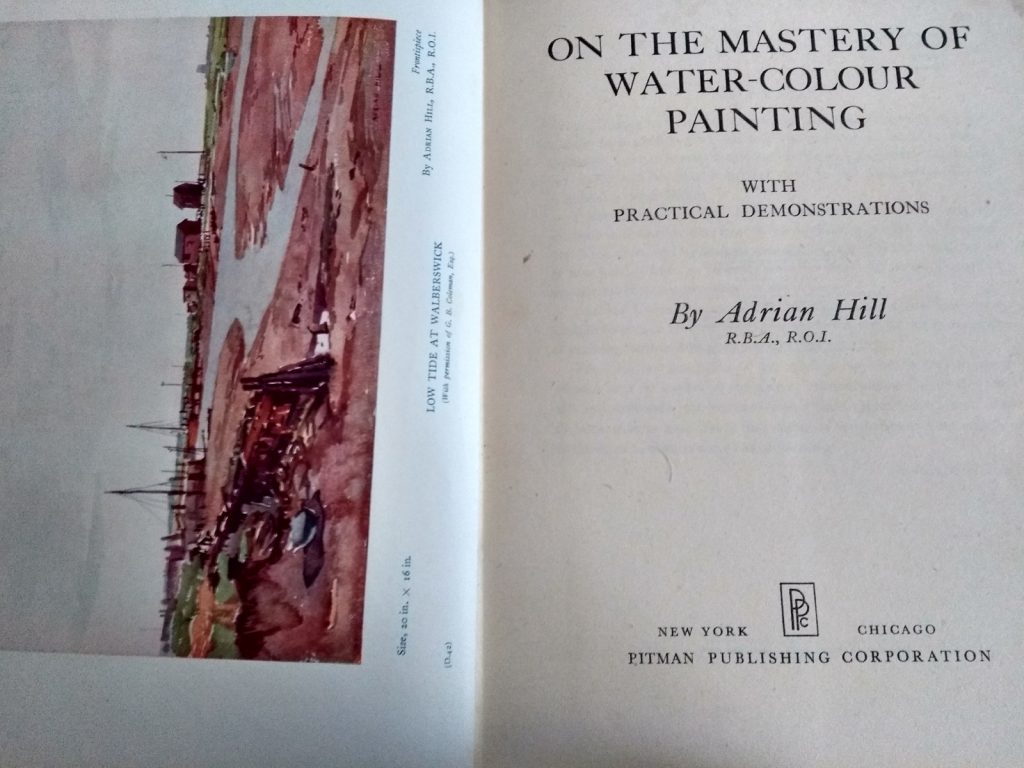 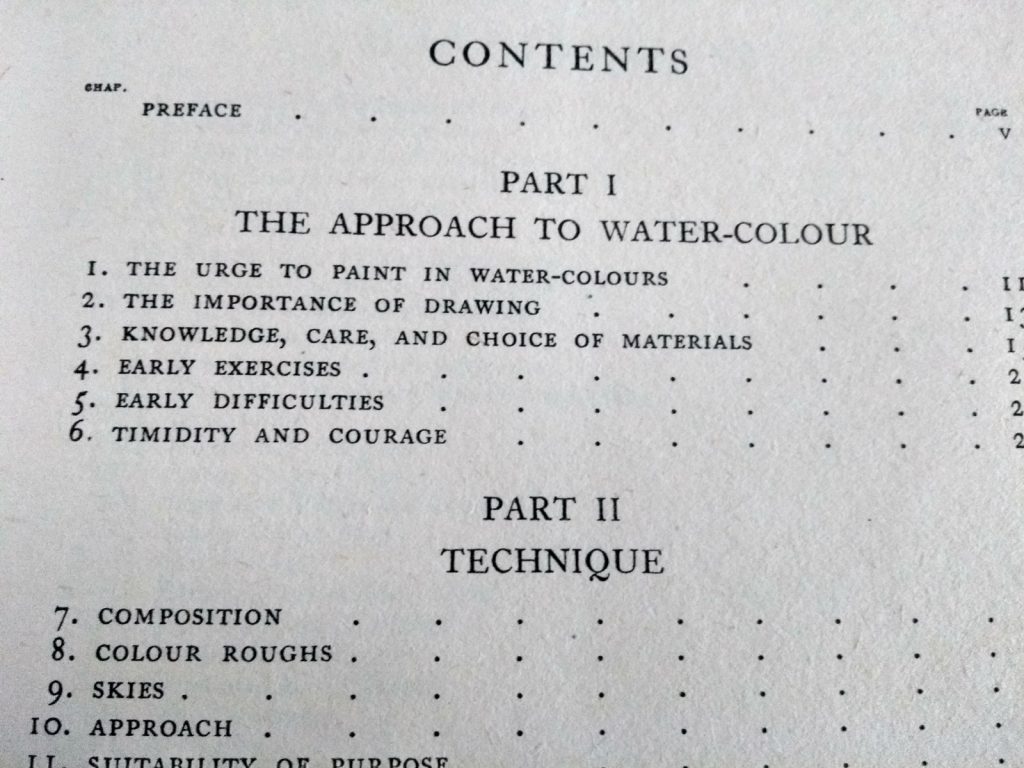 What I’ve found out: Adrian Hill presented BBC “Sketch Club” from 1958 to 1962 (way before Tony Hart‘s show), was commissioned by the Imperial War Museum in London during the First World War (the first, according to his Wikipedia entry, which also says he went back to art college afterwards, worked as a professional artist and art teacher, and coined the term art therapy) and he wrote quite a few books. There are a dozen of his paintings on the UK public art collection website, and a short BBC radio interview.

But back to the book I found. It’s written in a style you don’t find in contemporary photo-led books, when sentences could be longer and have more complex constructions, language more descriptive and poetic, and opinions more strongly stated. It’s like listening to an artist thinking aloud on various aspects, with the thoughts organized not random.

I suspect quotes will make their appearance as Monday Motivators, but here’s one for today, from Chapter 6 which is called “Timidity and Courage”:

“…once perfect freedom of execution has been enjoyed, a little self-disciple will generally make itself felt, and the rebel will turn docile; whereas the law-abiding student will rarely ‘break bounds’ without persuasion.”

I do wonder if it caught my eye because my mind’s been on my introduction to watercolour workshop on Monday. How, when you know next-to-nothing about a workshop attendee other than they want to learn about watercolour painting, you have to prepare approaches that’ll work for wherever they turn out to be on the spectrum from cautious (timid) to expressive (courageous).