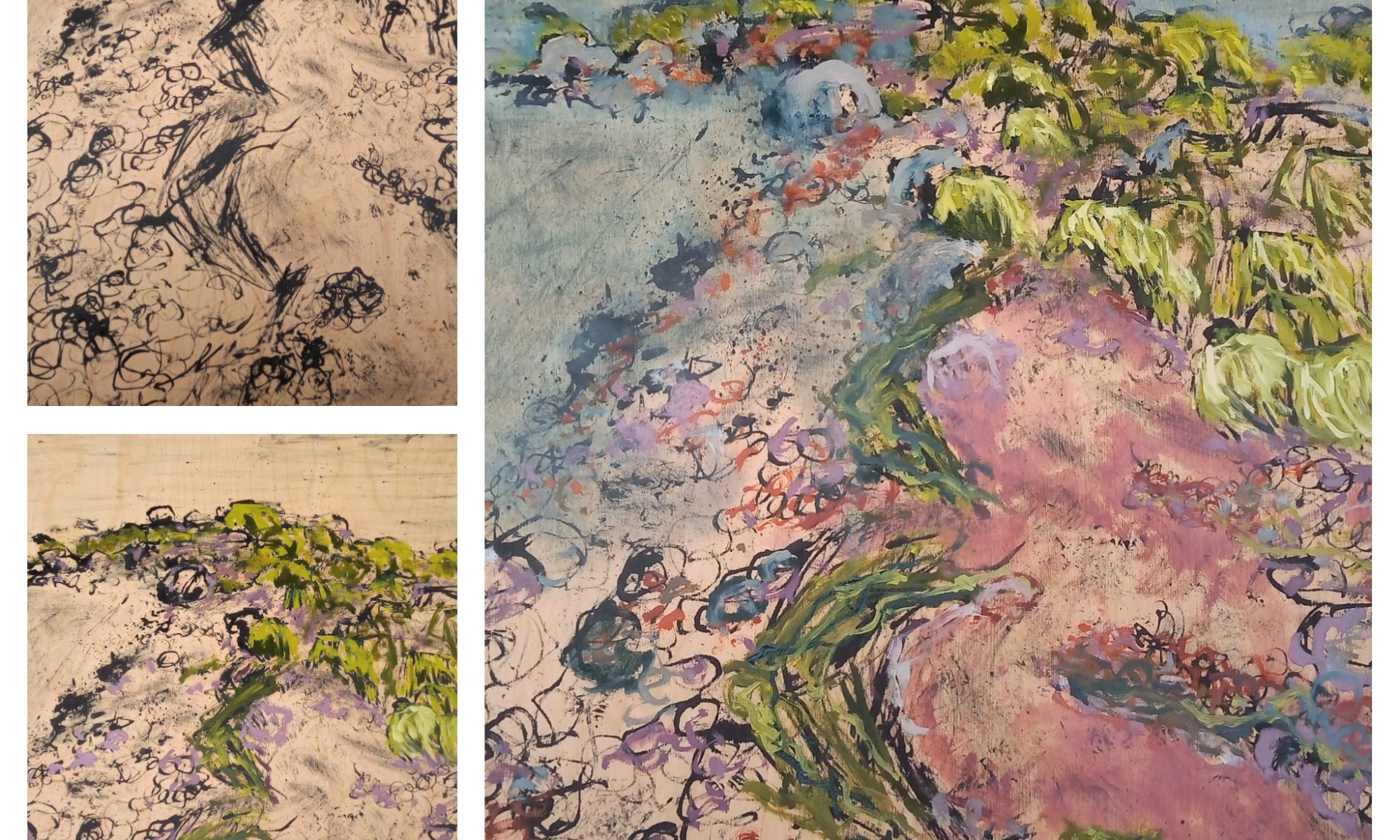 Another thing I’ve added to my list for this month’s painting project is to have a go at painting from dark to light, rather than from light to dark as I usually do. It necessitates knowing which of your colours are opaque so they’ll show up on top of a dark colour, and presents the challenge of leaving bits of the shadow areas unpainted so the dark base layer shows through.

I was reminded of it when I noticed that “other than white” versions of the non-absorbent primer by Michael Harding are now available at Jackson’s (affiliate link). MH is a UK brand renowned for its quality of his oils paints and range of colours. Lots of traditional pigments in the range, some with prices in the “ouch” category.

I’ve been watching out for MH coloured primers because the range includes a clear primer, which will be less less grabby/rough than the one I have been using (Holbein, medium grain) on wood panel to let the grain of the wood be part of the painting.

I then saw the black and headed into “ooohhh” territory. The other colours don’t tempt me as they’re not colours on my palette and risk ending up with a ground that doesn’t fit well with the painting, and the neutral grey isn’t exciting. Some of the oil paintings I’ve done that I was happiest with I started with a Payne’s grey acrylic ink drawing. So a black gesso would do similar, albeit without gaps. I look forward to finding out.

One thing I do wish though is that the containers the Michael Harding ground comes in were narrower. The lid on the white one I’ve got is too big for me to get a grip across it to unscrew it easily. I wish it came with a narrower lid that had a flip/twist to squeeze some out nozzle and could be screwed off to access with a brush.