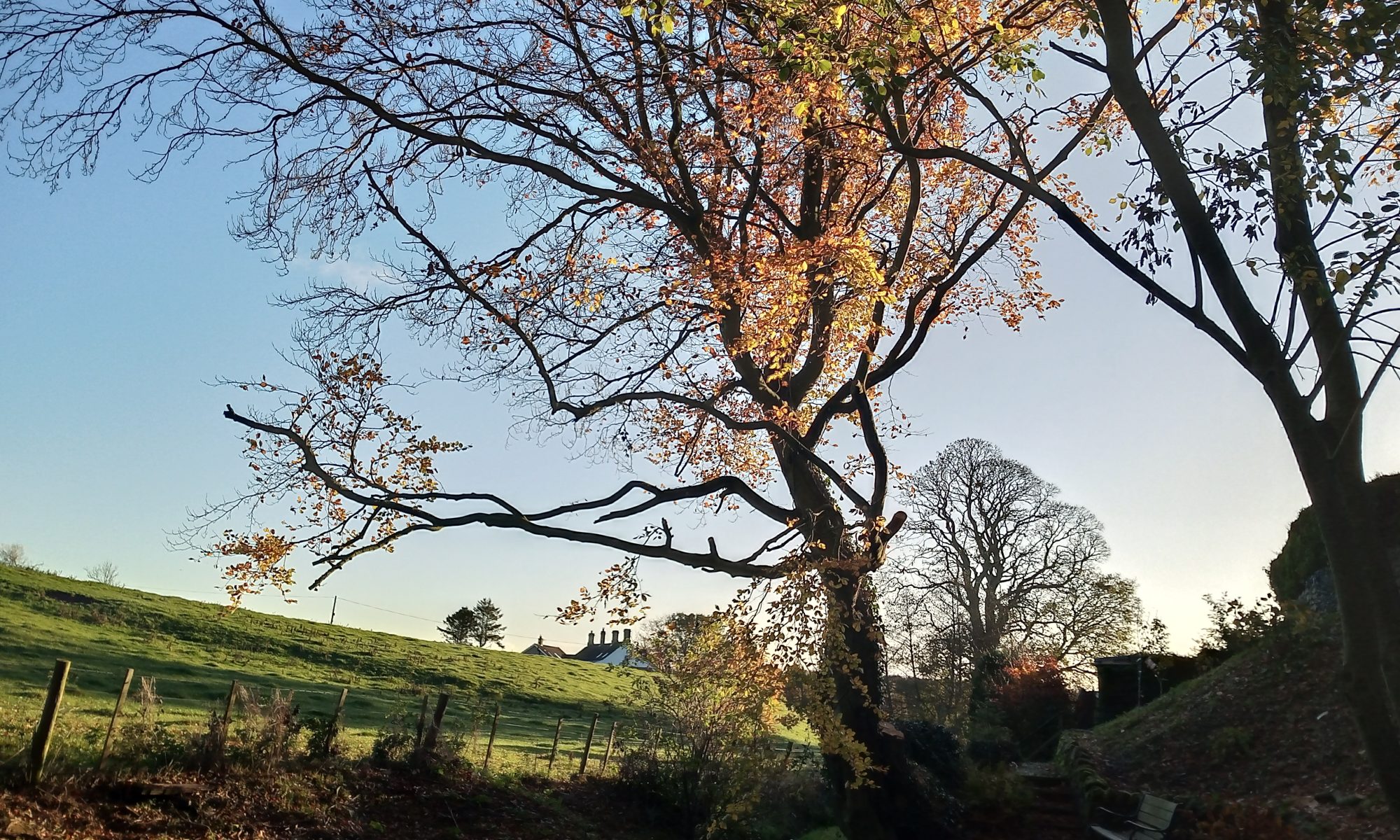 This month’s reference photo was taken in southern Scotland on a crisp November morning with the sun relatively low in the sky, backlighting and silhouettting a scattering of autumnal leaves and branches. It’s is an excuse to get out yellow, orange, sienna, as well as explore strong darks. The challenge lies in the dark foreground: having it dark enough to have dramatic impact but still pull you into the painting.

In the dark foreground there’s a stream, path, bench, and autumnal leaves covering the ground. If you click on the photo to get the full-size version you’ll see these more clearly.

You might choose to mix a chromatic black (the darkest mix you can create, typically a blue/green/red) rather than use a tube black because it’s a richer dark. It’s also easy to create gentle variations in it by varying the proportions of the colour in the mix and/or by not mixing the colours completely before you use it.

I’d be telling myself to not go too dark too early but to also not be afraid of the dark. Better to need to glaze or add another layer of dark later on in the painting’s development, than to have a black hole. But not to be half-hearted about committing to having a dark foreground.

If you’d like to see your painting included in the project gallery, simply email it to me. And remember, it’s never too late to do any of the monthly painting projects or share your paintings of any of these. For some extra project-related content and one-to-one help, become a project subscriber on my Patreon here.