It all started with a bunch of roses, which after a few days made their way into my studio. Faced with the decision of where to put them so that if I moved my easel I’d still have the same viewpoint, I decided to stand them on the base of my easel. Shift my easel and the roses would move too. That this viewpoint also eliminated the vase might have played a part in the choice too… 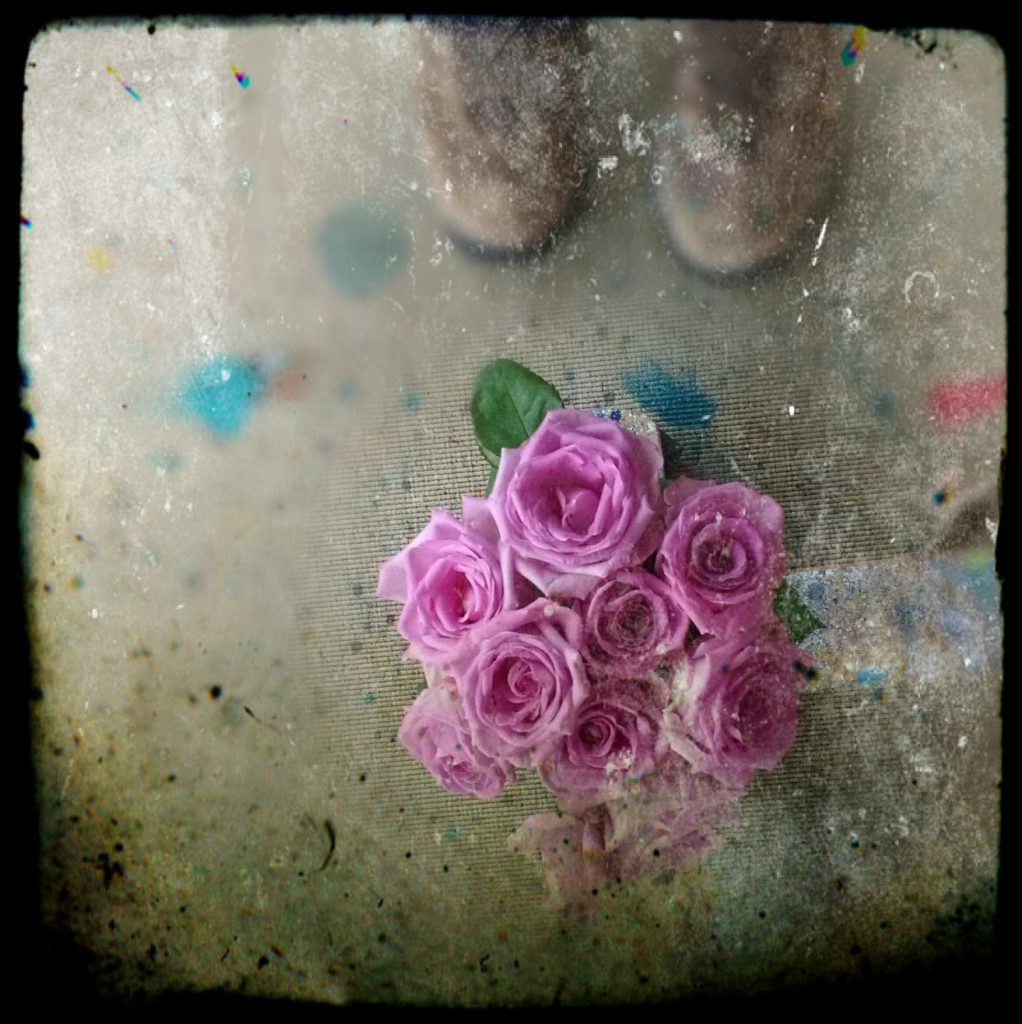 I started as I usually do, by covering the white of the canvas and broadly blocking in composition and basic shapes. I’m working in acrylics, with magenta and a blue.? (Think it was phthalo blue. It wasn’t Prussian, because I was using my tubs of Schmincke and I don’t have Prussian blue in those.) 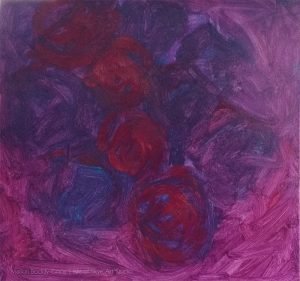 While this was not quite dry, a few rounds with lighter pinks and purples, then sprayedwith water to encourage it to drip. 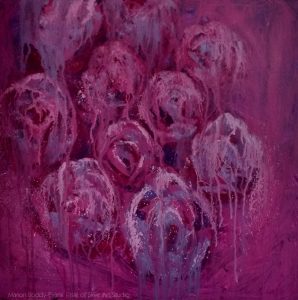 I then left it overnight to dry and ponder. My thoughts at this point were that it felt rather melancholic (Facebook friends tended to agree) and that I might bring in some “sunlight and happiness” with yellow or gold. And what better than that most beautiful of warm golds, quinacridone gold? 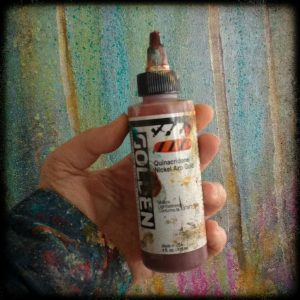 A round with this (including onto some of the background), rounds of darker and ldifferently;s and purples, until I found myself wanting to make small tweaks and stopped. It’s titled “That Moment“; size 50x50cm. There are things I love about it and things I’d do differently both will be taken forward into another painting. 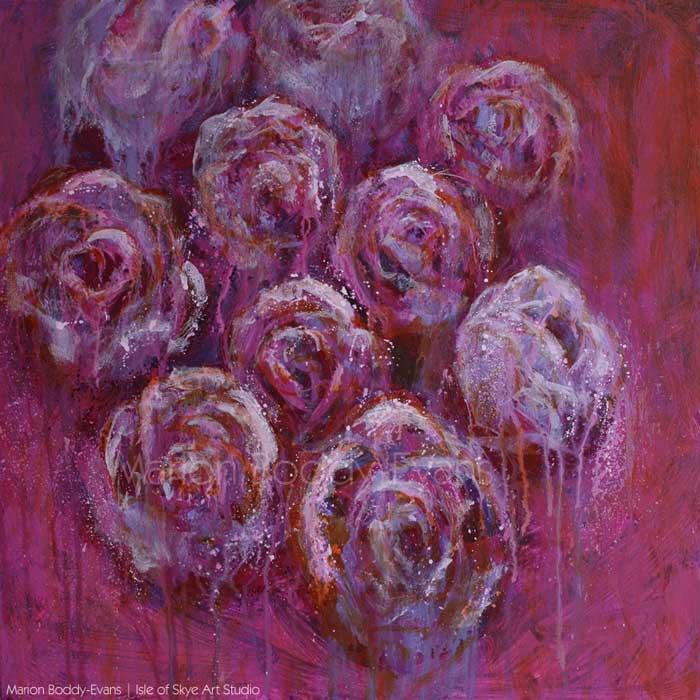