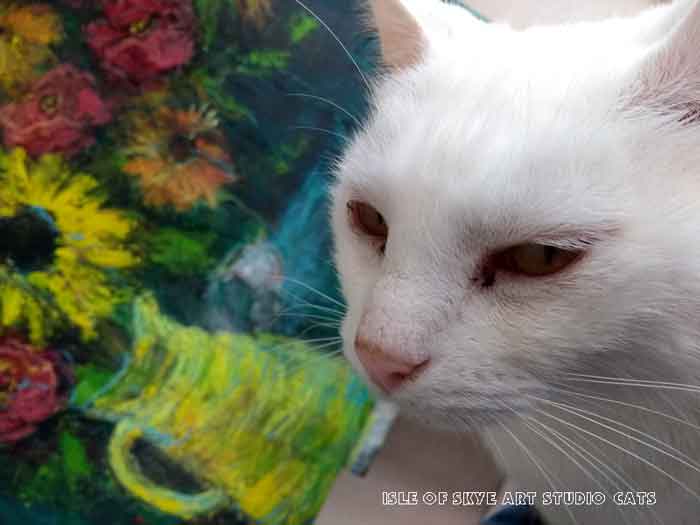 I’d been struggling and tweaking, faffling and fiddling without resolve, trying to push a painting further than the previous version but in doing so had ended up in a hole. That’s when I asked the in-house art critic’s opinion. The words “It Doesn’t Feel Like One of Your Paintings” were exactly what I needed and, with hindsight, it seems obvious that this was the major issue.

I had liked my first large painting of flowers in a yellow jug (photo below), and the previous versions done on A3 paper, but had ideas I still wanted to try so I started a second canvas with a view to using more black/dark. 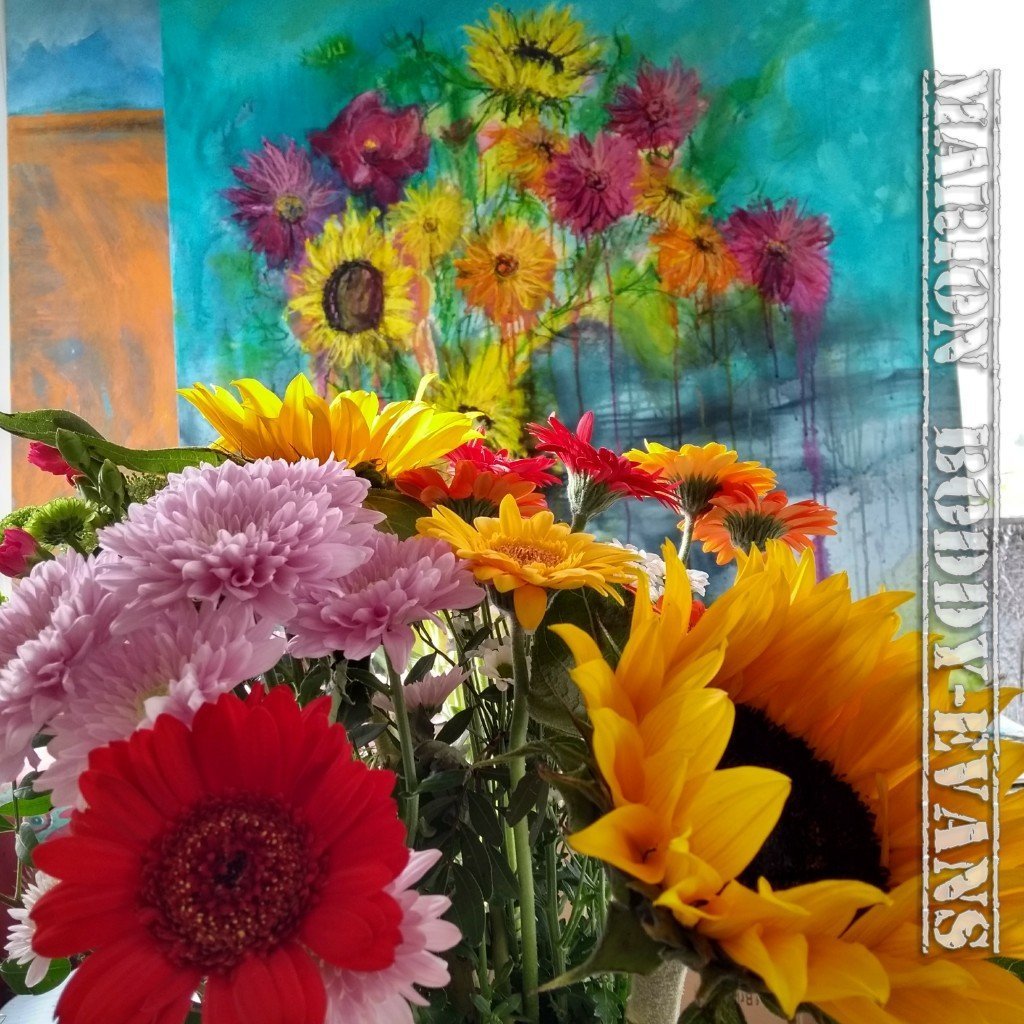 This is where the second version started, on a canvas that’s a bit smaller: 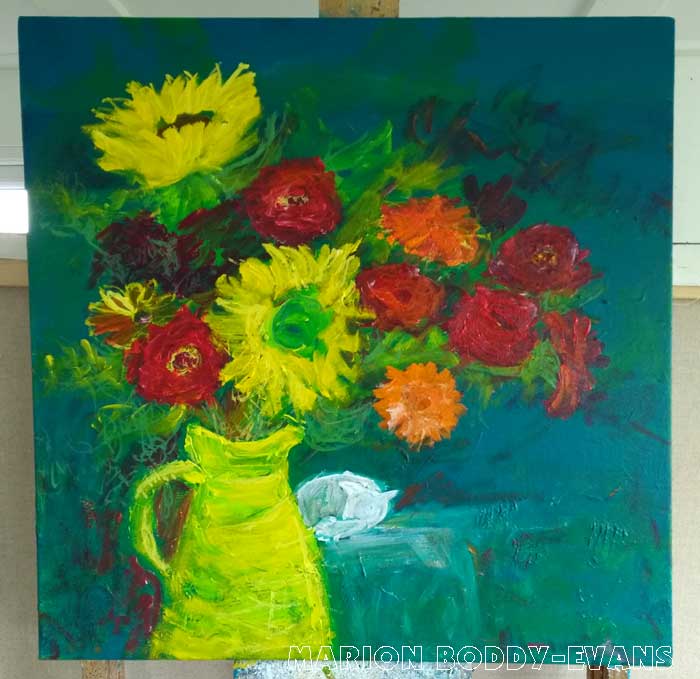 Then I allowed myself to be enticed by the dark side. 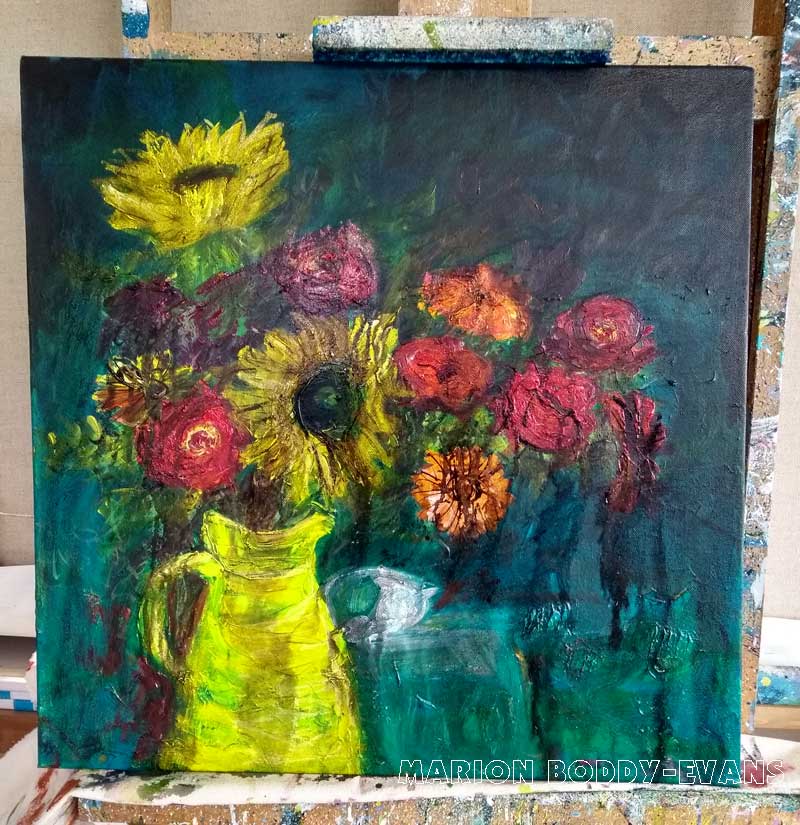 But then I felt I’d lost all the light and colour, so added more.

This is what the painting looked the first time I showed the in-house art critic. 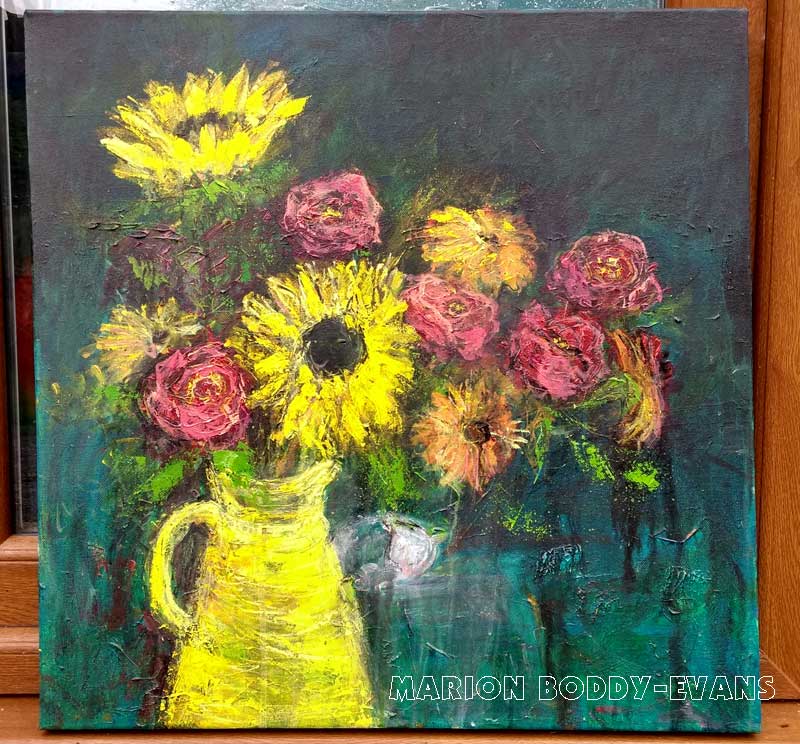 After a cup of coffee and a cookie, and a ponder, I had another round with the painting. Working more loosely, letting paint run, trying to make it feel like a painting of mine and not over-think it.

This is what it looked like next time I showed the in-house art critic. 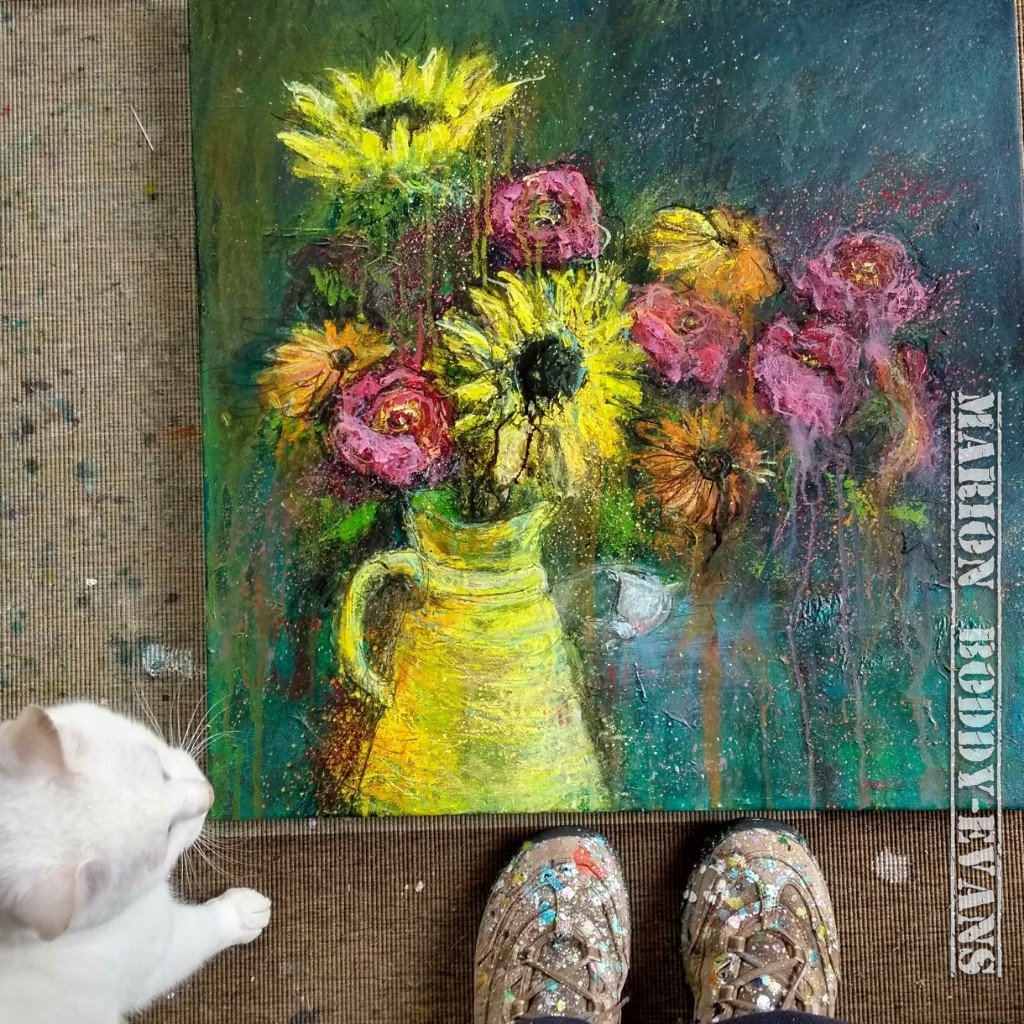 My last tweak was to add some more white to the cat. And left the inadvertent cat-head shape towards the bottom right which I’m not sure other people will see anyway. 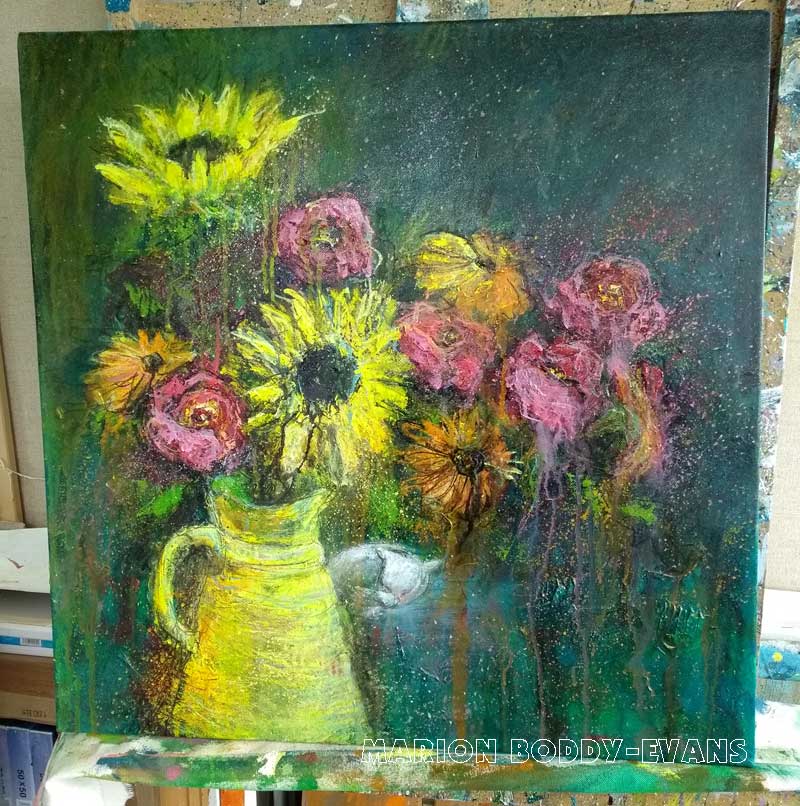 Is it finished? Is it more my style? Probably and yes, I think. Certainly I’m happier with it now, as is the in-house art critic. Studio cat has decided to sleep on the question and will let me know. What are you thoughts, on the painting and/or on style?