“The Majestic Minch” is the largest painting I’ve done on a single canvas, at 150x90cm. I could have laid it flat on my studio floor if I’d moved all sorts of things to create a large enough space (read: “not my idea of fun”) but, instead, once I’d decided I would tackle it (read: “this canvas sat around for years intimidating me with its size”) I waited for some dry weather and took it outside (read: “let’s play in the sunshine”). 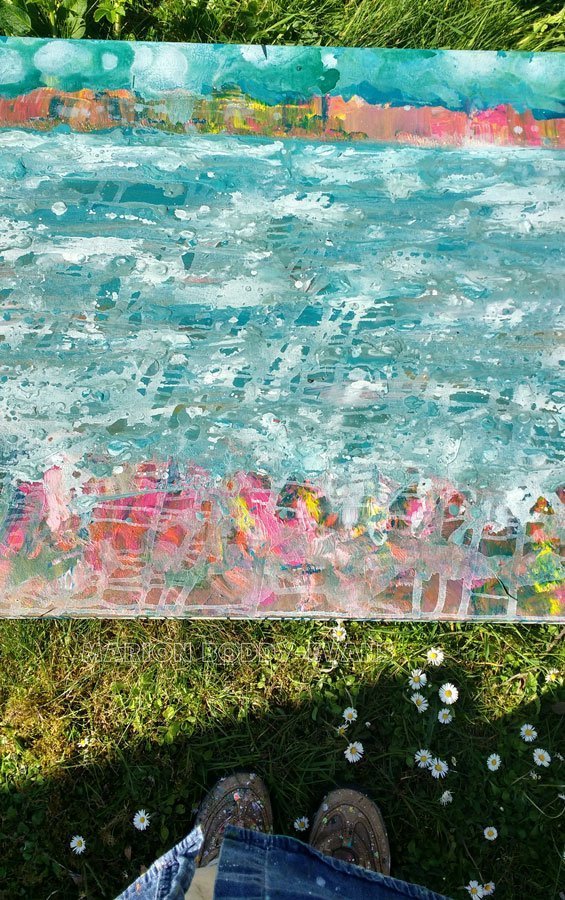 The initial challenge was how to eliminate all that intimidating white. I had the composition/colours in my head, a summery Minch seascape, when there are little pink flowers (thrift) blooming along the coastline, with “interesting greys” in the water, and the line of outer isles. So out came the squeezable bottles of acrylic plus a big brush and some water. Oh, and a bit of canvas to catch runs of paint, because I was working on a slight slope.

First down was Prussian blue, spread across the sky area to cover all the white and broken up where there’d be sea. Sprayed this with some water to help spread it and to let it run, and spread with a brush dipped in water, hence the blue on the dropcloth. Then some yellow, which brushed mixed with the blue to give green, then golden ochre, light pink and white, which were spread and mixed for the shoreline, and then golden ochre for the distant islands. Because it was sunny and dry, the paint was drying quickly but not instantly (this is Skye after all), giving time to move it around and mix on the canvas somewhat. 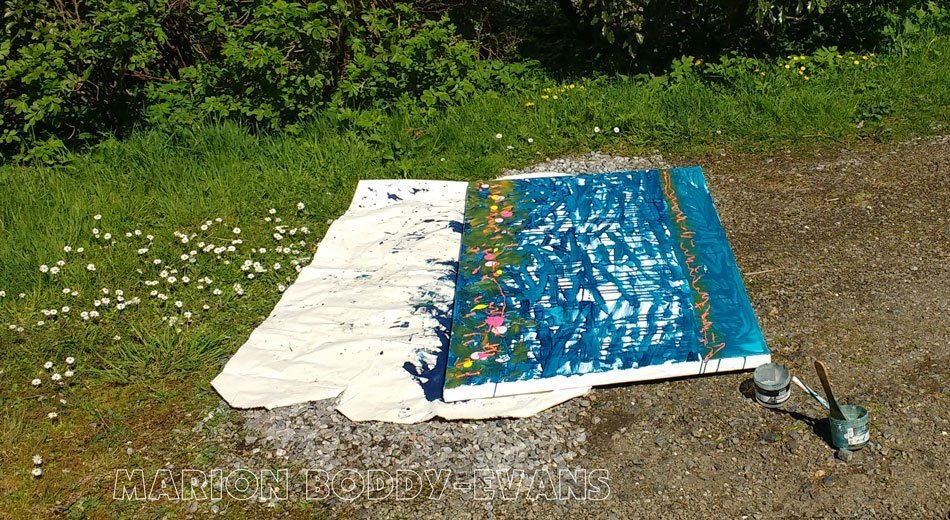 The angle of the next photo makes the brush handle seem longer than it really is. 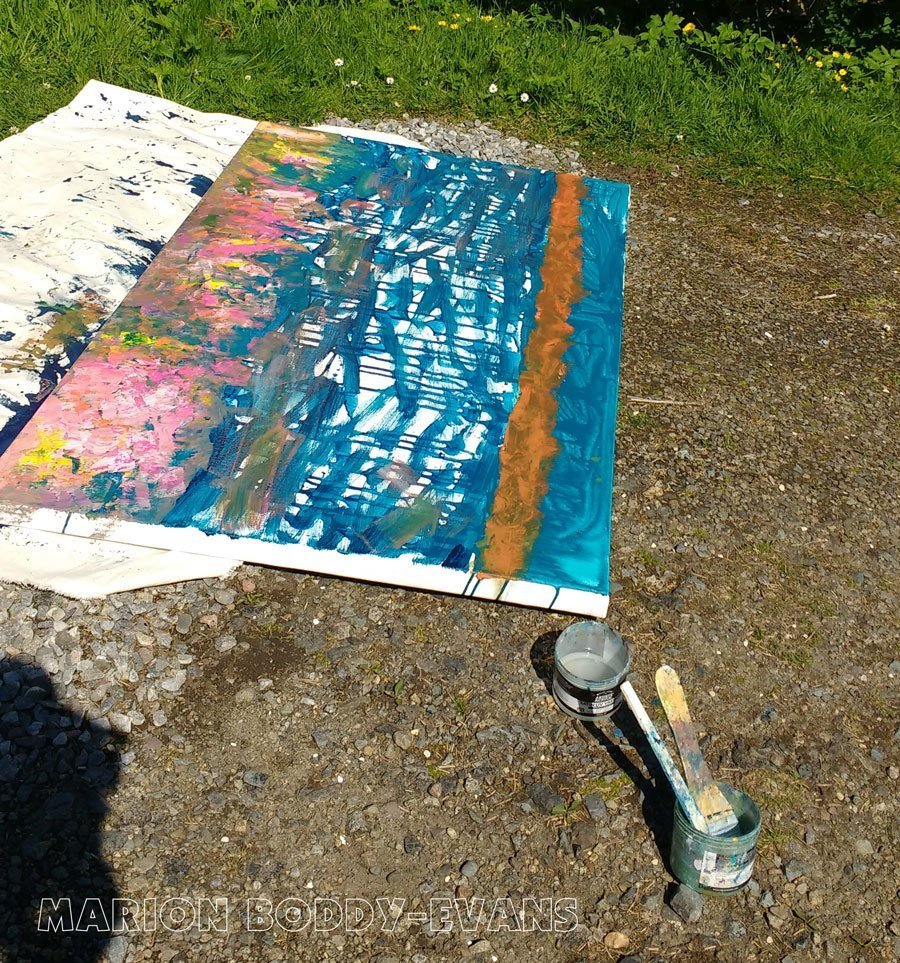 I added more layers of blue-greys, mixed in a squeezeable bottle so I could pour it out across the canvas, gradually getting lighter in tone and greyer in colour. I also added glazing medium and water to the paint bottle. I don’t have any photos because I was having too much fun painting to stop. The big size meant walking around and stretching over, and remembering to go edge to edge not only do the middle. 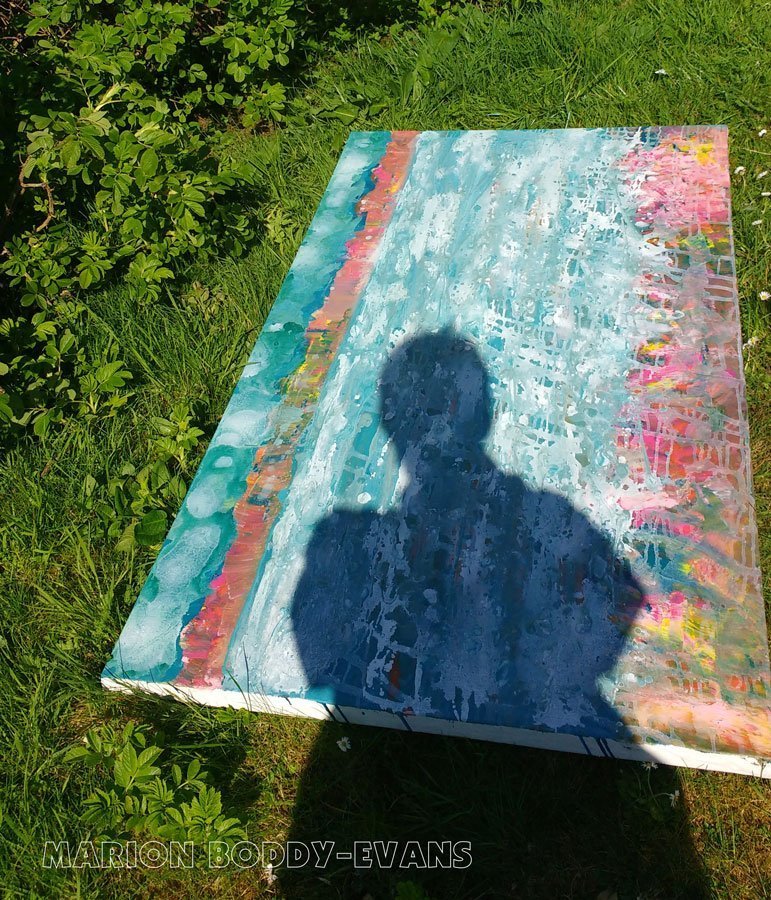 I left it outside to dry, moving it onto the grass where it is more level, then moved it into my studio onto my easel for the pondering stage and, ultimately, the final rounds. Most significant change was the distant islands, knocking back the bright colour without obscuring it completely and adding some “rain”. I also worked on the sea, adding in darks?and lights, spray on the shore (read: small additions, lots of pondering, more additions and tweaks). 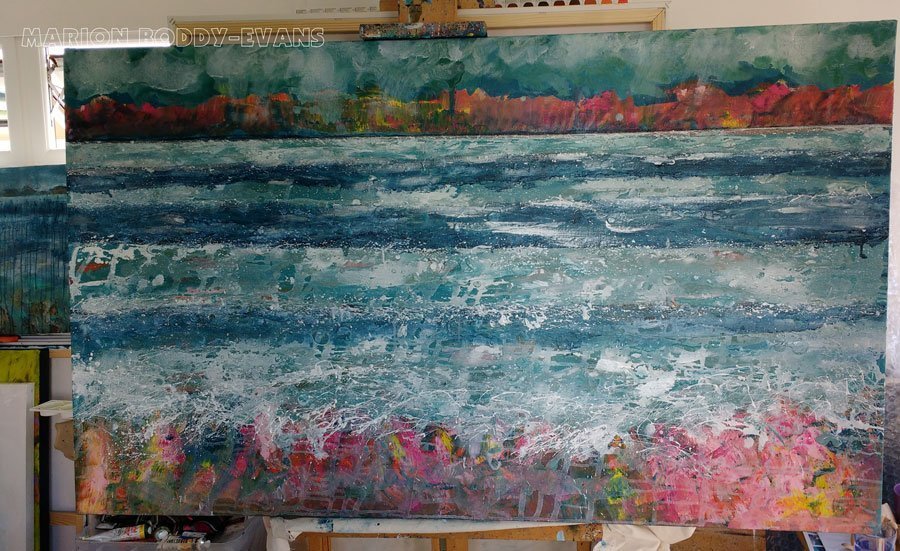 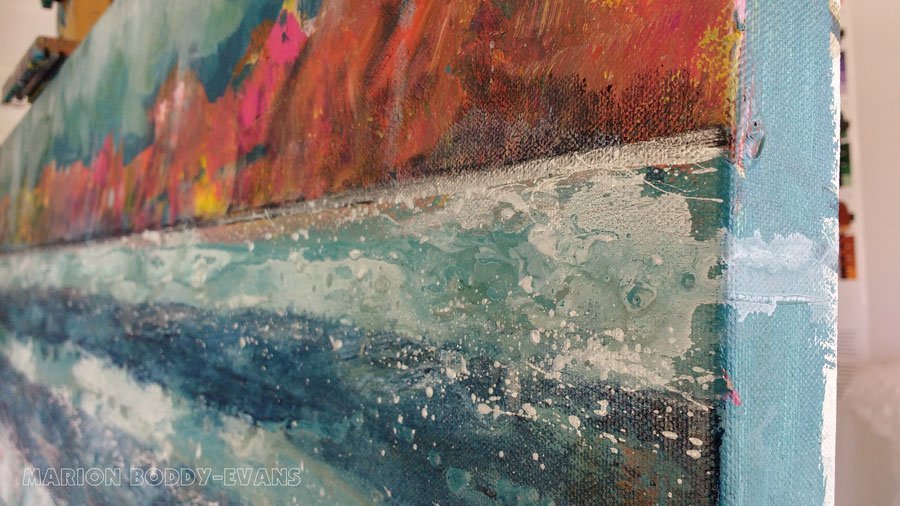 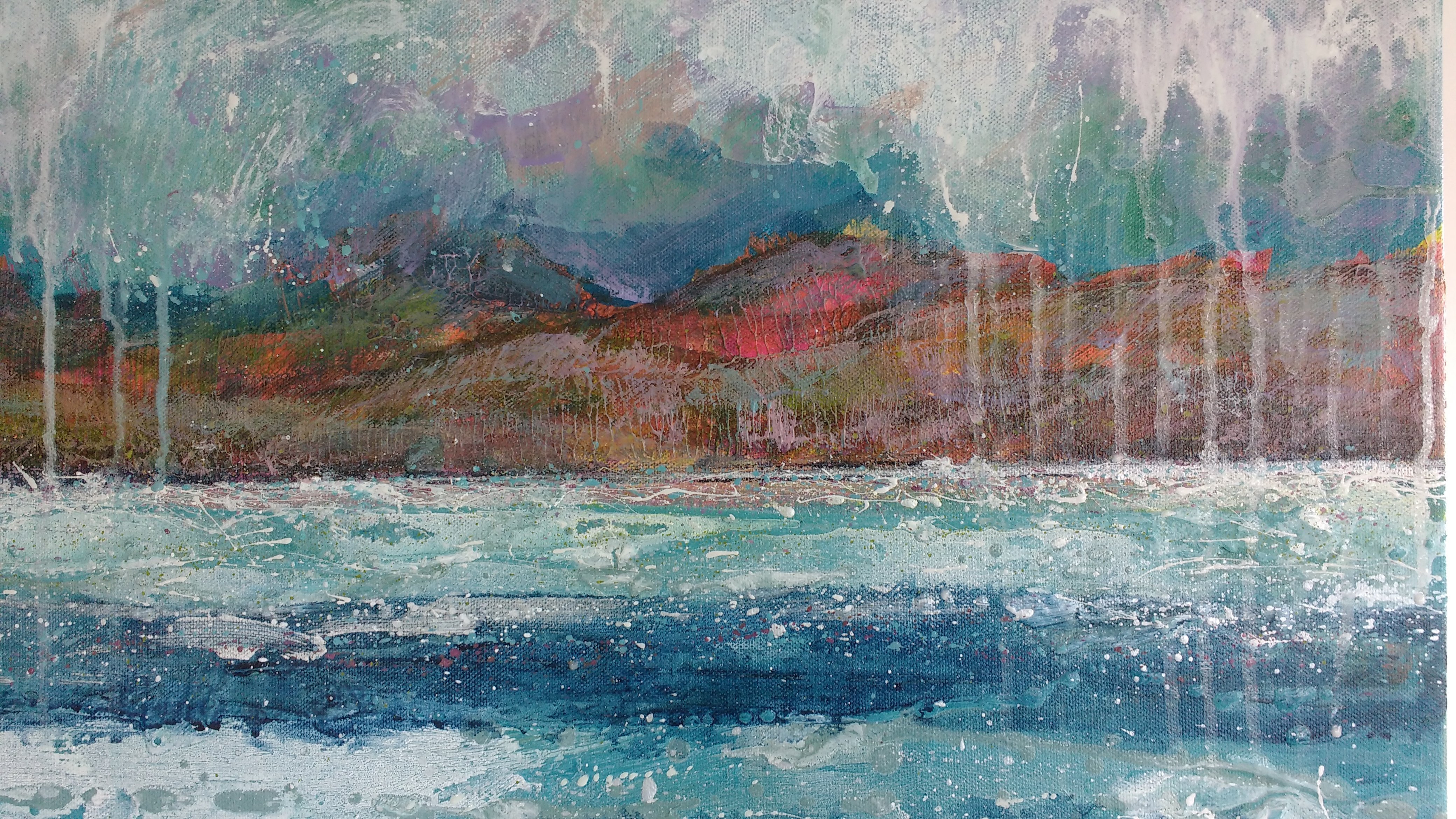 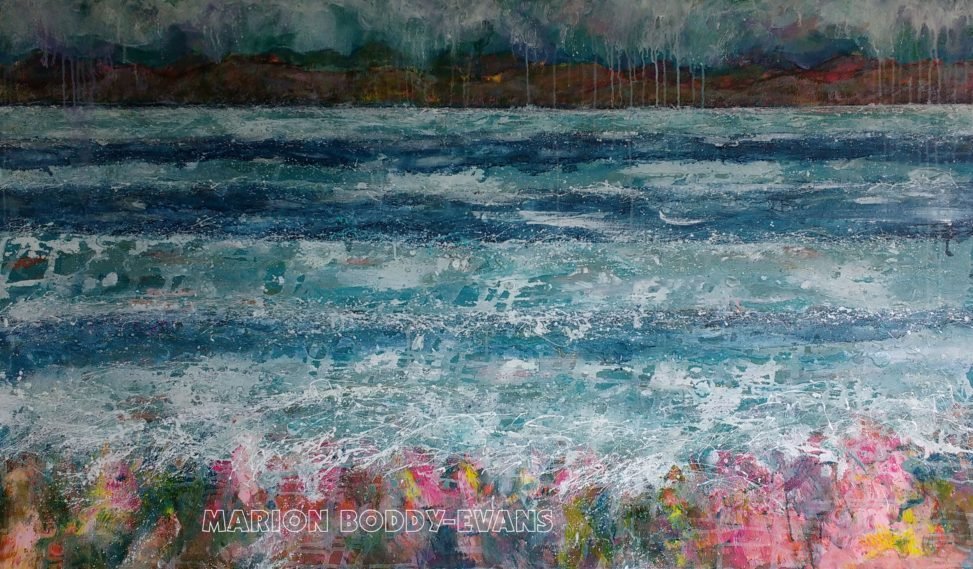 Used in this painting:

2 Replies to “How I Created My Biggest Painting Yet”