“… imagination is a capacity that must be developed, and only that enables us to create a more exalting and consoling nature than what just a glance at reality (which we perceive changing, passing quickly like lightning) allows us to perceive.

We may have varying levels of inherent imagination, but it is also a skill that can be developed. If the word “imagination” frightens you, for whatever reason, whether it’s because you believe it contradicts “the truth of nature” or because you think you don’t have any/enough, substitute alternative words.

How about “enhancement” or “colour saturation” or “brushstrokes”? Pick an aspect, something specific, and work on that rather than the vast vagueness of “imagination”.

And take inspiration from the fact that it’s Van Gogh’s second starry night painting that is the famous one, not his first. There’s a fair bit of imagination separating the two, in mark making and brushstrokes (less so in colours). 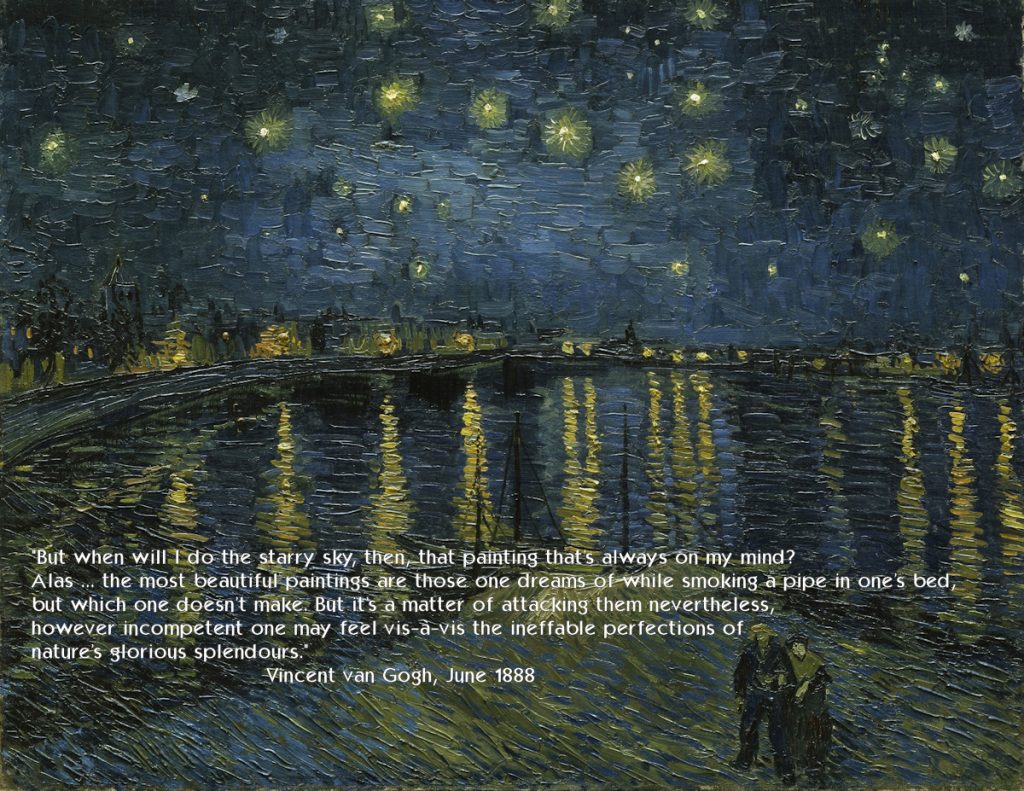