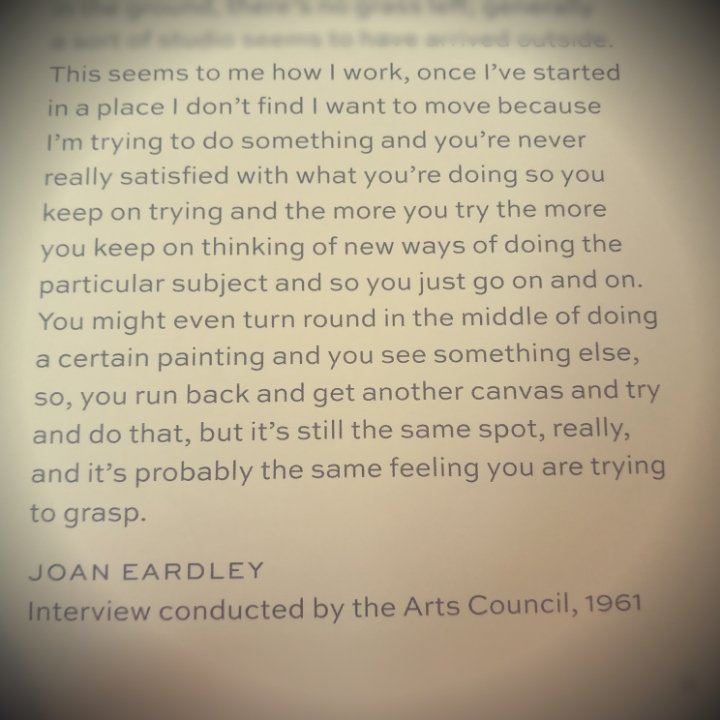 “This seems to me how I work, once I’ve started in a place I don’t find I want to move because I’m trying to do something and you’re never really satisfied with what you’re doing so you keep on trying and the more you try the more you keep on thinking of new ways of doing the particular subject and so you just go on and on.

“You might even turn round in the middle of doing a certain painting and you see something else, so, you run back and get another canvas and try and do that, but it’s still the same spot, really, and it’s probably the same feeling you are trying to grasp.”

If you’re stuck for what to paint, have another go at something you’ve painted before, perhaps a subject you haven’t painted for a while or a painting where you feel you didn’t quite do the subject justice. I’d avoid putting up the first version where you can see it as you paint so you’re not constantly comparing. Look at it, think about what you like and don’t, then put it aside and don’t peak at it again until you’ve finished your new painting.

One Reply to “Monday Motivator: Go On and On”