The Frost quote apparently comes from his essay The Figure a Poem Makes, and the next sentences read thus:

“Like a piece of ice on a hot stove the poem must ride on its own melting. A poem may be worked over once it is in being, but may not be worried into being. Its most precious quality will remain its having run itself and carried away the poet with it. Read it a hundred times: it will forever keep its freshness as a petal keeps its fragrance. It can never lose its sense of a meaning that once unfolded by surprise as it went.”

Follow any “what if I…?” thoughts when painting as you can always come back to your original idea (or restart), but you can’t know where such impulses may lead. It’s not always somewhere you wish to be, but often enough somewhere you’d never have predicted.

I remember reaching impulsively for some rarely-used black ink and a brush to add the strong negative space to what up to that point had been a careful pen drawing. I still love the result, and have carried (and used!) a small bottle of ink in my pencilbox ever since. 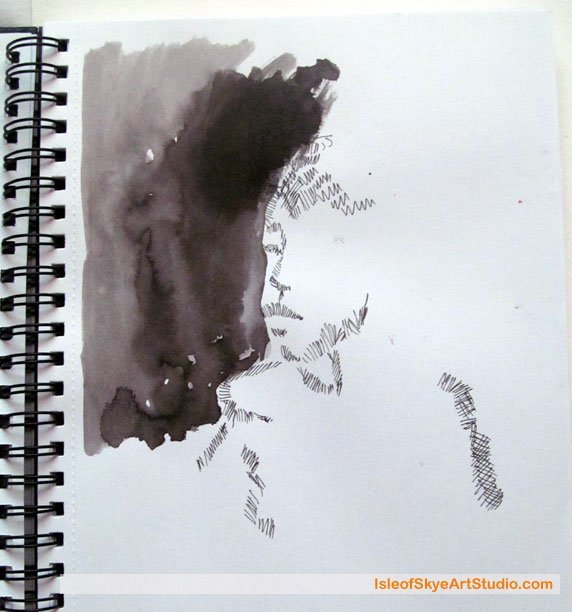