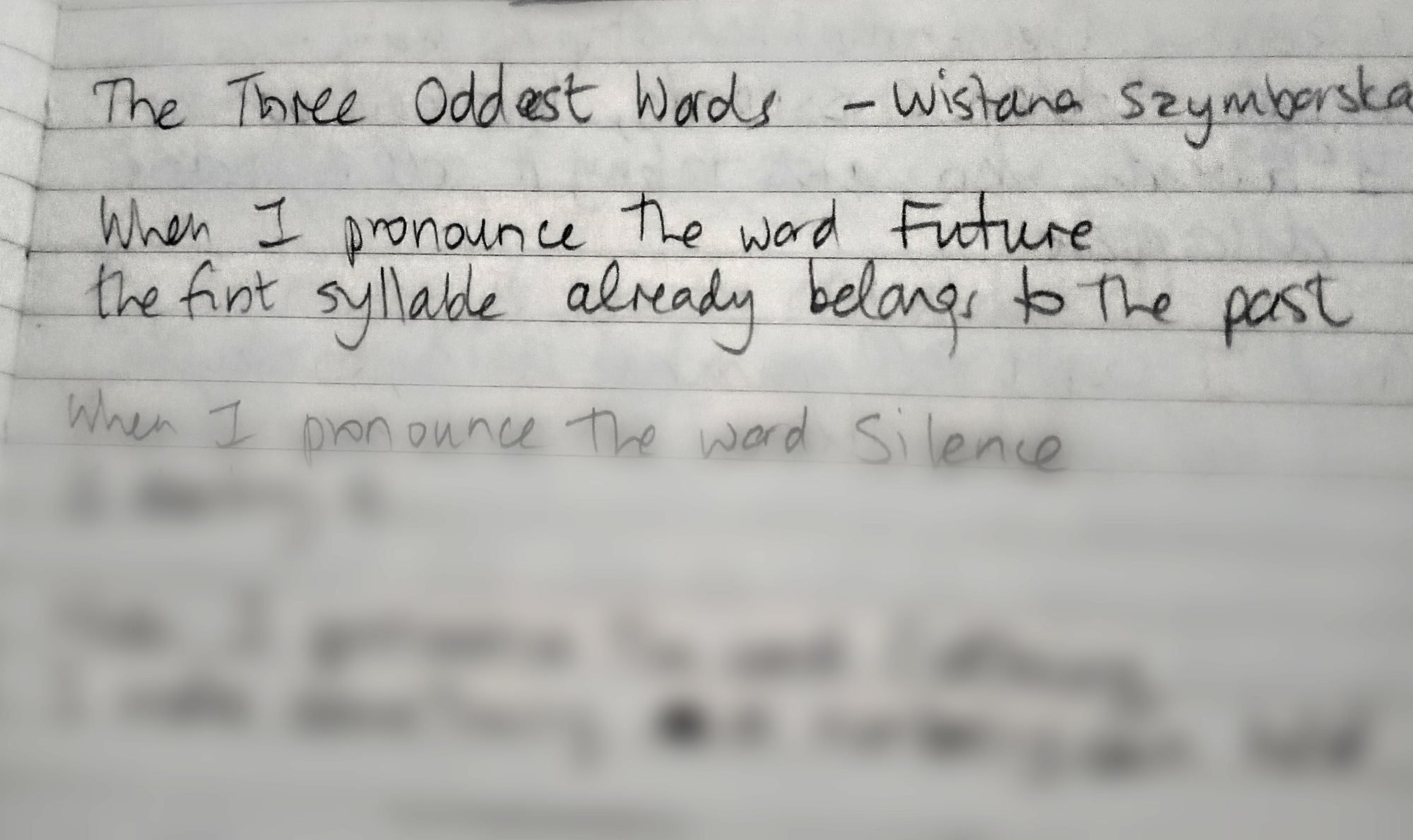 “When I pronounce the word Future,
the first syllable already belongs to the past.”

From the poem “The Three Oddest Words” by Wislawa Szymborska

In her Nobel Prize for Literature lecture in 1996 Wislawa Szymborska said: “It’s not accidental that film biographies of great scientists and artists are produced in droves. The more ambitious directors seek to reproduce convincingly the creative process that led to … the emergence of a masterpiece. … Films about painters can be spectacular, as they go about recreating every stage of a famous painting’s evolution, from the first penciled line to the final brush-stroke. …

“Of course this is all quite naive and doesn’t explain the strange mental state popularly known as inspiration, but at least there’s something to look at and listen to. But poets are the worst. Their work is hopelessly unphotogenic. Someone sits at a table or lies on a sofa while staring motionless at a wall or ceiling. Once in a while this person writes down seven lines only to cross out one of them fifteen minutes later … Who could stand to watch this kind of thing?“

Painters can do little that’s photogenic for ages too. Thoughts, observations, doubts and doodles that become part of our past influencing paintings in our future.