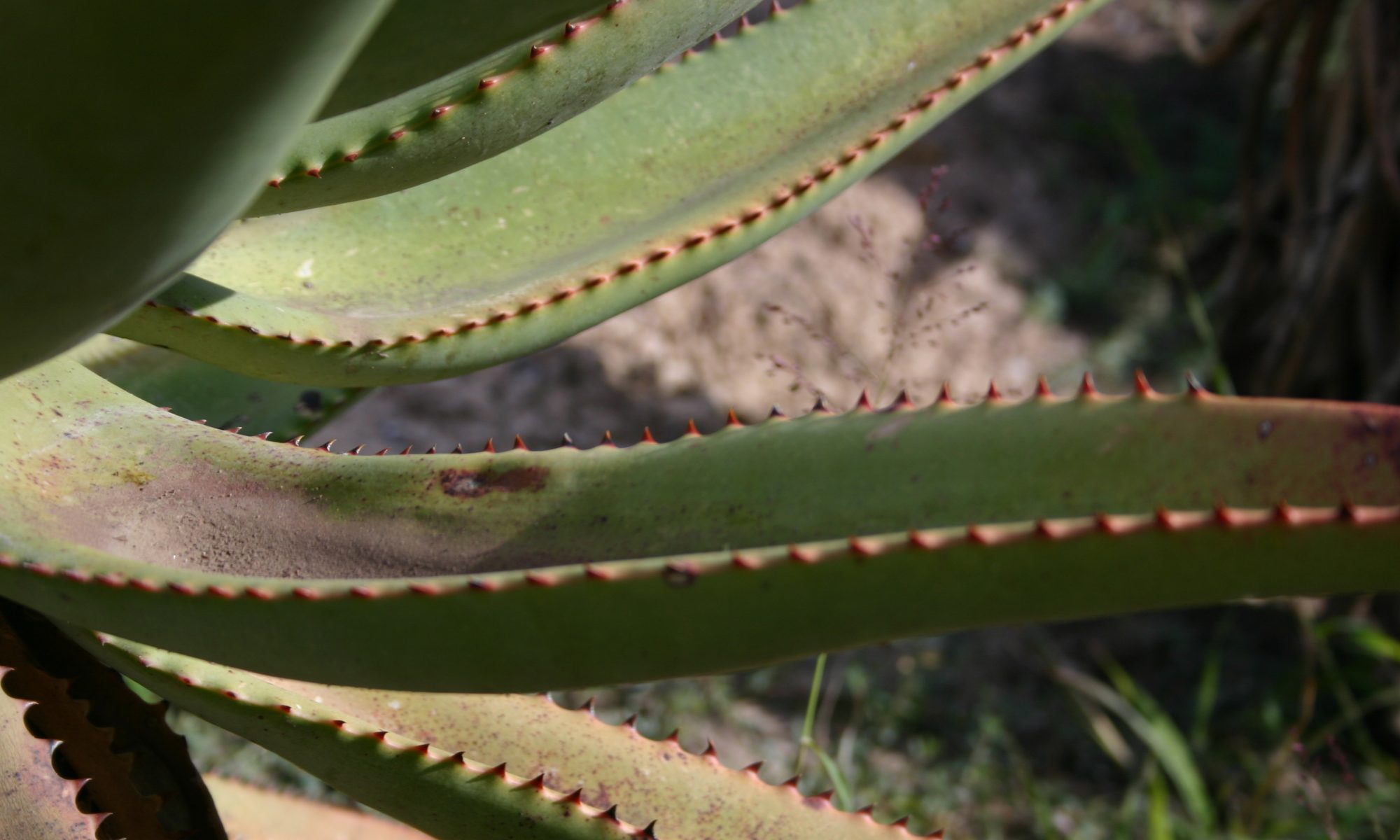 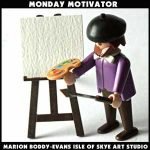 “To be an artist is to have a particular orientation to the world — the interior world and the exterior world — the exact composition of which is somewhat like temperature, impossible to deconstruct into individual phenomenological components without ceasing to be itself.”

I once got seduced by a row of aloes, which weren’t even in flower.
(Cue: Urm, okay.)

In a national park devoted to elephants.
(Cue: Can I rather see your ellie photos?)

It was in the rest camp, where I’d set out to walk to the waterhole viewing platform but didn’t get that far for a while. These aloes stopped me. 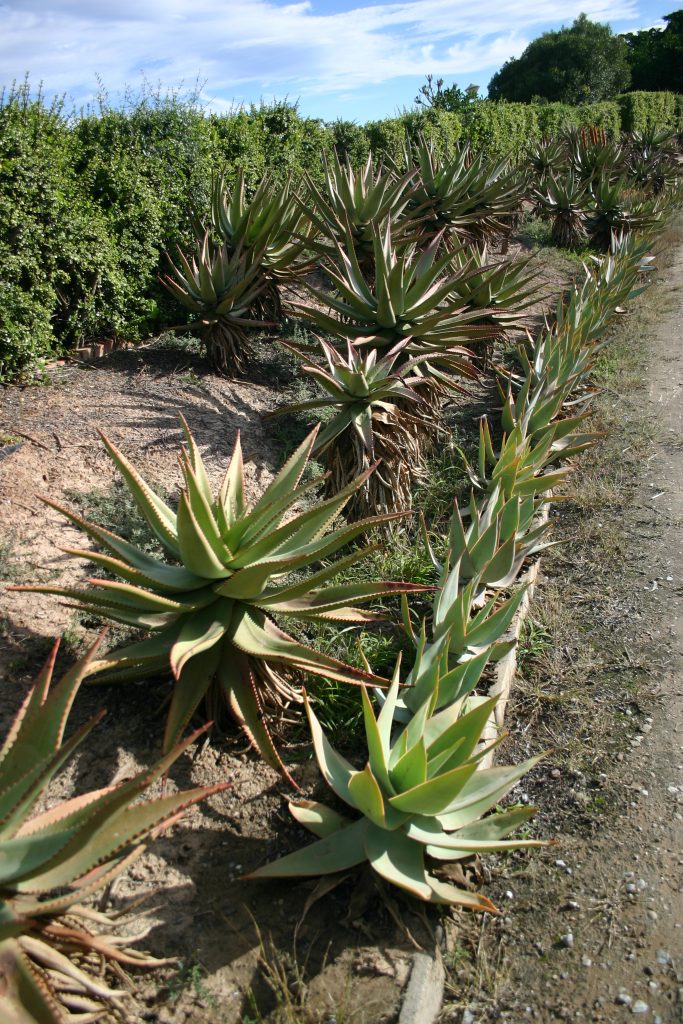 As a group, it’s easy to glance, judge it to be a row of plants, and keep going. Close up though, there’s a world of pattern and shape and colour and shadow to investigate. 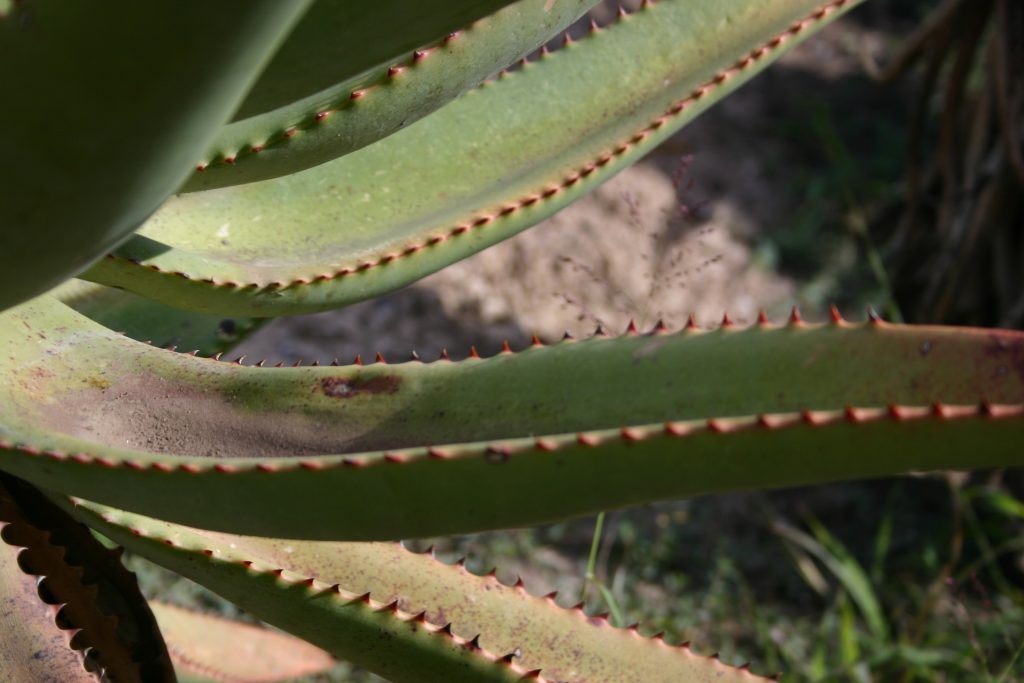 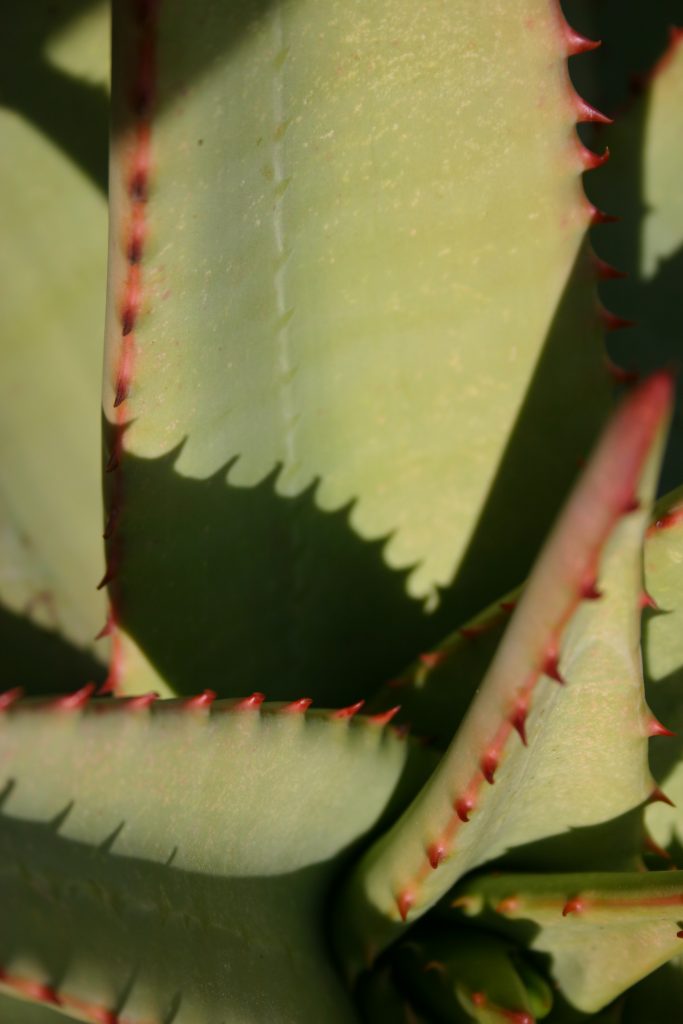 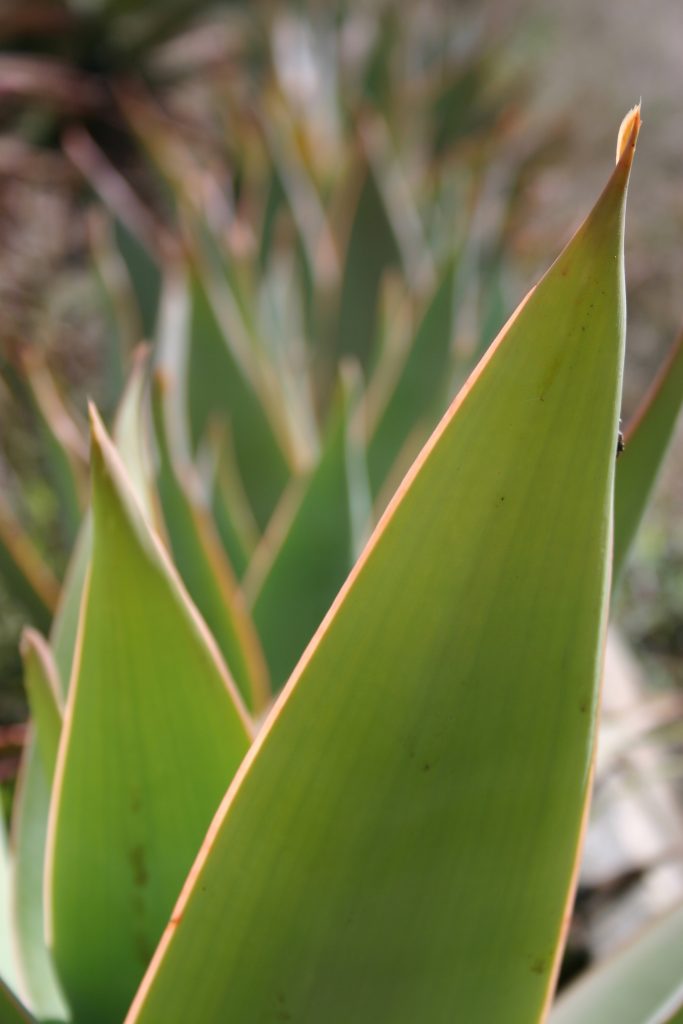 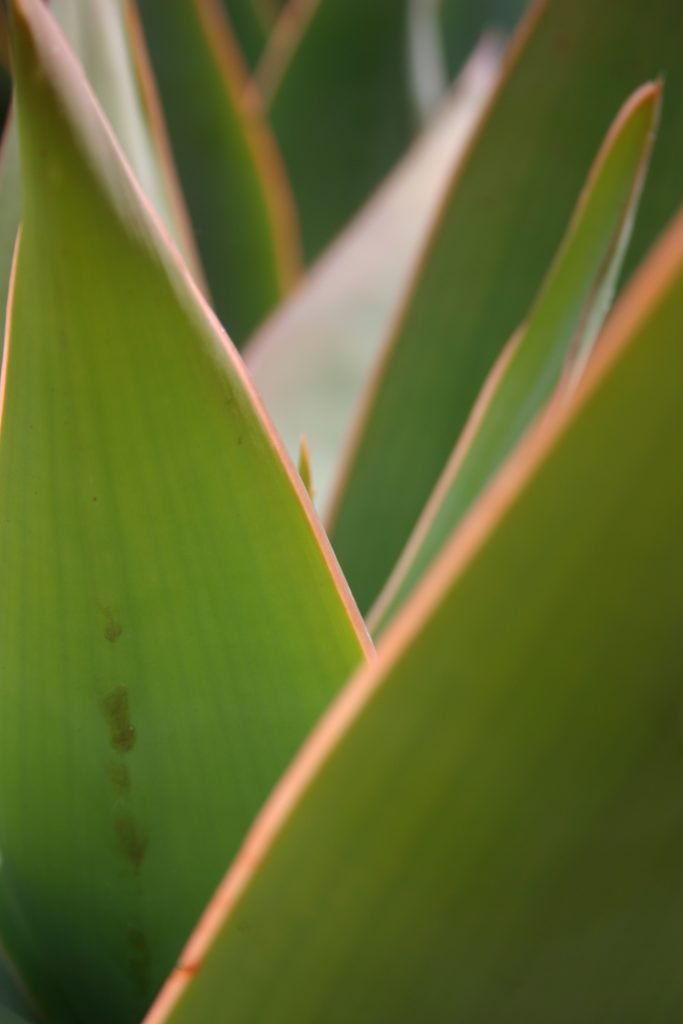 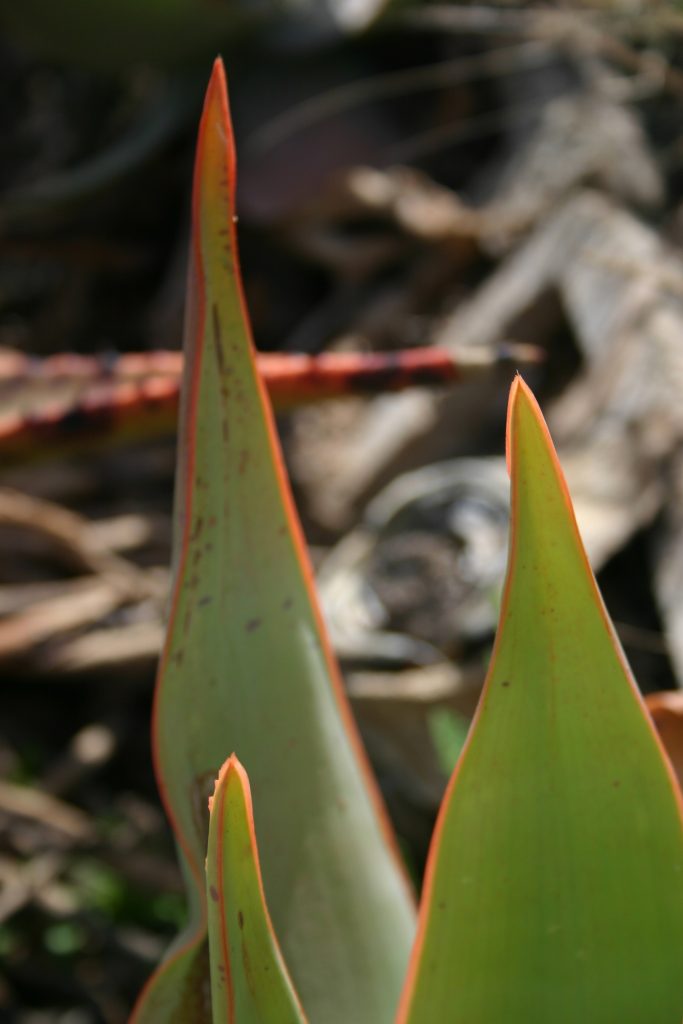 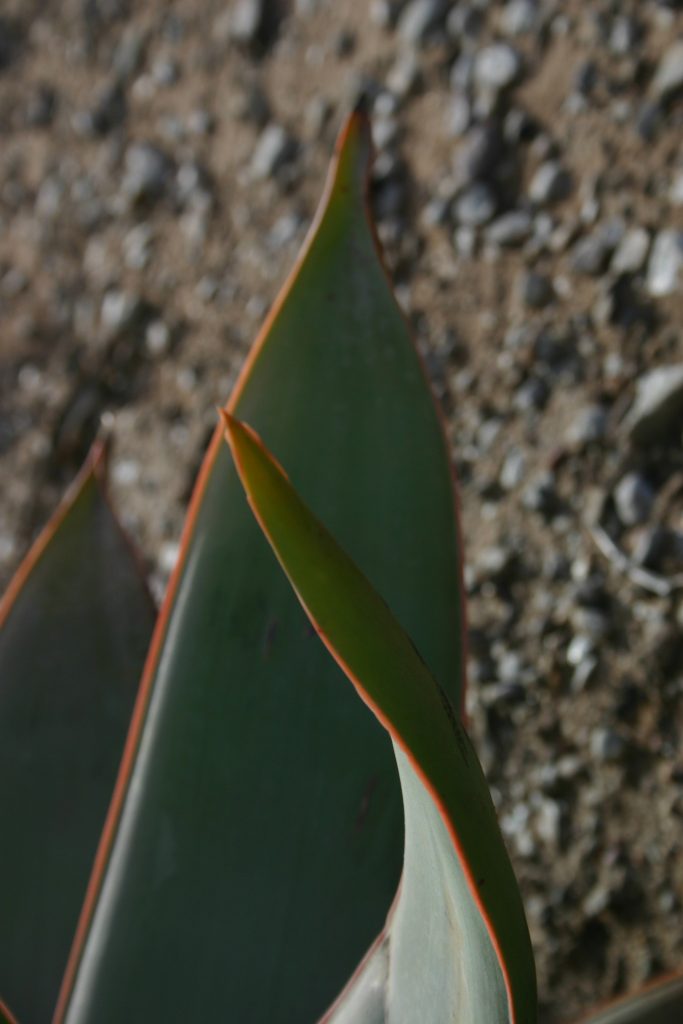 While I was taking the photos, several adults walked past, giving me that “What on earth is she doing?” look. A young boy came along, watched me for a bit, and then asked: “What are you looking at?” I explained, let him see it through my camera, we chatted a bit, and off he bounced.

When I eventually got to the watering hole, there wasn’t an elephant in sight. We didn’t see one at driving around the park (Addo Elephant Park) because it had rained recently and the elephants then don’t need to come to the watering holes. So here’s an favourite ellie photo from another trip: 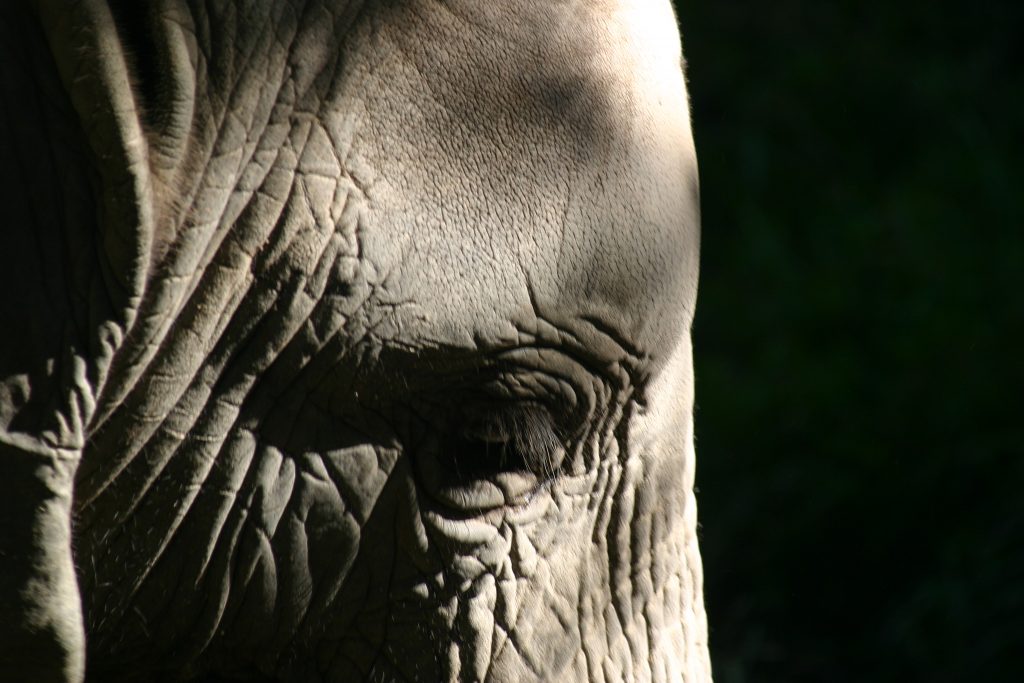 I wonder what she has seen.