You know how you sort-of know something, but all of a sudden something crystallizes it? Well, that happened when I read the above quote. I realised that if I actively think about aerial perspective, I always visualize it in tone. As in tone getting lighter. And then tone getting lighter and bluer. And sometimes I mess it up because I’m not paying sufficient attention to the tone because that’s something I tend to do. Of course tone and colour are connected, but if I can train myself to visualise it in colours first (as in: lighter colour rather than lighter tone of colours) … well, cue my lightbulb moment. Where’s that tub of lemon yellow for that distant hill?

Aerial perspective, in case you’re new to the term, is artspeak for how atmospheric conditions (“the air”) influence our perception of objects as things get further away. A sequence of mountain ranges marching into the distance is the easiest way to visualise it, I think, but it applies even the sky (directly above you, on a clear day, it’ll be much bluer than at the horizon, where it can fade to nearly white). I took the photo below at Tsitsikamma national park in South Africa, of the coastline looking east, on an overcast day. 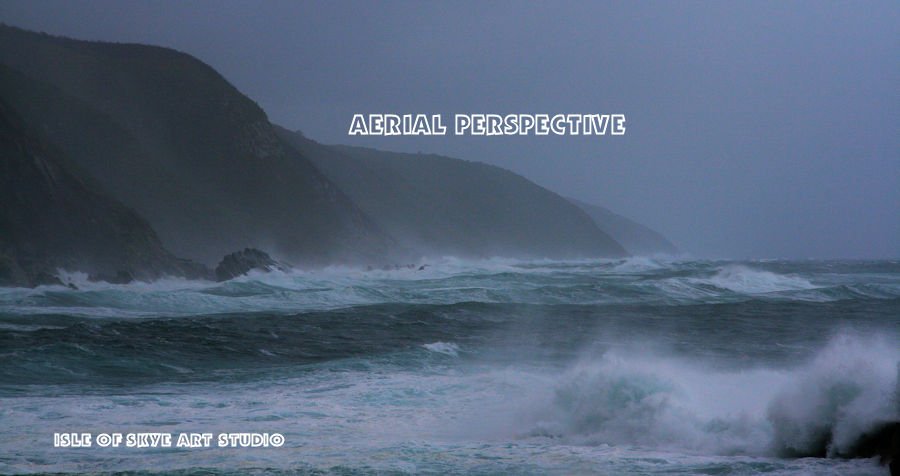 Now I need to look through my photos and find a reference that does aerial perspective in colour, not tone!