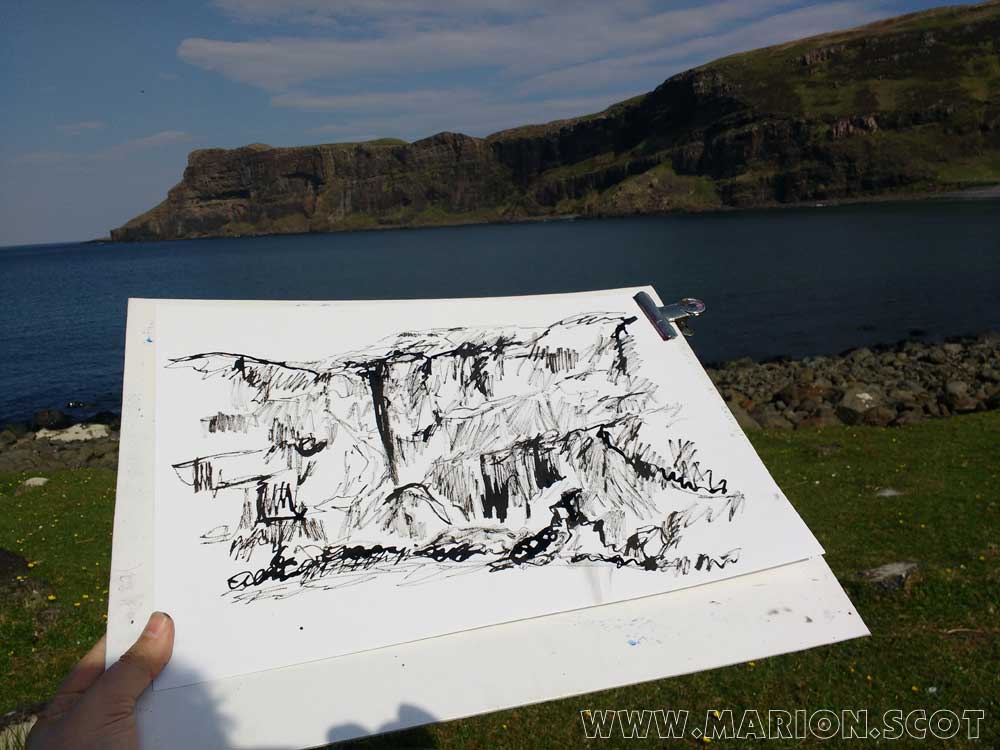 Yesterday I was so motivated by the forecast for not only sunshine (last week we had snow) but temperatures in double figures (it got to 19?C) that I was out the house before seven heading to Talisker Beach, which I had to myself for a couple of hours even though it was a Bank Holiday Monday.

First there was the joy of lambs on the walk to the bay. 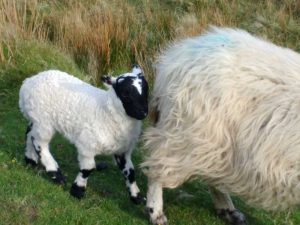 Then there was the joy of the colours, sitting still to look and listen. Soundtrack: waves breaking, pebbles rolling in the waves, lambs and ewes bleating. 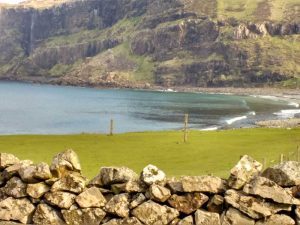 The tide was coming in, a couple of hours off high tide, so the sandy part of the beach was hidden. I had expected this, having remembered to check the tide timetable, and so sat where I could focus on the waterfall side of the bay.

First off, a coloured pencil and watercolour look at the headland. In the morning light the iron oxide was very visible, a rich earthy red amidst the black and greys. 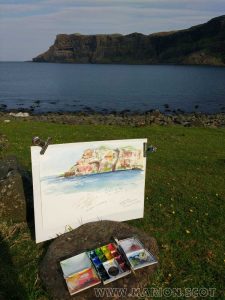 Another coloured pencil and watercolour. 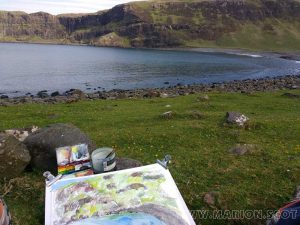 Then black ink and stick, focusing on the waterfall. 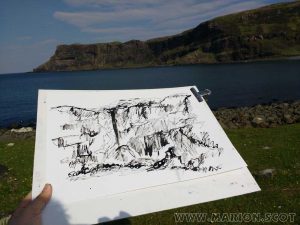 After enjoying using the black ink, this sketch looked a bit tame so I decided to add black ink to it. whether it’s an improvement or not is debatable. 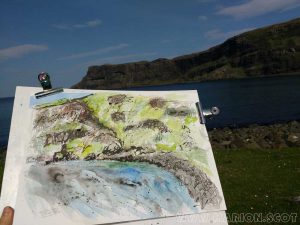 There were a couple of other sketches, which I forgot to photograph. By 10:30 there were other people on the beach, so I packed up and headed back. On one stretch of single track in the “middle of nowhere” between Talisker Bay and Carbost, I passed a couple of huge campervans, camera crew and models shivering in the breeze. One person was struggling to hold a large reflection board still. No-one looked happy, but I’m sure the results were beautiful, with the Cuillan as the backdrop.

It being so warm and sunny, I headed to my favourite spot, the slipway at Camus Mor, for some more sketching. Had it all to myself until I was leaving, when a Mum and four kids arrived dressed for a swim. 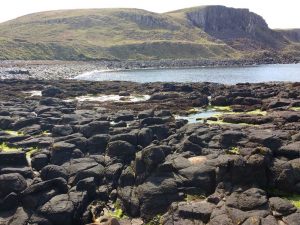 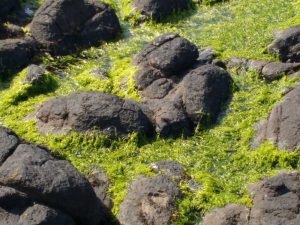 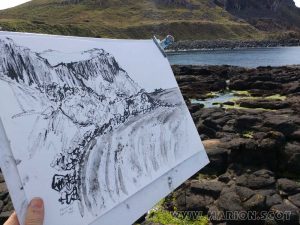 I ended the afternoon sitting with my back to the sun, looking towards the Shiant islands. 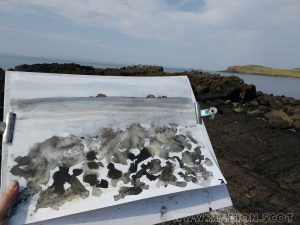 All in all a glorious day. And with sunshine predicted for the rest of the week, I don’t know how I’m going to get anything on my to-do list done.

2 Replies to “Motivated to Sketch on Location on Monday”