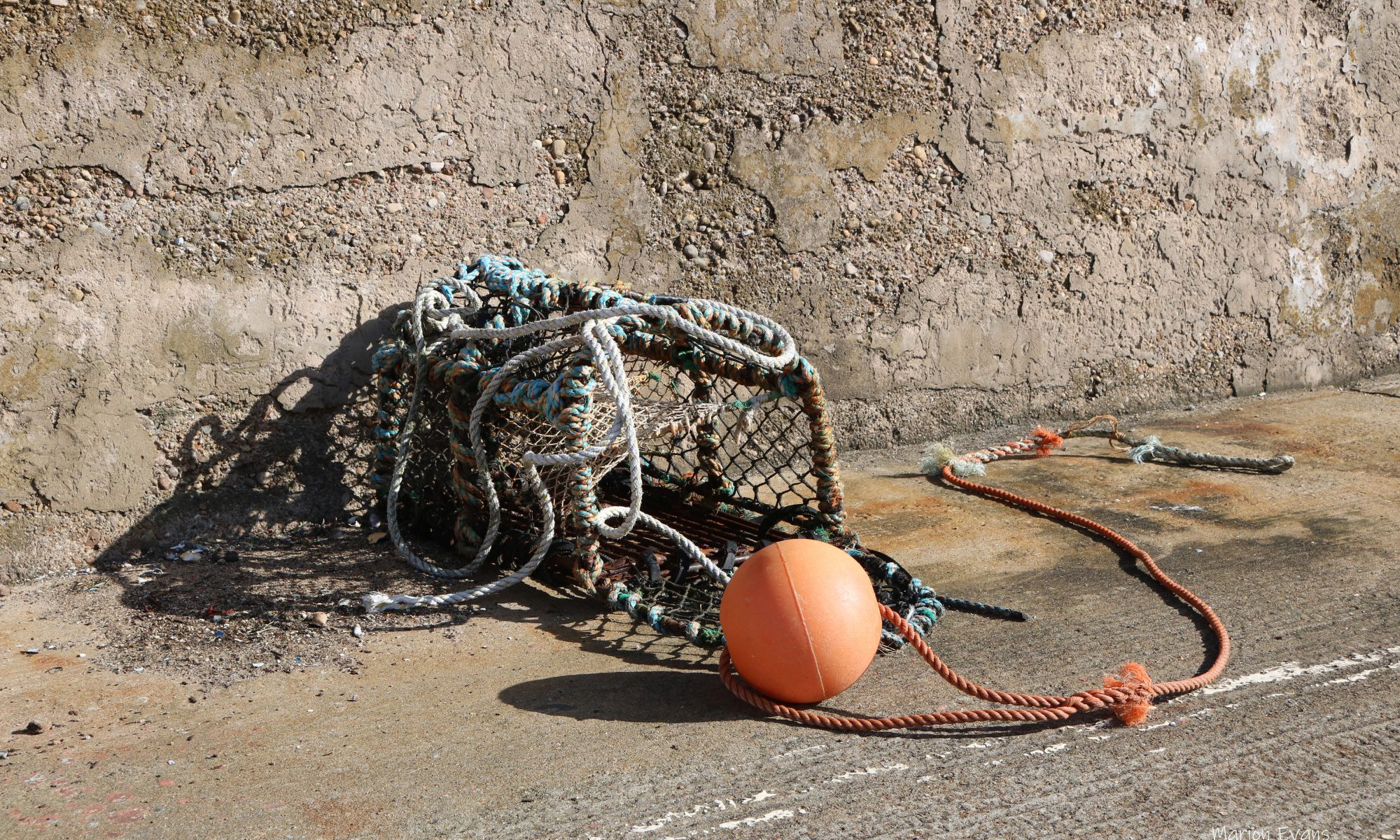 The reference photo for this month’s project is one I took at Findochty harbour on the east coast (see blog). It’s a juxtaposition of an attention-demanding orange sphere against a jumble of rope and pattern on the creel net, with the orange rope leading your eye along and back.

There are subtle colours in the concrete that could be mixed from the orange and blue of the ropes (plus white), along with the challenge of getting the sense of texture on the harbour wall. There’s an echo of parallel lines between the broken white stripe and the line at the base of the harbour wall. And then there are the cast shadows, creating a second layer of pattern with the creel net and another strong shape alongside the buoy. Not to forget the pattern and texture of the rope.

So a lot going on in a deceptively simple photo. It’s worth taking your time to make a list (in your mind or written down in a sketchbook) of the elements and considerations. If I were painting this in acrylics, I would start with the colours of the concrete, getting this working, and letting it dry, before tackling the rope, creel and buoy. And probably try some sgraffito (scratching into wet paint) with the rope. Maybe get out some texture paste too…

If you use the Rule of Thirds on the photo, you’ll see the creel net is in the centre, but because the orange buoy pulls your eye down and the shadow pulls your eye left, this doesn’t matter. With the composition as it is in my photo, the viewer’s eye doesn’t get pulled into the middle and stuck; other elements encourage your eye to wander around the composition.

This isn’t to say you couldn’t crop the image to another format, say square. This composition is just what I decided on after considering options when I was taking the photo (and looking through the photos I took later).

If you’d like to see your painting included in the project gallery, simply email it to me. And remember, it’s never too late to do any of the monthly painting projects or share your paintings of any of these. For some extra project-related content and one-to-one help, become a project subscriber on my Patreon here.