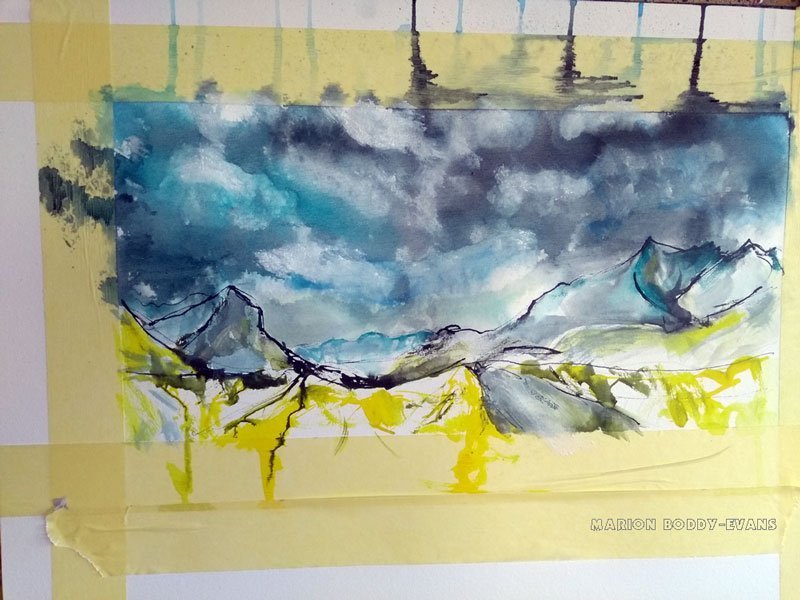 When is a painting finished is one of those “how long is a piece of string” questions. I usually say “sooner rather than later” because you can always add to a painting tomorrow. But conversely, if you don’t push a painting past a certain point, how do you develop? The danger is to under-work a painting for fear of over-working it.

These photos are from a painting where I was consciously thinking of this. I’d set out with the intention of using opaque colours on top of transparent, to explore the possibilities. (It partly comes from looking at Joan Eardley‘s paintings again.) At various points in the painting I very nearly stopped because I really liked where it was. But instead I kept going because I wanted to go further, to see where the journey might lead.

Should I have stopped painting at this point: 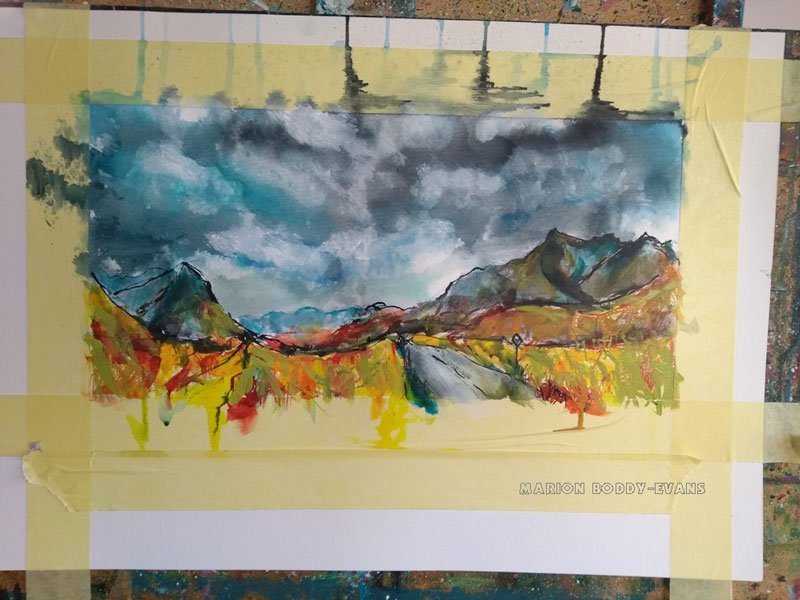 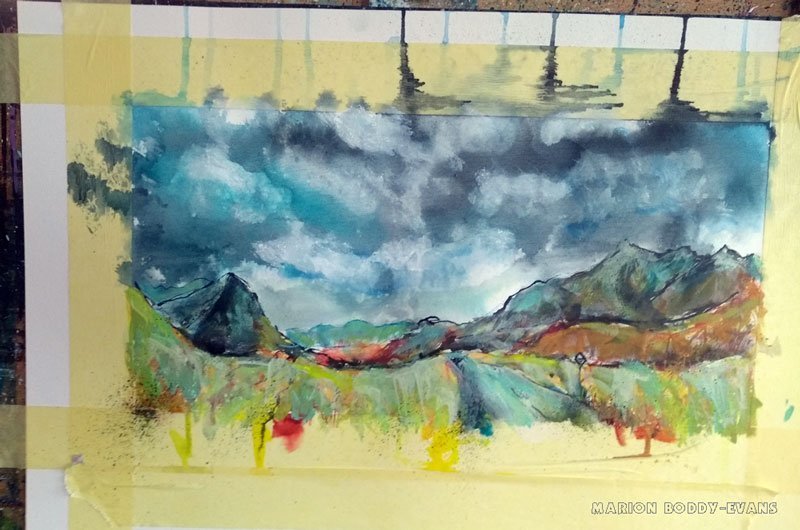 This is where I did stop (the changes to the step above are minimal): 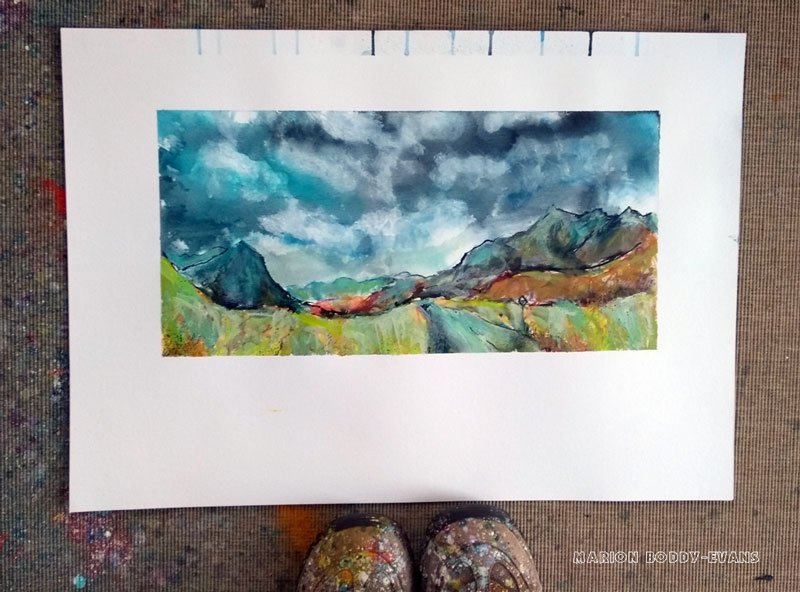 Was it the right point to stop painting? Yes, in that I like the result, the layers of colour, the opaque colour over transparent, and that I pursued the version of the painting I had envisaged when I started through several points at which I was tempted to stop. No, because I regret I don’t have that minimalist version in the very first photo.

I could have stopped and started a new version to push further. Would I still have ended up at the same final point with the interruption(s)? That’s impossible to know and ultimately not the right question to be asking. The better question is: how do I feel about what I did do and where I ended up, not what I might have done but didn’t.

2 Replies to “Did I Stop Too Late? (or When is a Painting Finished?)”