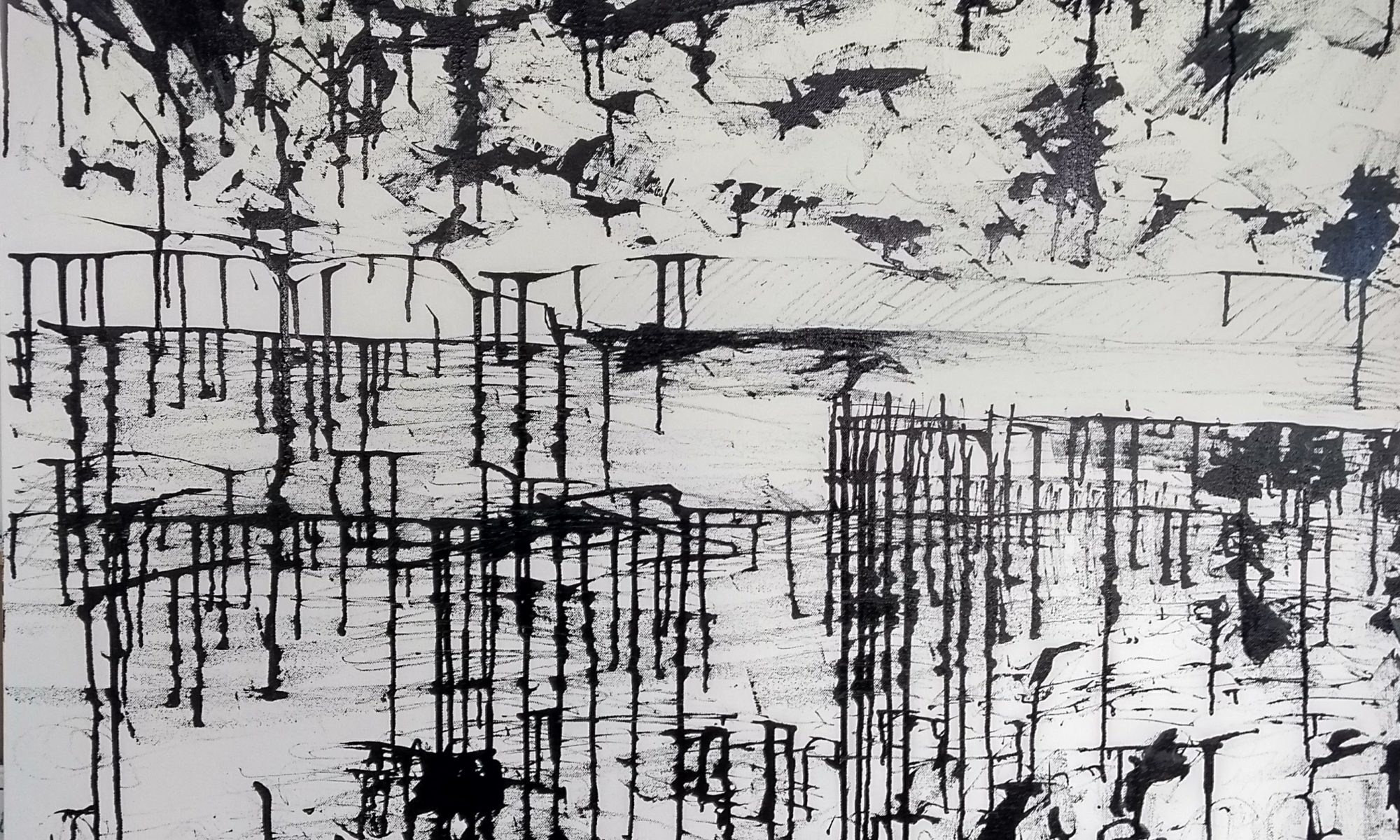 So that day with the beautiful light on the sea at Uig has taken me on this seascape-painting journey in my studio (working on a 100x100cm canvas). I don’t yet know where it’ll ultimately end up; the last photo is where I left it yesterday to dry. Colours: Payne’s grey, lemon yellow, red earth and Prussian blue acrylic inks, plus titanium white acrylic paint. 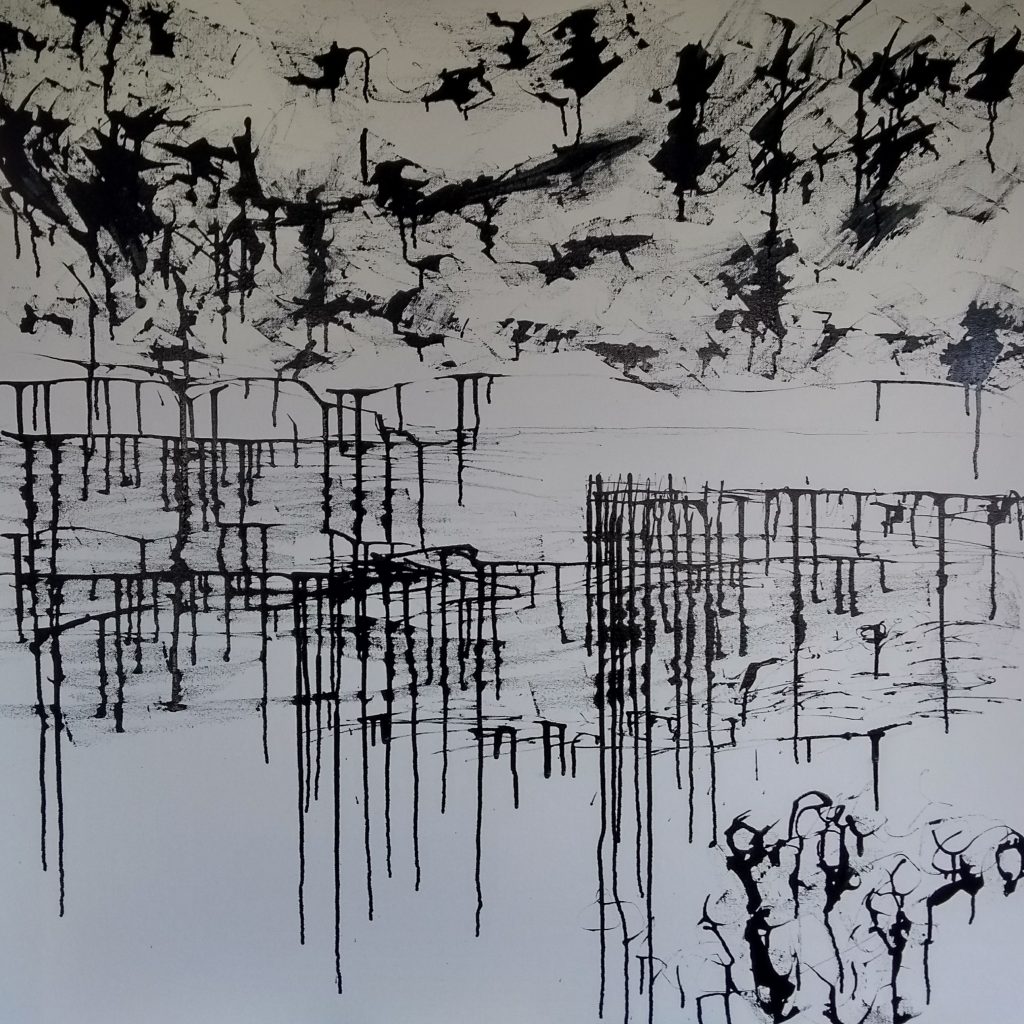 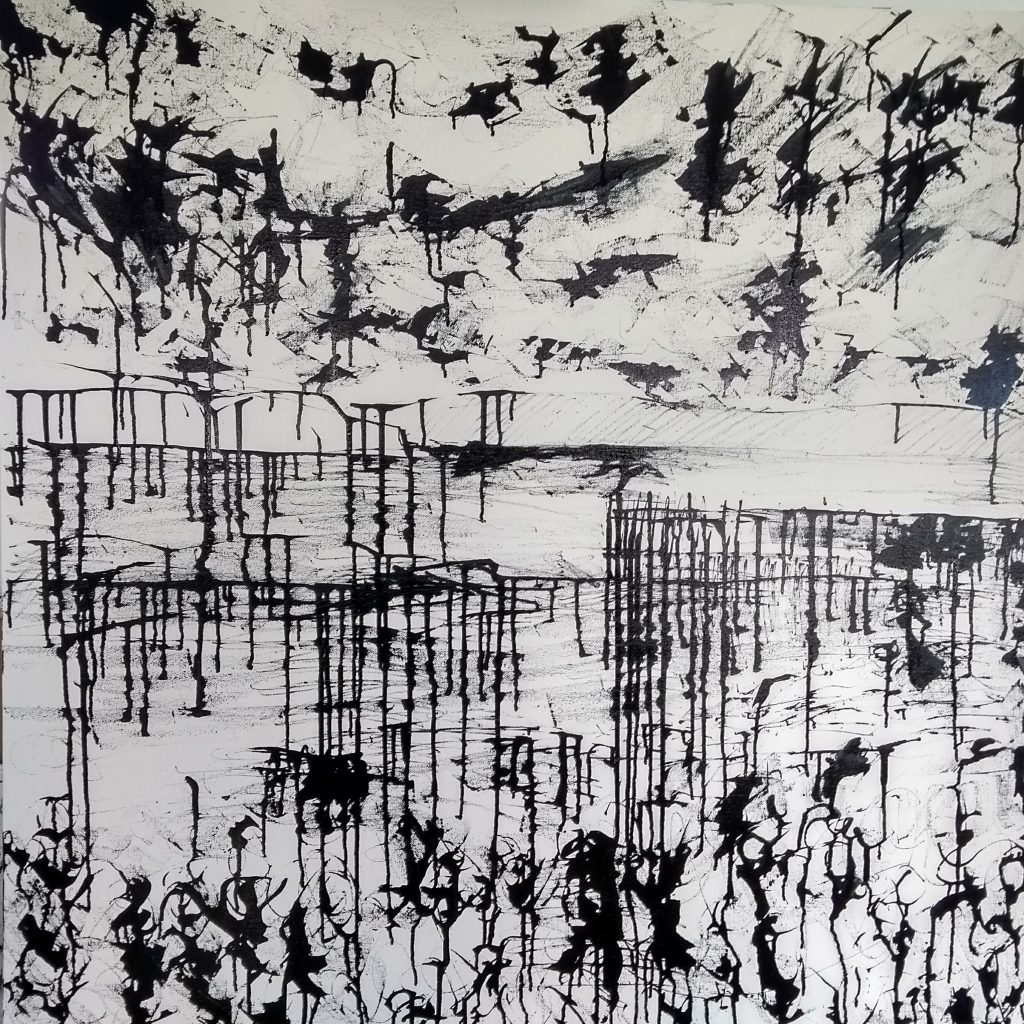 Spraying the surface with water, letting the Payne’s grey spread and showing its blueness. I did this with the canvas turned 90 degrees. 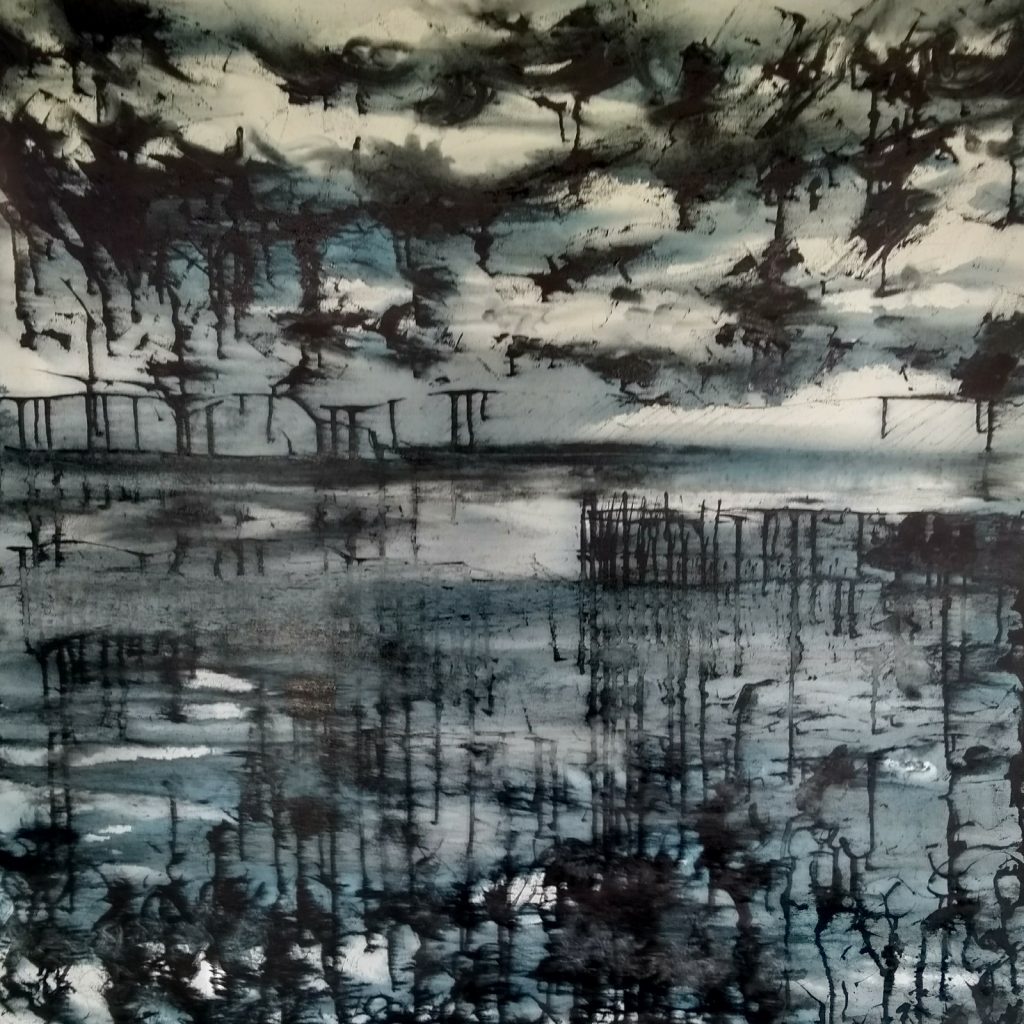 Adding some lemon yellow, and then red earth.. 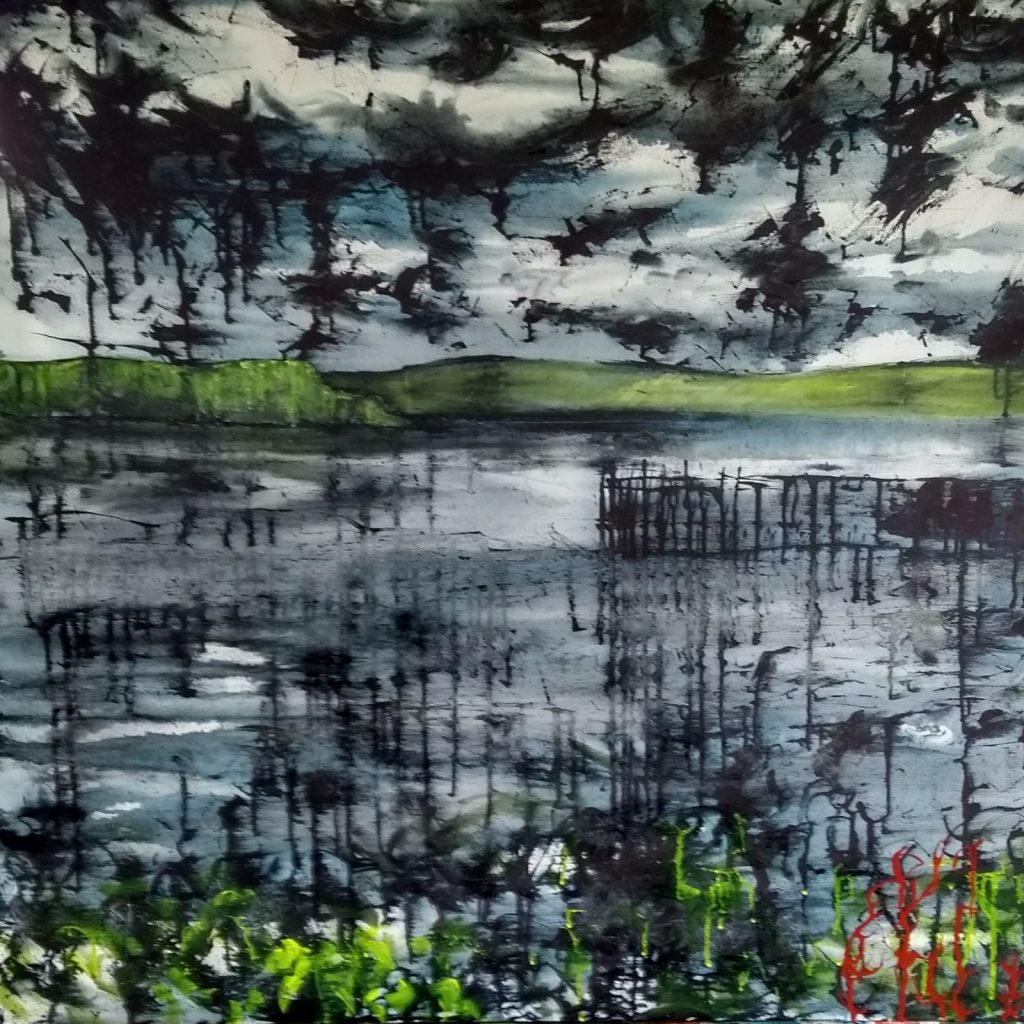 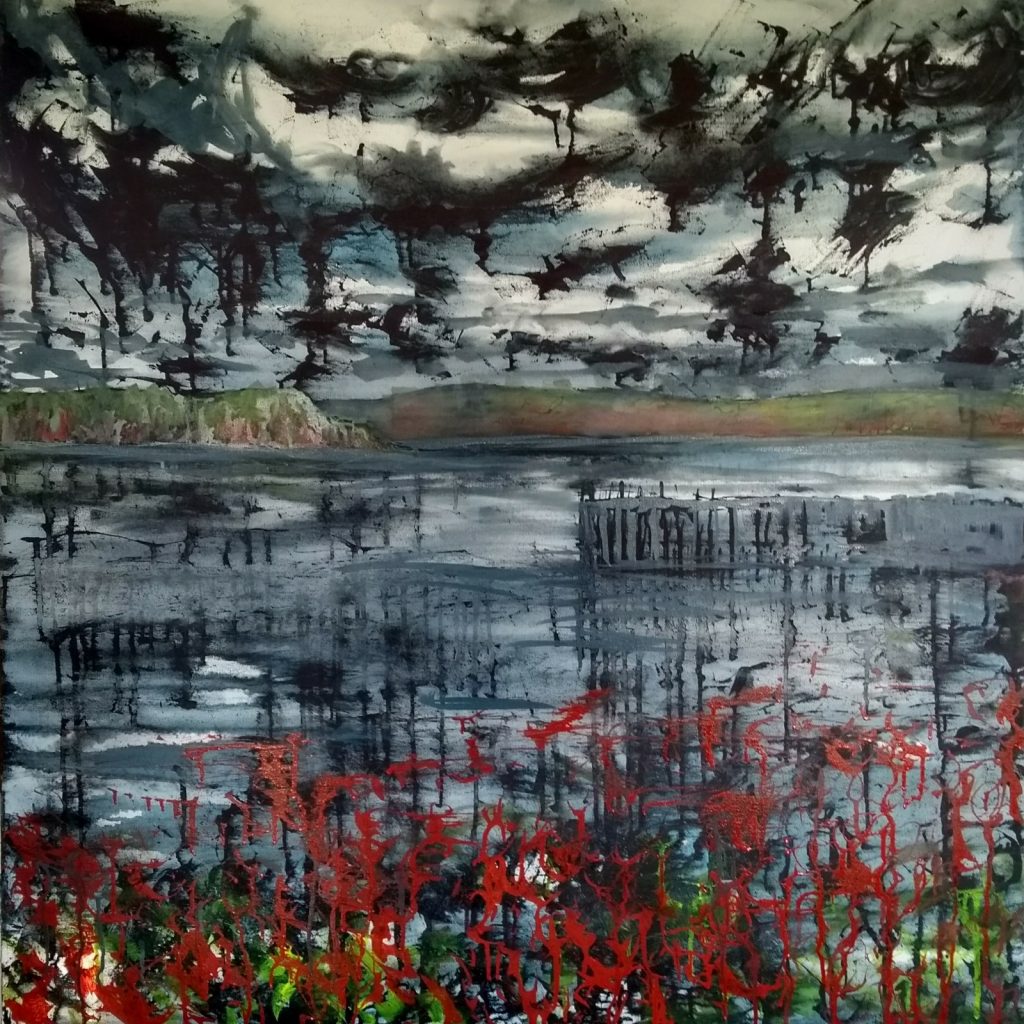 The point at which I decided to take out the pier because I was irritating myself trying to paint around it. I might put it back later. 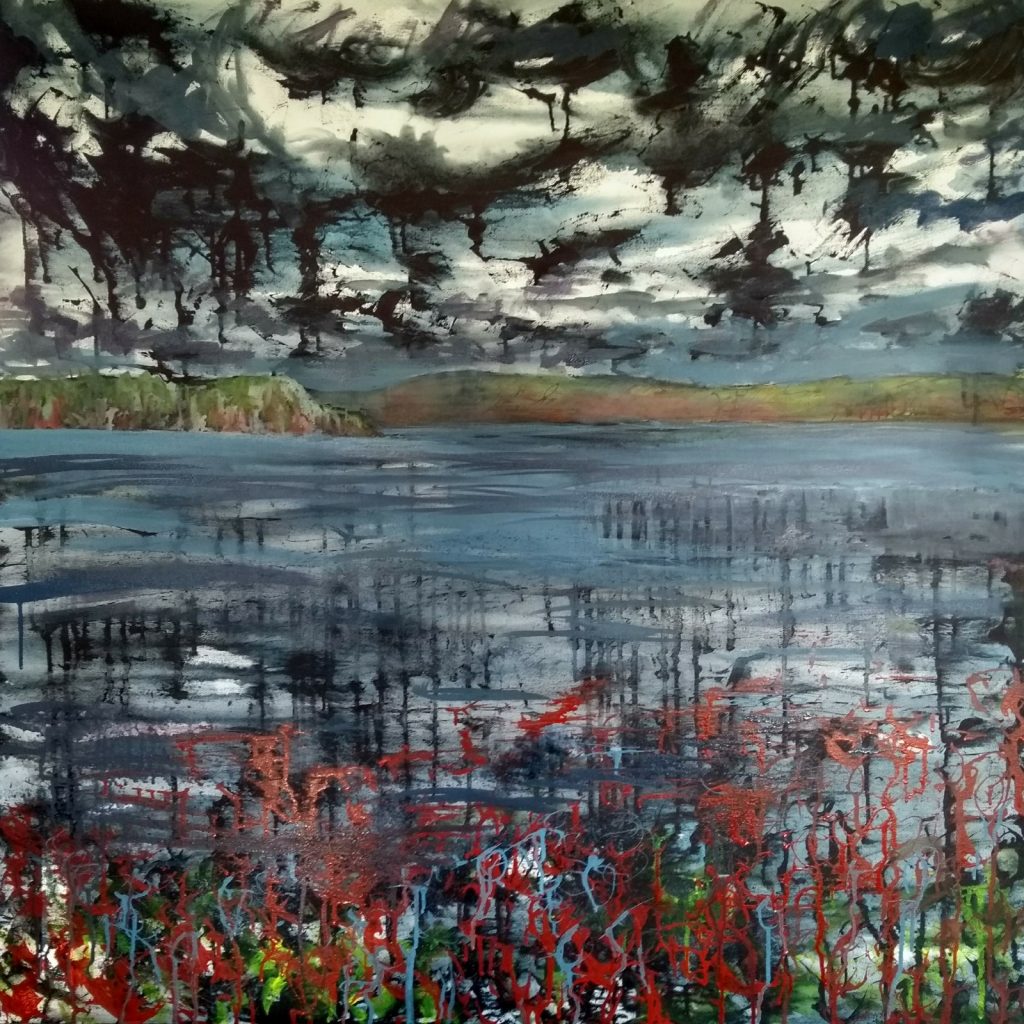 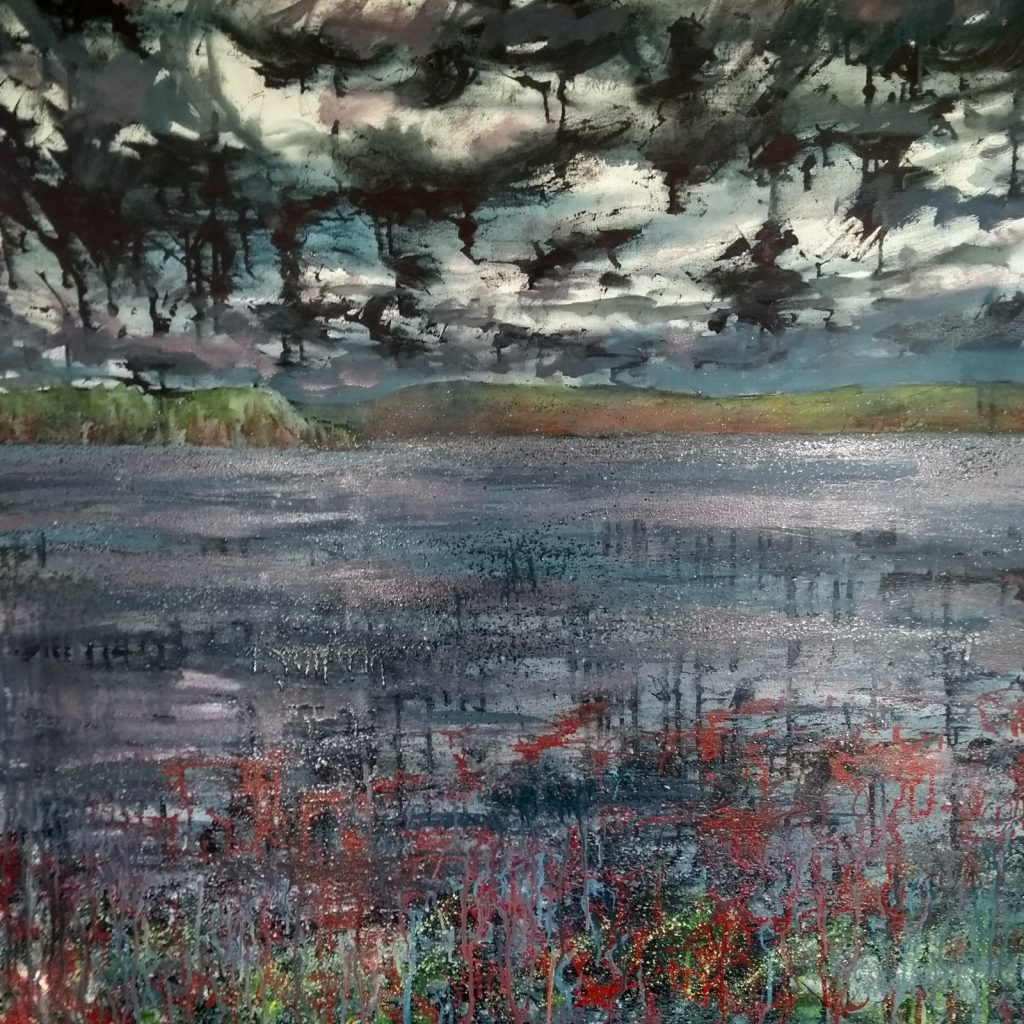 Brushing across the sea to mix splattered-on colours, probably coming? down too low into still-wet red earth. White added to sky. 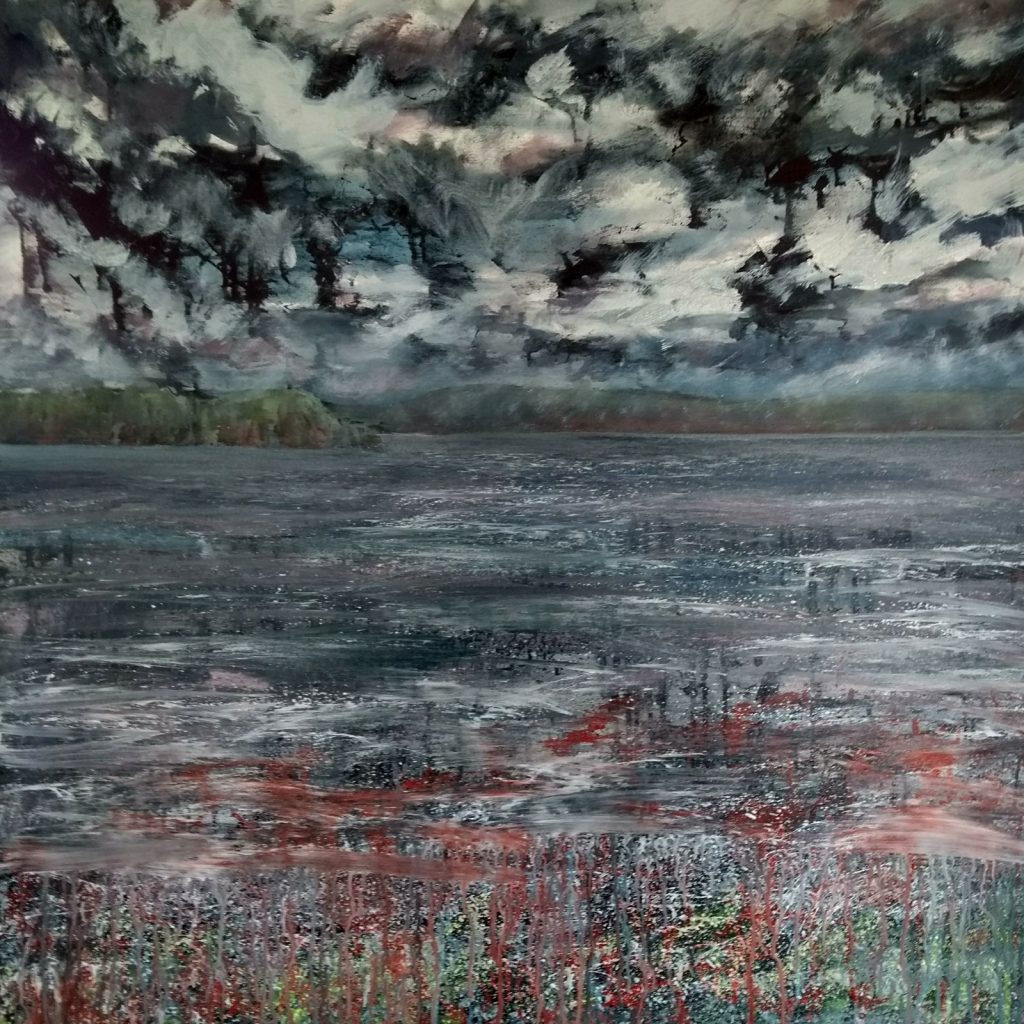 Spraying the sea to let it run and colours merge, to resolve it feeling so bitty and to create happy-accident colour mixes. 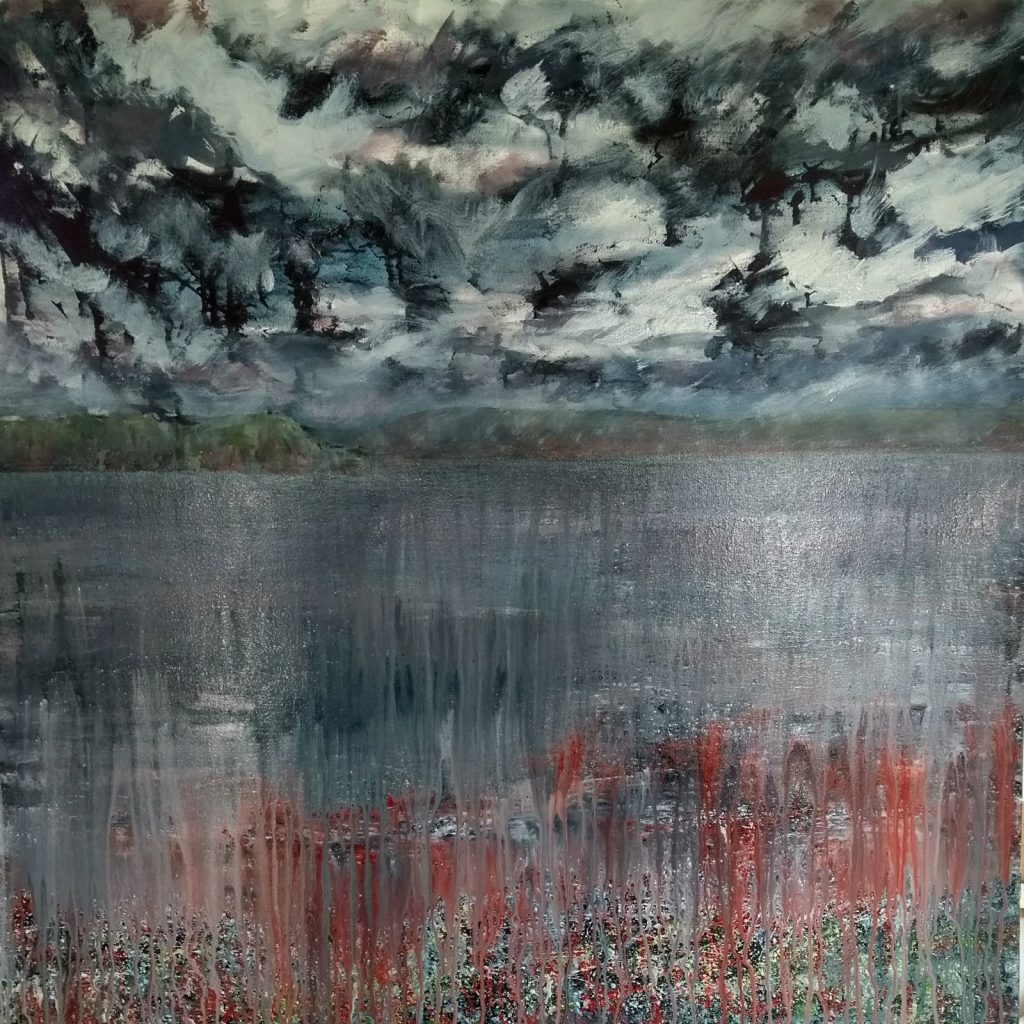 Added lots more white to the sky, and lighter layers to the sea. This is the point at which I decided I wanted everything to dry completely before continuing. 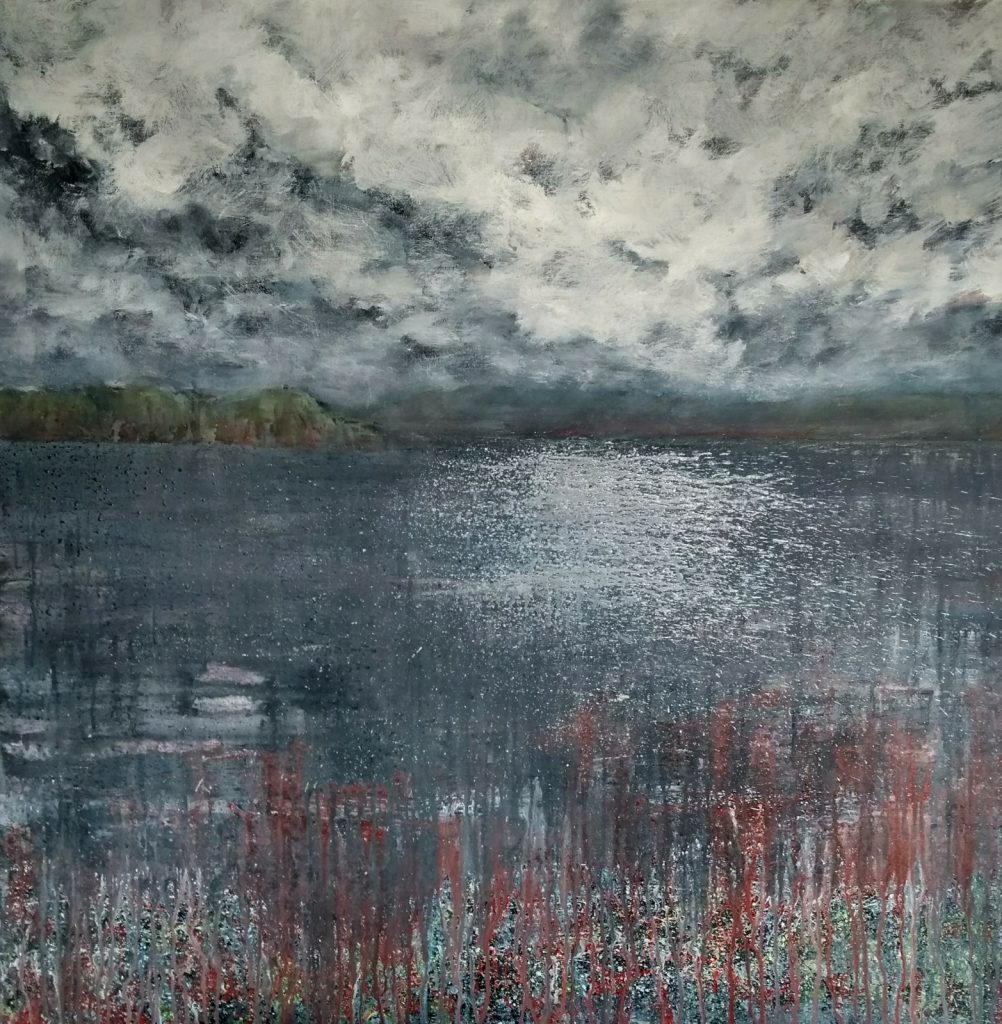 Where will I take the painting from here? I don’t know other than the vague “needs quite a bit still” and the aim of sticking to “interesting greys” rather than getting colourful.

Part Two: What Happened Next