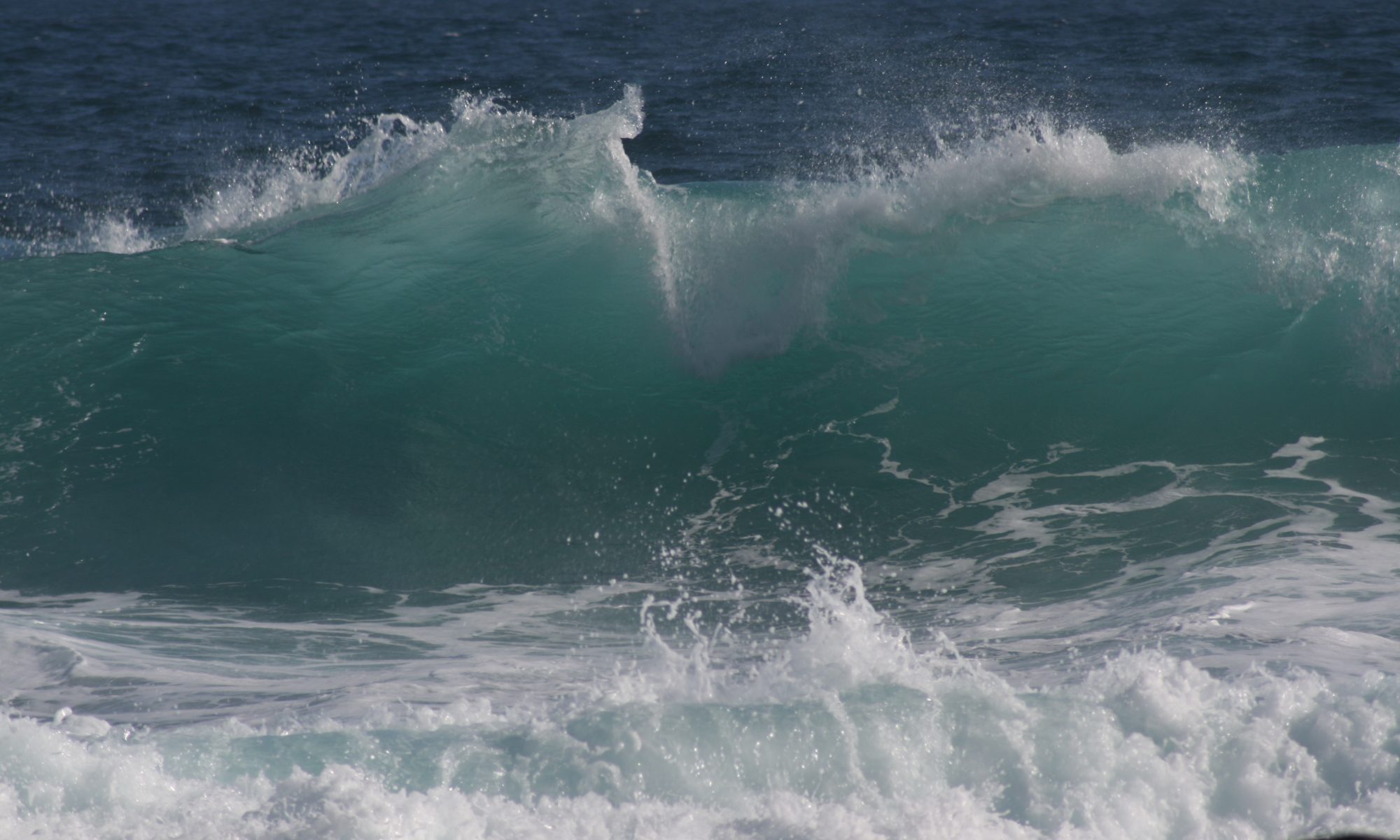 This month’s painting project is about a moment, a wave starting to break as it reaches the shore, and working with a limited palette.

I took this photo at Tsitsikamma (Storm’s River) in South Africa in 2007, and still have the painting I did in acrylics from this on the wall. Thinking about this month’s project, I felt like a “dramatic wave” and looking through all my “big wave” photos, kept coming back to this one. That the photo is over a dozen years old is belied by the timelessness of the movement of the sea.

PAINTING PROJECT:
As always, the style, medium, size, and format are up to you. Think about it a bit, but also allow yourself to be led by impulse to see where it takes you.

COLOURS:
I would reach for Prussian blue, pthalo turquoise and titanium white, and work with this limited palette. A chance to really get to know the personalities of these two blues, their transparency and what happens when mixed with white and with one another.

COMPOSITION:
I would leave out the sliver of rocky shore (the rocks are angular and dark), and probably any suggestion of sky, to take the painting away from a wider landscape into a composition about the act of a wave breaking. Leaving out the lower band of crashing foam is another possibility, making the foreground all about the water stretching up into the crest of the wave.

STYLE:
Realism, but with the composition being about pattern and colour rather than location.
Expressive, with large gestural brushmarks and splatters.
Line and colour, using line to convey the movement and broad washes of colour across these.

LIGHT AND SHADOW:
Notice that there’s shadow cast by the wave on itself, and that as there’s less water in the wave (towards the top), it’s lighter as the light starts to shine through.

Happy painting! I look forward to seeing what you’re inspired to paint.