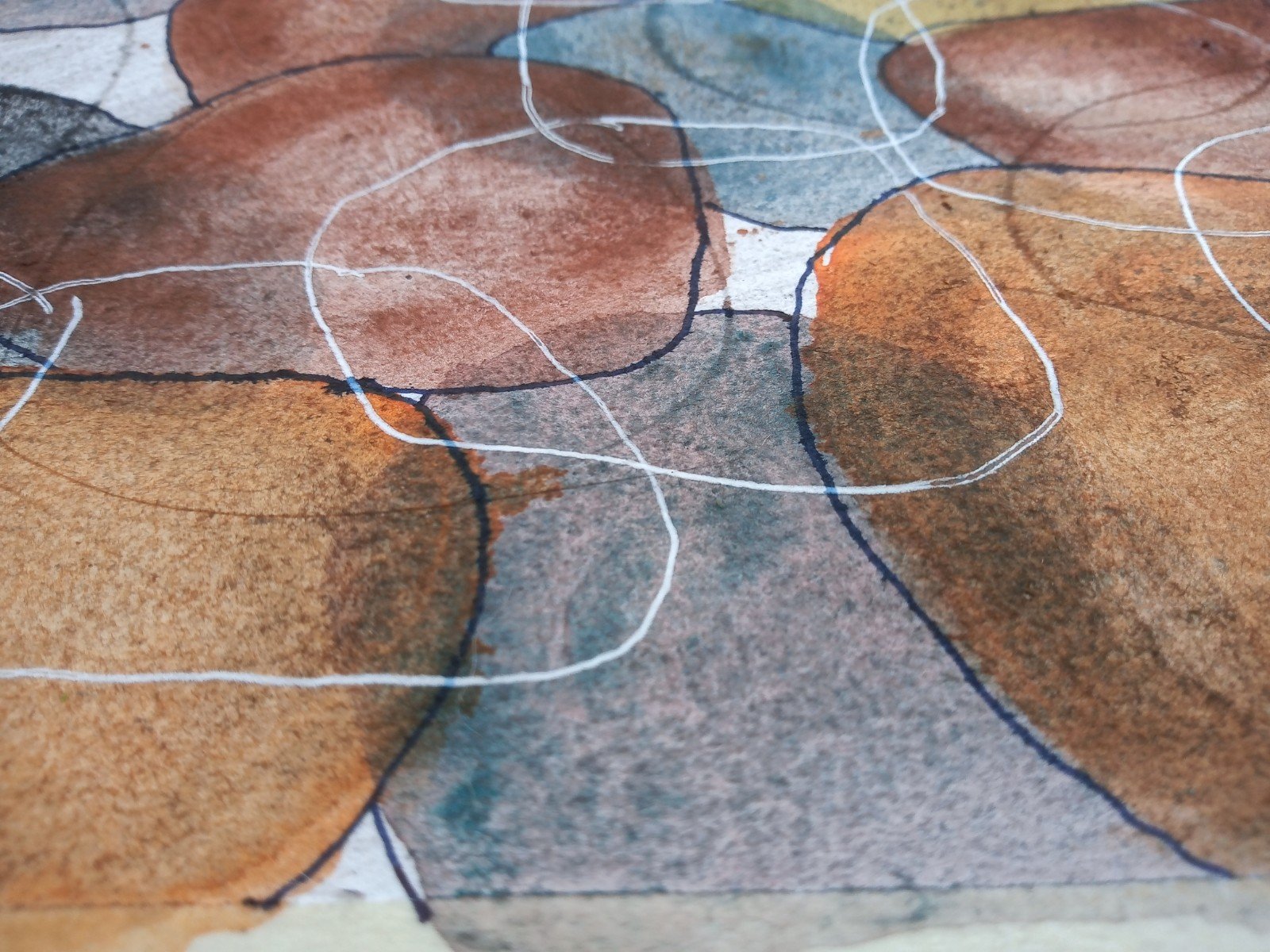 This month’s painting project is similar to last month’s Arboreal Abstract Project, but working with rounded shapes rather than stripes. Trust the process (i.e. follow the steps in the instructions), don’t try to tightly control the outcome from the start but meander along towards a finishing point, and remind yourself that no single mark is critical.