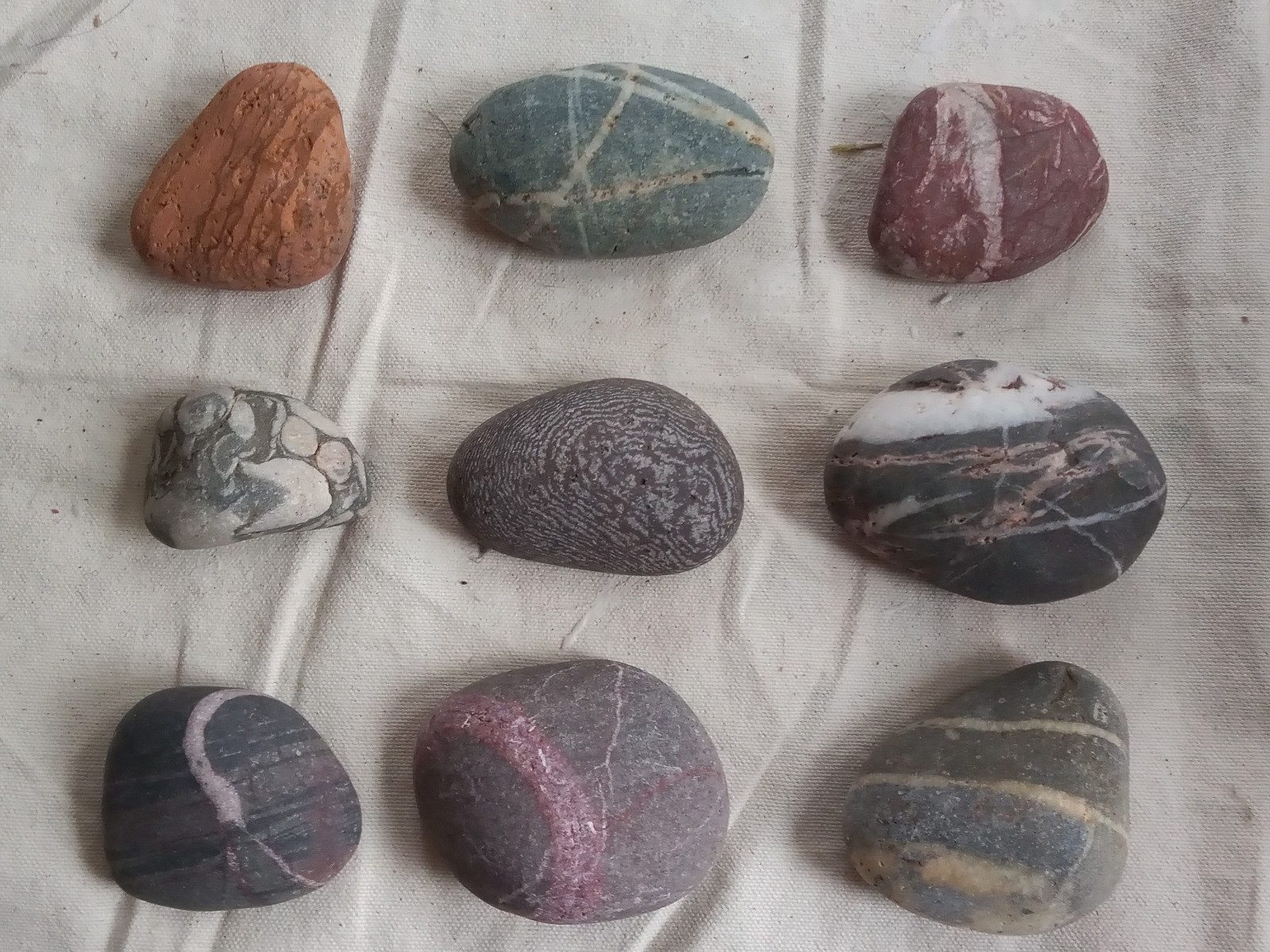 This month’s project takes the idea of a grid of small paintings from last May (details here and gallery) and uses it for pebbles to create a grid of little pebble portraits. Whether you include the whole pebble or part of the pebble, with or without drawn boxes, is up to you. Another option would be to paint the same pebble from different angles, and/or in different mediums.

I encourage you to paint from life, a pebble you can hold in your hand, view from different angles, watch the light fall on it and any shadows. Get to know a pebble as an individual, its specific characteristics rather than merely a generic pebble.

If you don’t have pebbles, take a small vegetable such as a mushroom or onion, something with pattern and texture that looks different from various angles. Cutting it in half, and sections, would be another series of views.

I appreciate that not everyone has access to a beach or river with beautiful pebbles to borrow for a bit, so here are closer-up photos of each of the nine pebbles in my grid. Click on a photo to get the biggest version of it.

Doing it as a monochrome, using black ink, charcoal, or pencil has potential too.

For my first attempt at this project, I used a pen with black ink and watercolour, on a page in my sketchbook. The ink is water soluble, so the lines softened a little as I brushed watercolour over them; how much varies on how thick the line was and how long it had dried.

I initially wasn’t going to add a background to my grid, but leave the pebbles against the white. However studio cat Ghost had other ideas: if you look at the bottom right image, to the left of the middle pebbles on the right, you’ll see the remants of a pawprint where he’d stood on my watercolour set and then neatly printed his paw on my painting. I tried to lift it, but the colour was one of those that stains the paper, so instead I added a background of hematite genuine, a granulating colour that works well as ‘sand’.

As always, to have your painting included in the project photo gallery, email me (on art[at]marion.scot) a photo along with a sentence or two about it. For individual help with your painting and extra project-related content, become a project subscriber on my Patreon. Remember, it’s never too late to do any of the projects!