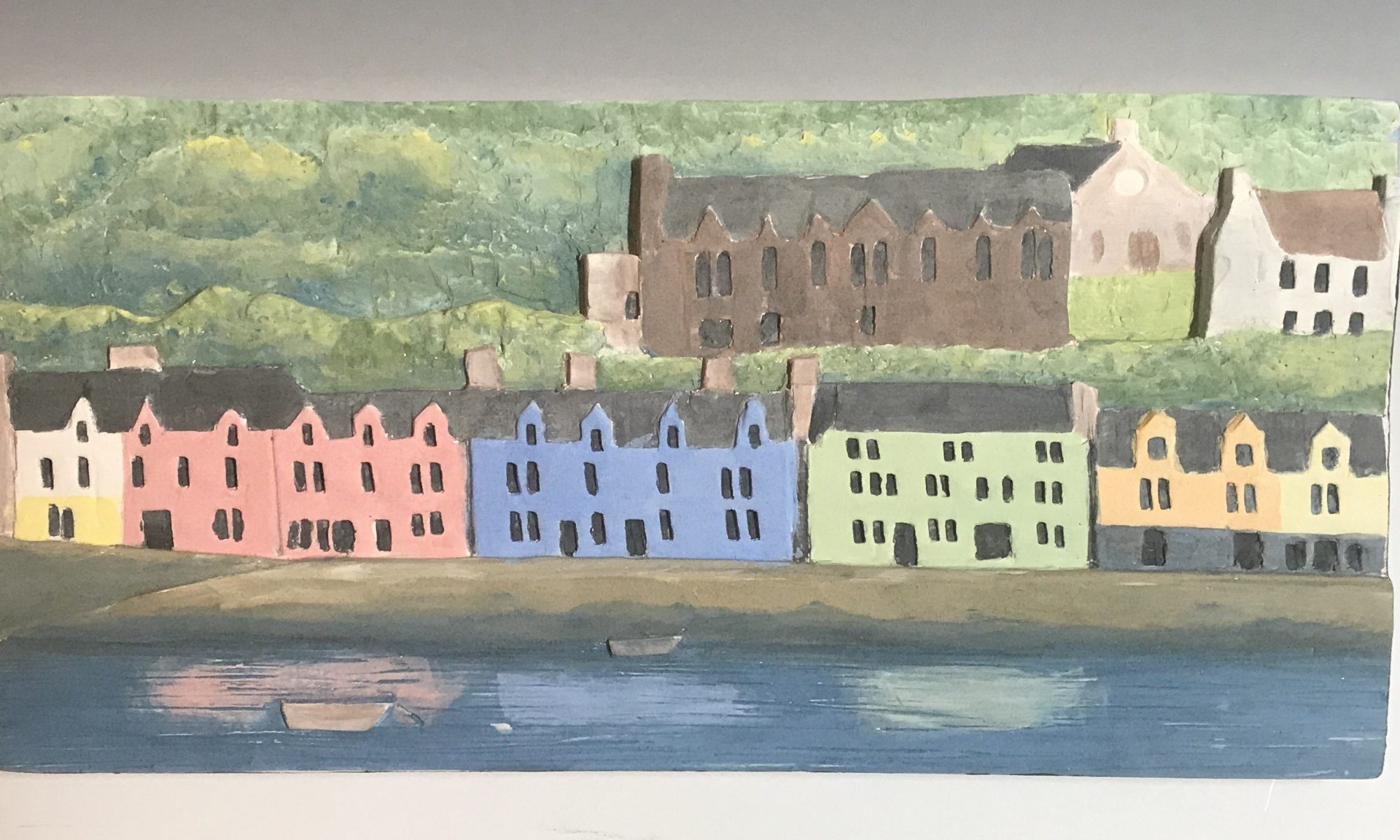 One of the reasons I chose Portree harbour as the subject for September’s painting project was to motivate myself to paint it. It’s a very distinctive location, with its line of colourful buildings along the shore and the tree-covered hillside and Gathering Hall behind. It’s a complicated subject to paint because there’s so much going on, not least all that architecture. I’m sure the paintings in this photo gallery will inspire you to give it a go if you haven’t already.

First up is Robb, who I met as a painter through the projects and forum of Painting.About.com. Over the past few years Robb’s been focusing on his ceramics, but has now combined both in this pictorial tile:

I had several attempts, some more successful than others. This is the one that pleased me most from a “trying to do something different” point of view.

And last, but not least, a submission inspired by August’s Tall Trees photo from Lorraine, who says she was “playing with ink”: