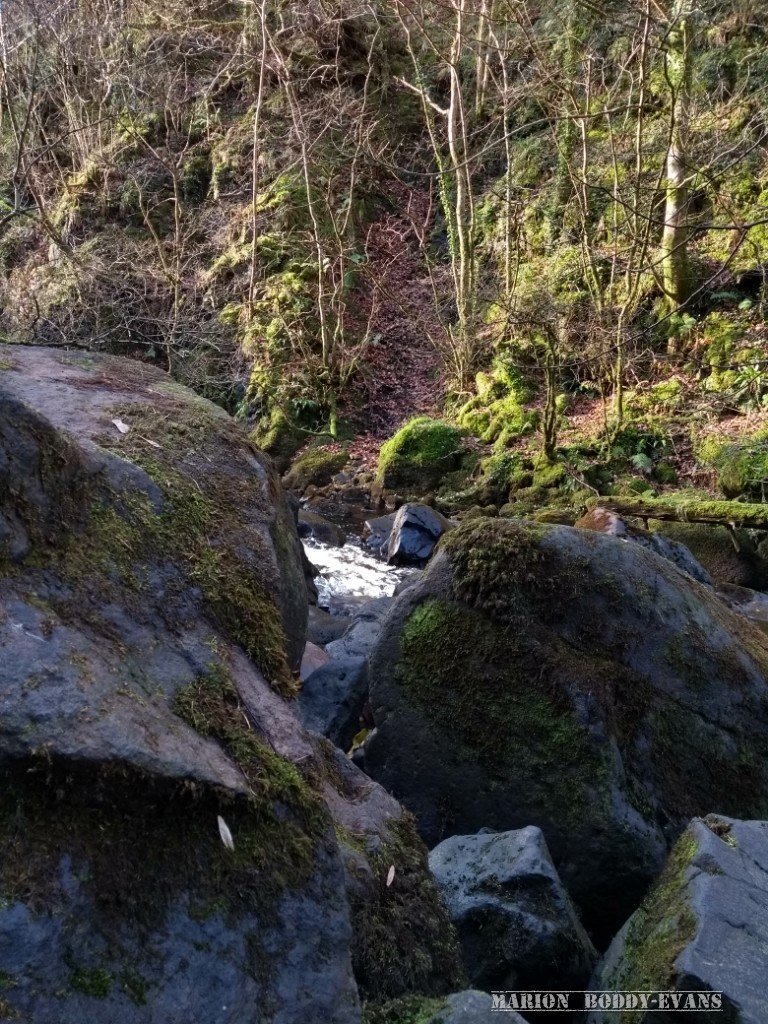 It’s only taken me 10 years to go up the path in the bit of the Uig woodland that follows the River Rha rather than the River Conon. Why I haven’t been before is hard to put into words: I knew there was a waterfall there, but I wasn’t ready for it yet, I was still busy looking at what I’d already been in. It’s not that I think I’ve finished looking at this, more that I felt able to add to it. If you’re thinking “what is she going on about”, I’ll throw in the concept of “slow looking” and stop there.

I had it all to myself. It felt so familiar, like two kloofs I grew up with, Disa Gorge and Koffie Kloof n the Hottentots Holland Mountains. Though the water was even colder.

The Woodland Trust have built a sturdy path, with steps for long-legs. 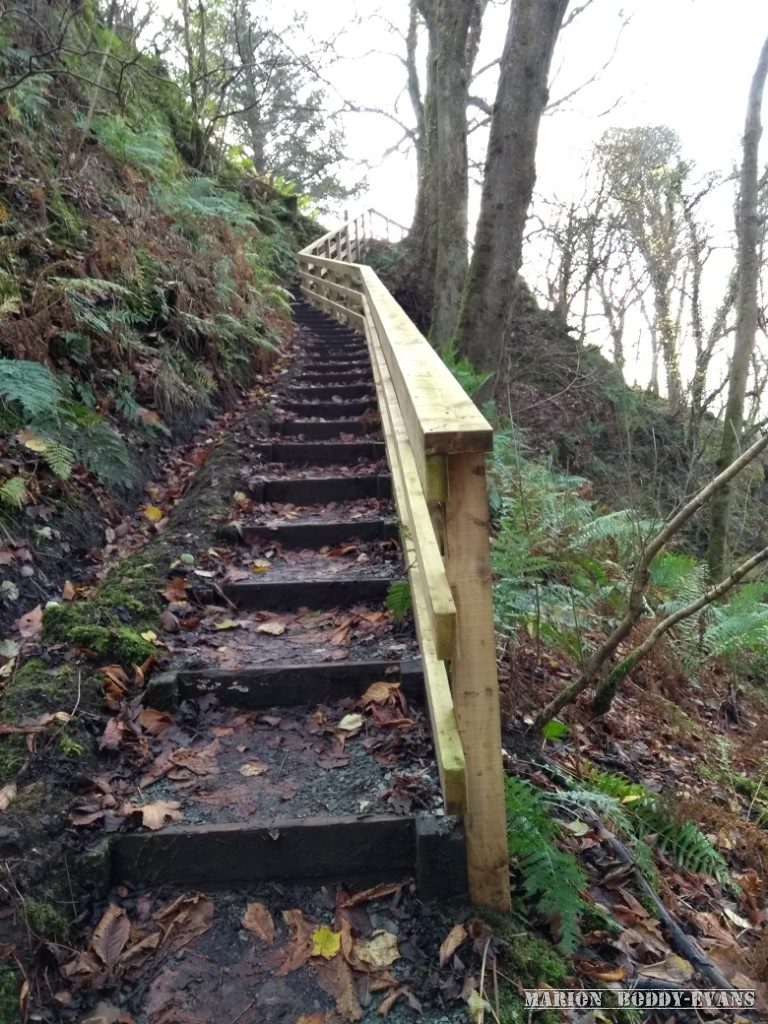 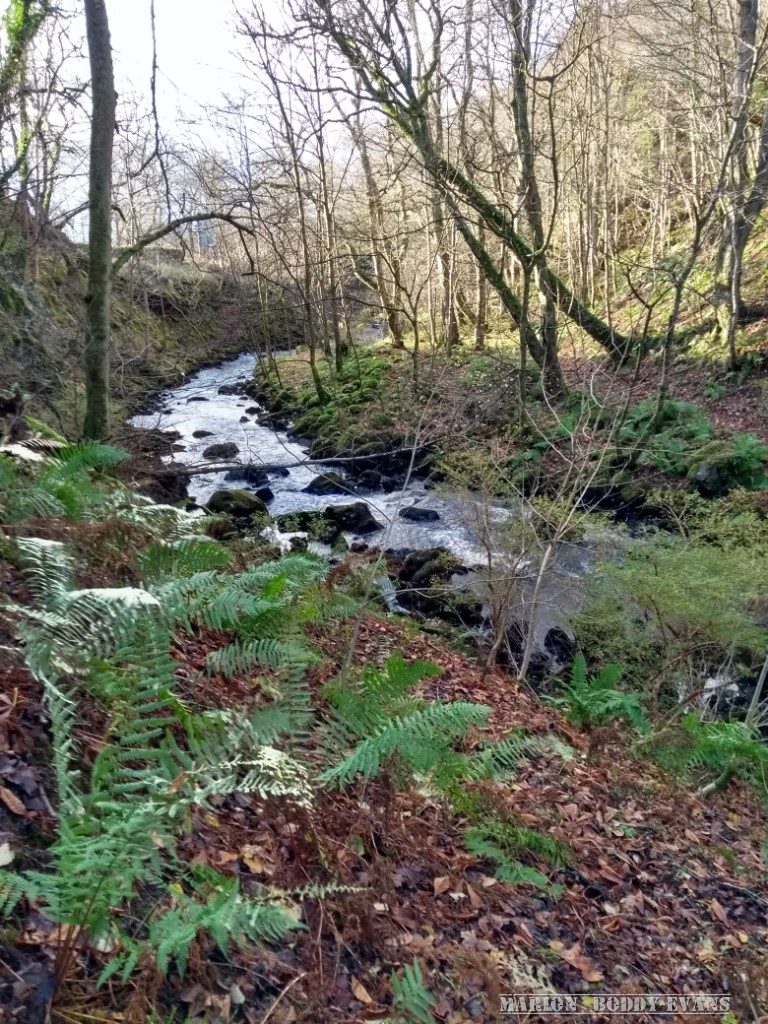 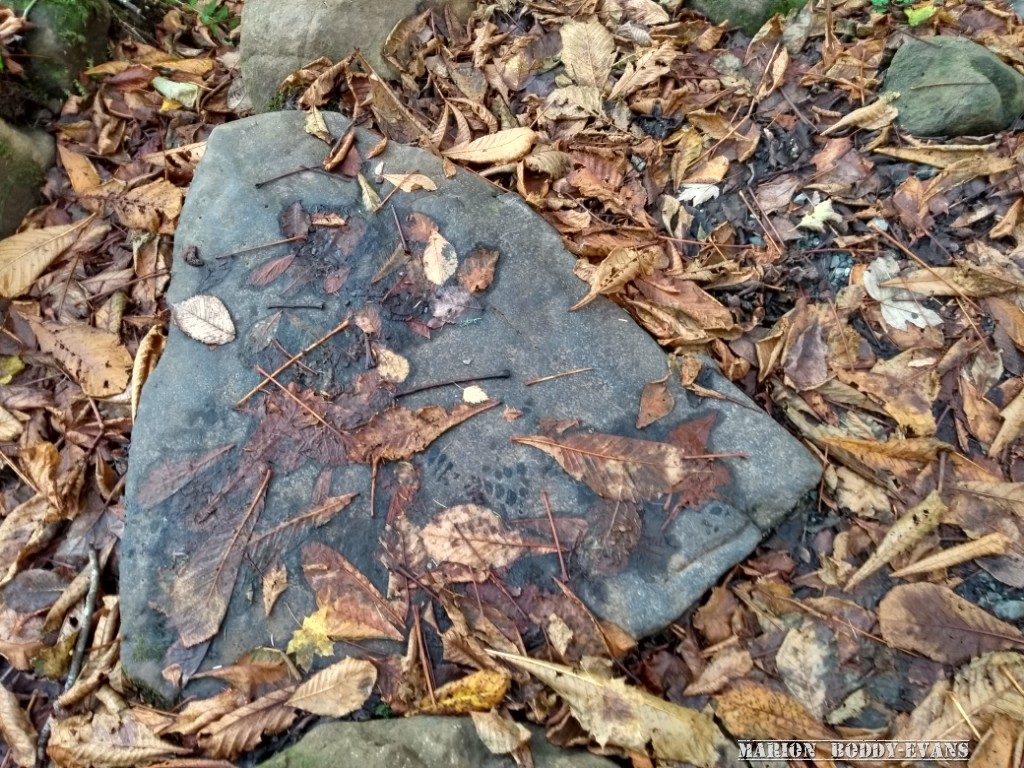 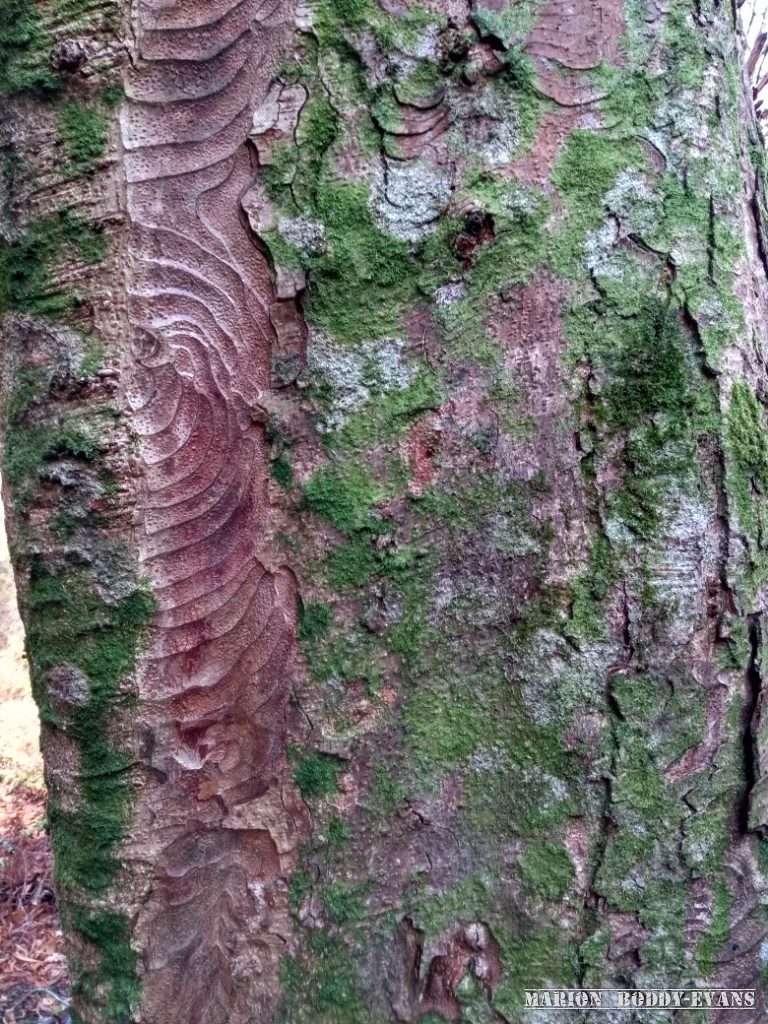 This contrast between broad and green / twiggy and brown could be interesting to explore as an abstracted, textured painting. 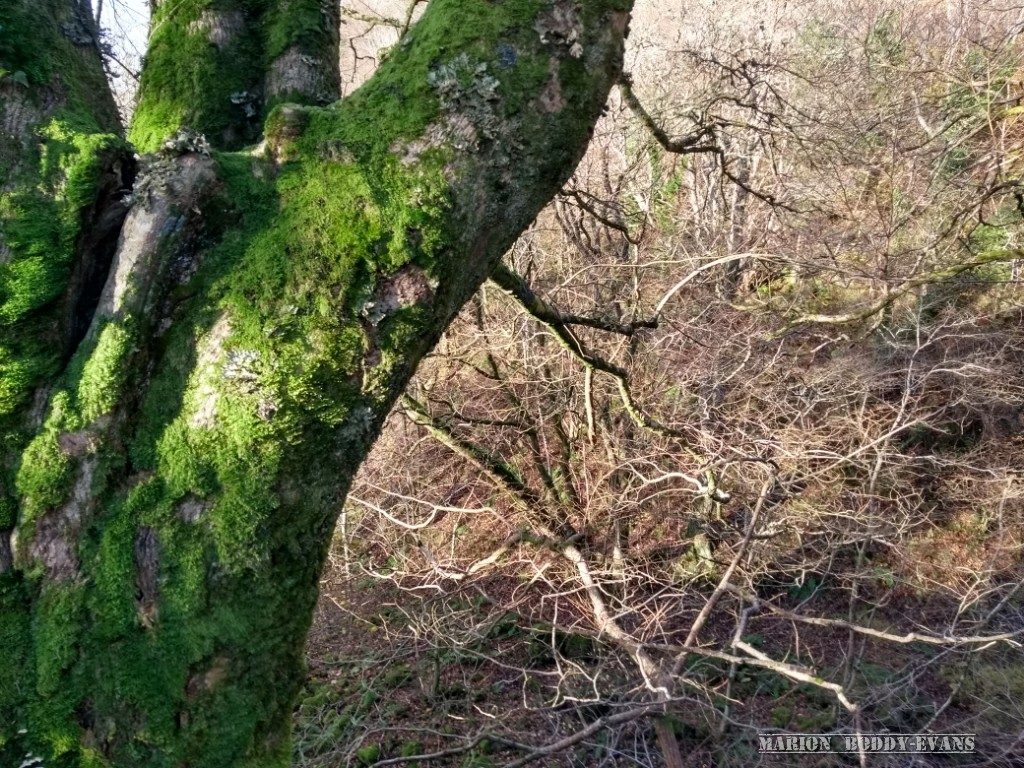 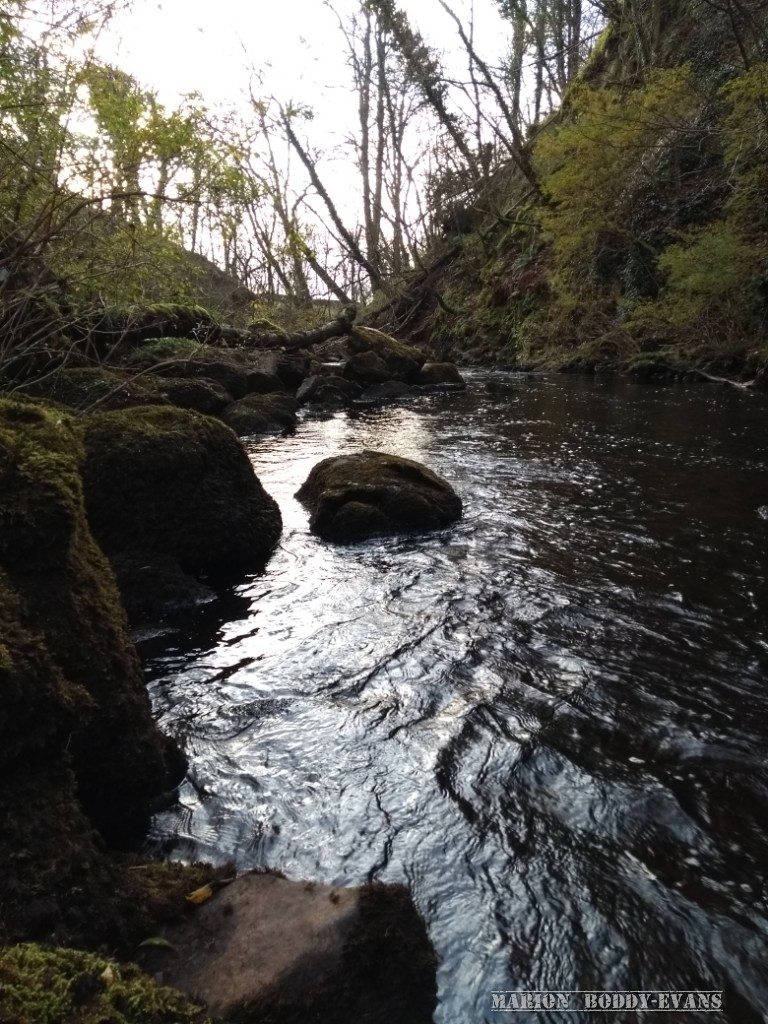 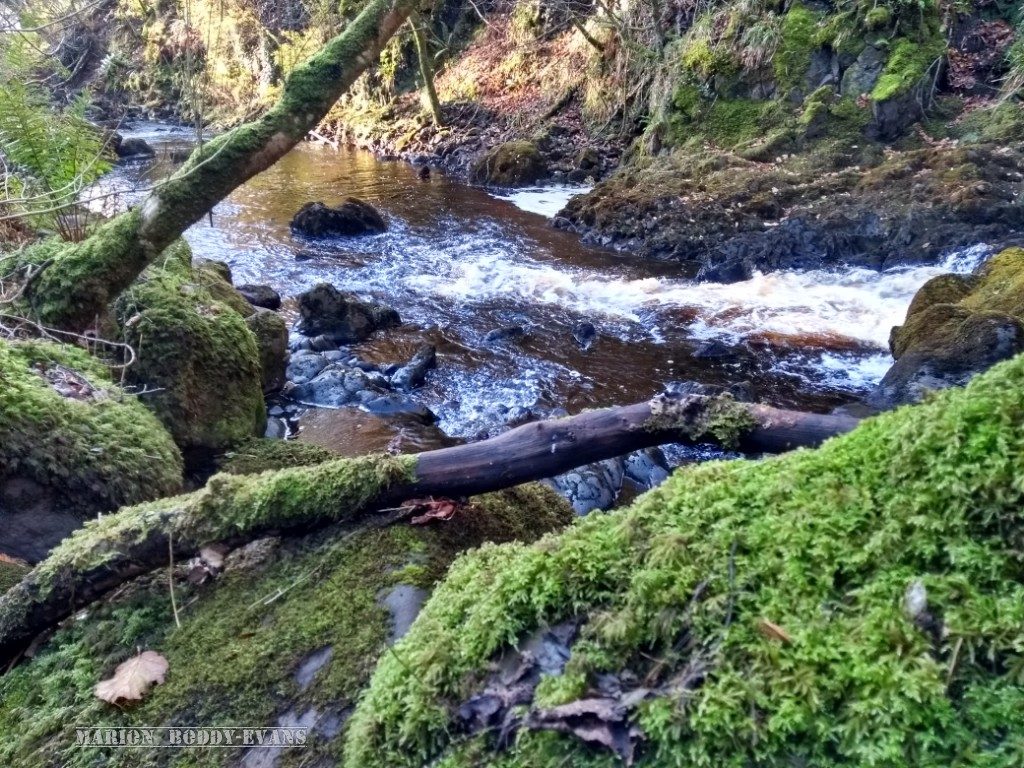 Enjoying the big boulders I was reminded of a workshop participant who said “I think you’ve cured me of my fear of rocks” and wondered how she’d respond to these moss-draped monsters. 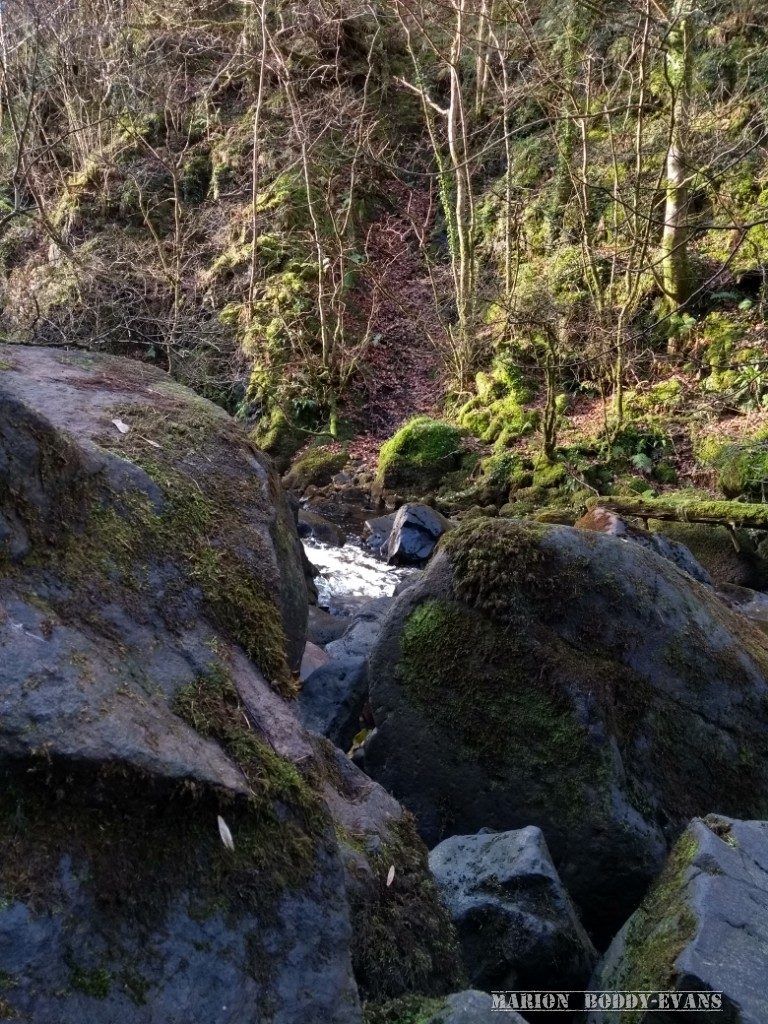 My first drawing was a semi-continuous line looking at the rocks and trees, in pencil. Sketchbook is A3 size. The drawing ultimately covered both pages. 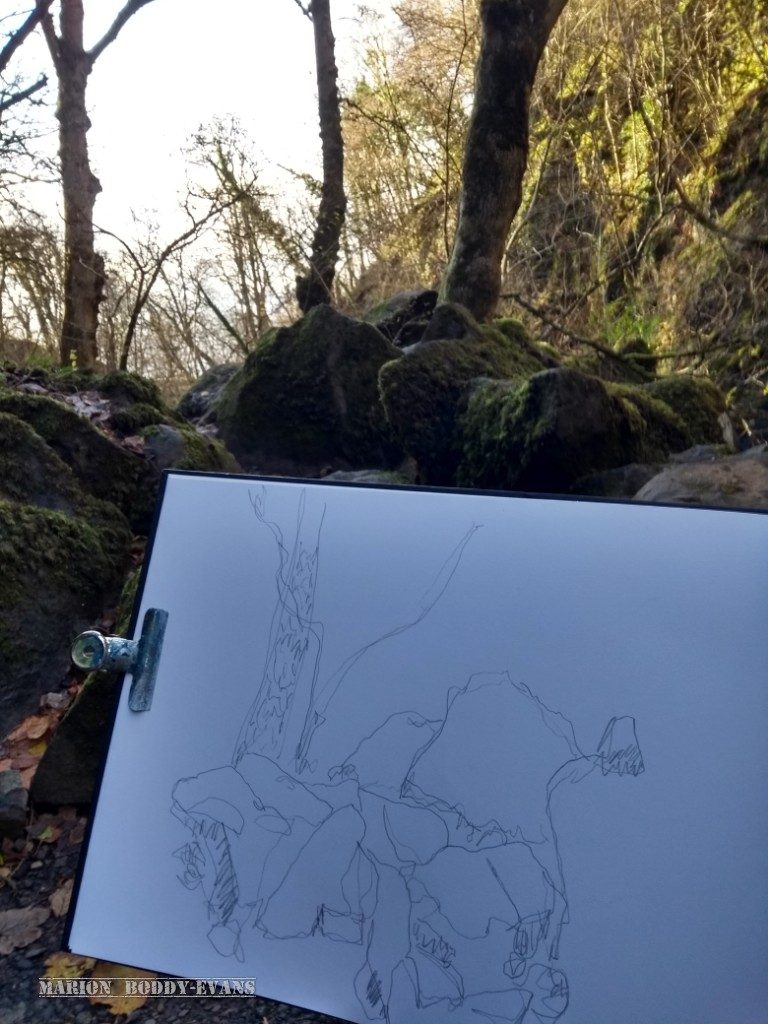 Sitting in the same spot as above, but turned to the right. 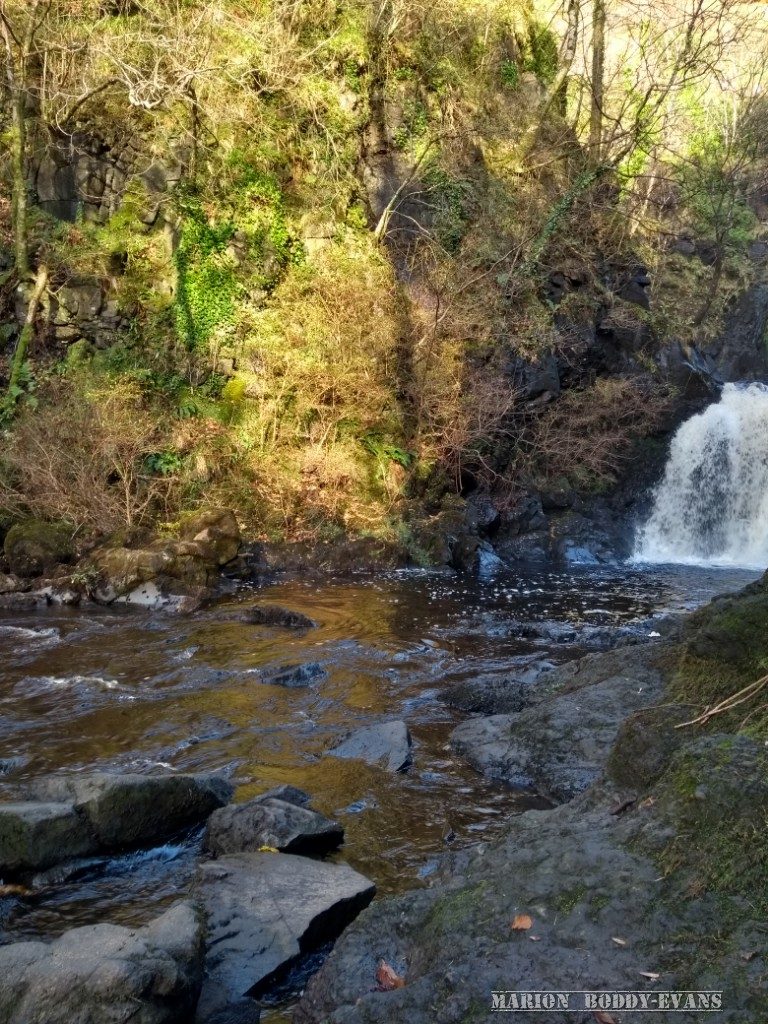 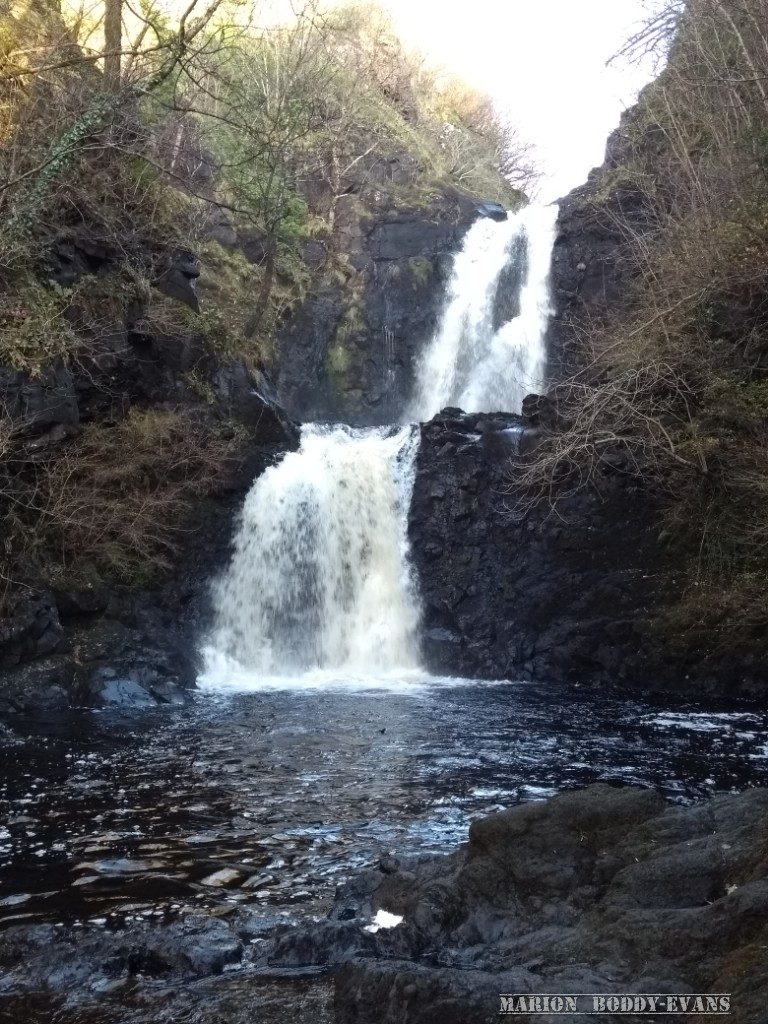 My fourth drawing, in ink. 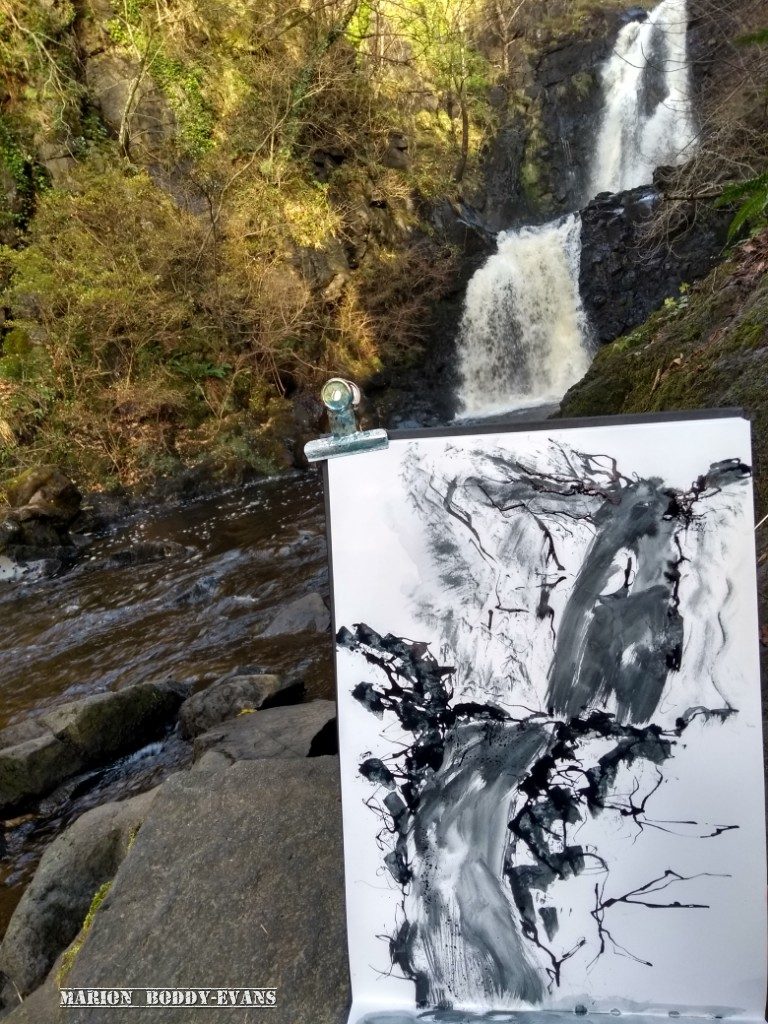 I messed up the drawn lines when I dabbed at some ink with a piece of paper towel (that “turn it to a clean piece so you don’t inadvertently stamp on ink” error) and then tried to rescue it with some darker ink on the lower waterfall rocks. I’m okay with the result, but liked the earlier version more.

When the in-house art critic first saw the drawing he was looking at it sideways, generating a cautious “uh-huh, urm, what?” response until I turned the sketchbook ninety degrees. Think I need to add a “this way up” arrow to the page!

4 Replies to “Photos: A Little Way Up the River Rha”