Sitting in the sun yesterday with my view filled by the rose hedge (that rambling greenery behind the small sheep painting in the photo below), I found myself thinking about the quote attributed to Picasso about “they’ll sell you thousands of greens, but never that particular green”, and the quote about the secret of Constable’s greens being small bits of different green (full quote here). 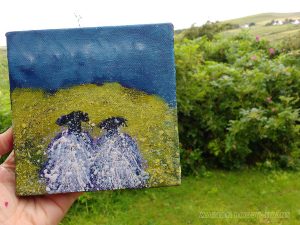 Staring at just one bit of rose, you really see it’s a multitude of shades of green, depending on the age of the leaves, the light, the shadows, the angle a leaf is growing. I was rather relieved I had only a pencil with my sketchbook so didn’t have to be up to the colour challenge and instead could focus on line. “Lazing with line in the sunshine” … sounds like the title for a painting, or perhaps a song. (The resultant drawings aren’t up to much, which is why there aren’t any photos.)

Later in the afternoon, when I was back painting in my studio again, one of the things I did was to add a glaze of lemon yellow to two small wildflower verge paintings-in-progress, to give the greens more oomph. This photo shows the result; the one of the left has the extra yellow layer and looked like the one on the right before I added it. The application was deliberately a little uneven, rather than uniform, to enhance the variations in the green. 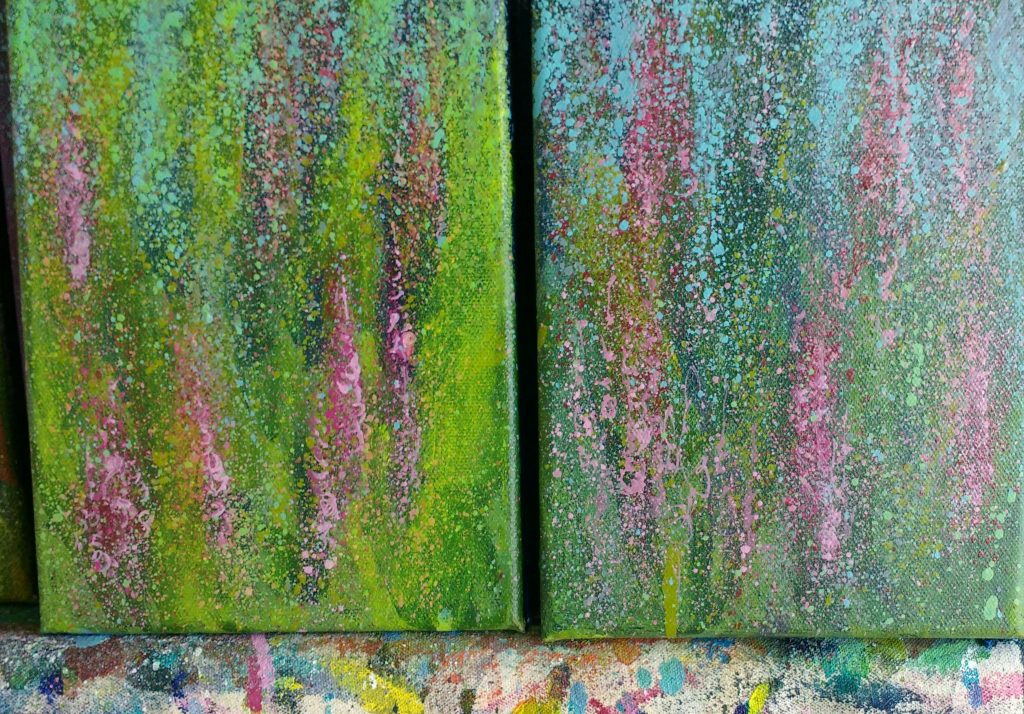 One Reply to “Pondering Green”