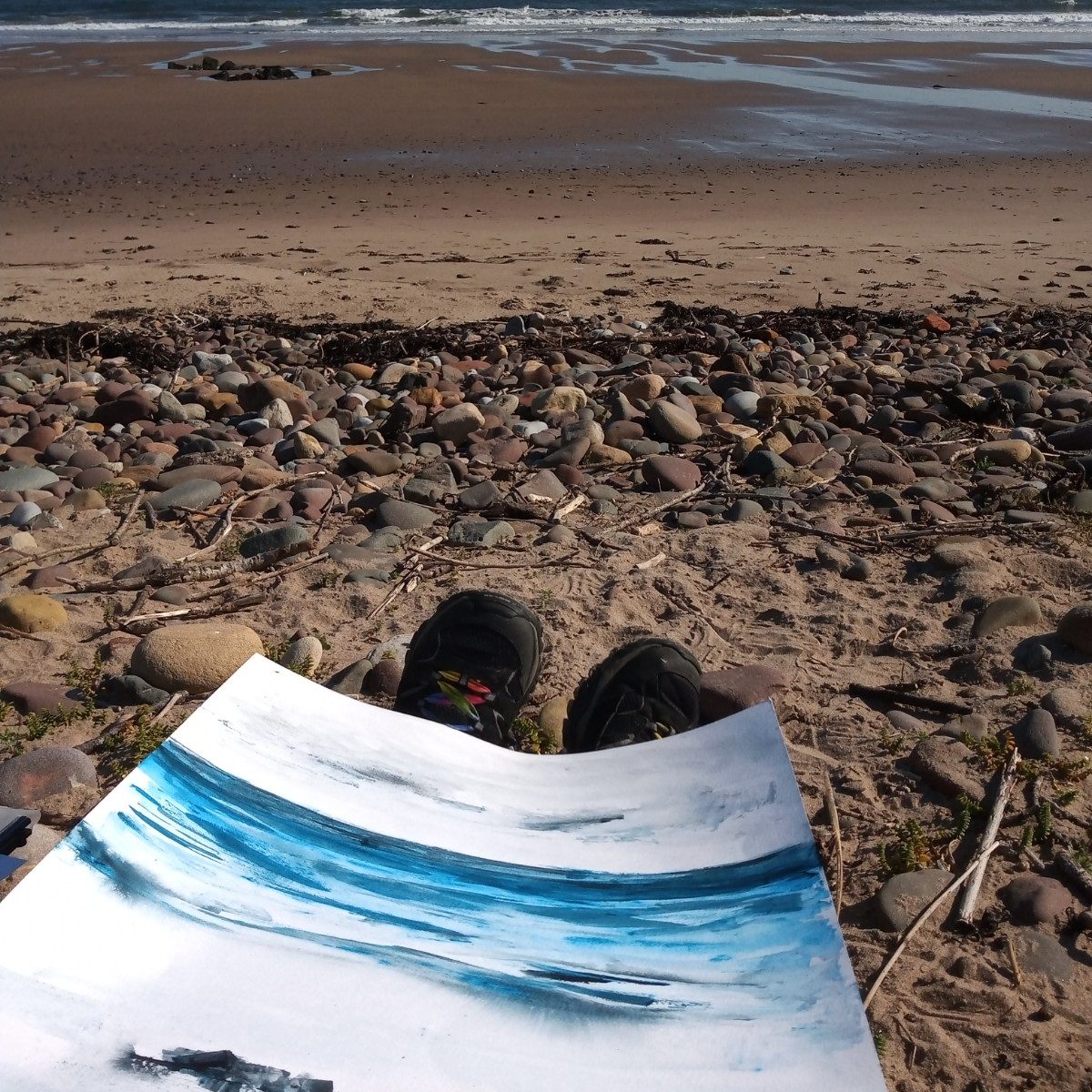 How little is too little to convey the essence of a location, when have I stopped too early and where does it tip into being overworked? These are questions I found myself pondering on as I sat painting in the sunshine on the beach at Thorntonloch.

I was tempted to add some colour to this, as it felt too uniform in tone, and I lost the white on the wave edges, but decided to let it dry, and then look at it again later. I suspect a little pale watercolour may be what it wants, and/or some coloured pencil lines, and/or white acrylic ink. I’ll decide when I look at it with fresh eyes.

I stopped here because I liked it, but do wonder if it would benefit from a little colour in the sand in the foreground. Maybe a granulating watercolour like hematite genuine. The lack of drips and runs are because my spray water bottle stopped working, so I didn’t have to resist using it.

Third attempt I decided to use colour from the start. All was going well until I got too heavy handed with the rocks in the middle, (with tone and indenting the paper with the stick I was using to draw). I was using transparent colours and didn’t want to add white just yet

I decided to see if using more colours and making it a band of rocks would resolve it. So out came some purple (in addition to phthalo turquoise, Payne’s grey, and transparent orange).

I stopped here to let it dry, with the thought that I would have another round with some coloured pencil on the foreground and rock band. But that’s easier done on a table than sand.

2 Replies to “Pondering Whilst Painting: Underworked vs Overworked”