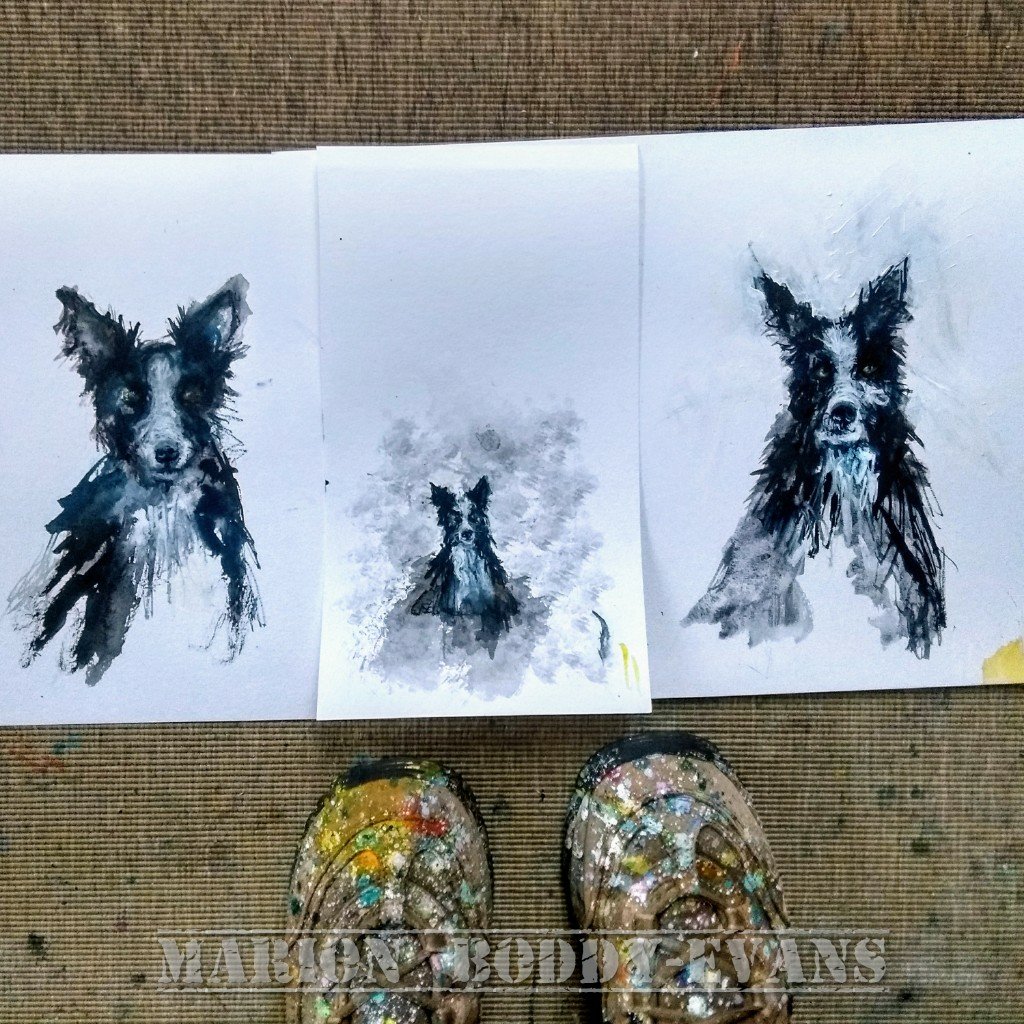 You’ve heard the motivational speech: keep at it, practice more and you’ll get the results you wish. But will it?

Repeating the same thing again and again isn’t going to get you anything but a pile of similar results. It’s not only about regular practice, it’s also about how you approach it. You need to look critically (constructive not destructive self-critique). Assess what you’re pleased with and what not, where the successes are and failings, where you want to be and where you are. Then work out what your next practice piece should be. 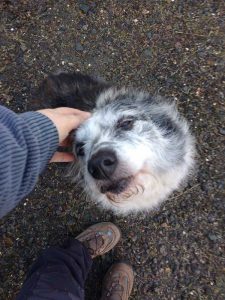 This week I’ve been practising painting a sheepdog in acrylic inks, with the aim to have detailed realism in the face, getting increasingly expressive outwards. I’ve a specific subject, style and medium, not a vague “I’ll practise painting dogs”.

I’ve various reference photos printed out to check details, but not with the aim of copying one photo. I think of it as a visual dictionary where I look up specific things as I’m working and to crosscheck my visual memories of sheep dogs I’ve met. I do it whilst I’m painting and afterwards.

I chose acrylic inks, working on paper, because they’re transparent and can be used like watercolour but without the danger of lifting existing layers of colour (or mixing them into mud which I still do too readily). Earlier this year I painted sheep dogs with tube acrylics on canvas and didn’t want to do that again just yet (which is not to say I won’t ever again, just that it’s not what I’m doing this week). 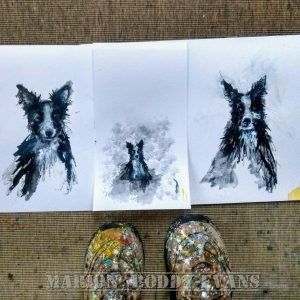 The background on the centre piece came about when I tried to dab off a bit of excess ink and instead created a blob on the until-then-white background, so I repeated it to make a background. I think it distracts, it’s too busy, but maybe cropping in tightly would solve that. On the rightmost one I used tube white to re-establish the white of the background around the ears, and was reminded that you can’t get back to “paper white”, you have to start with “painted white” if you want it to match.

What will I do next? I feel I need to focus in on individual parts instead of doing the whole, spending time painting some noses only, to get the shading, sense of wet-ness, without the distraction of the ‘other bits’. These three paintings will stay propped up where I can see them for a bit still, as encouragement to keep going.