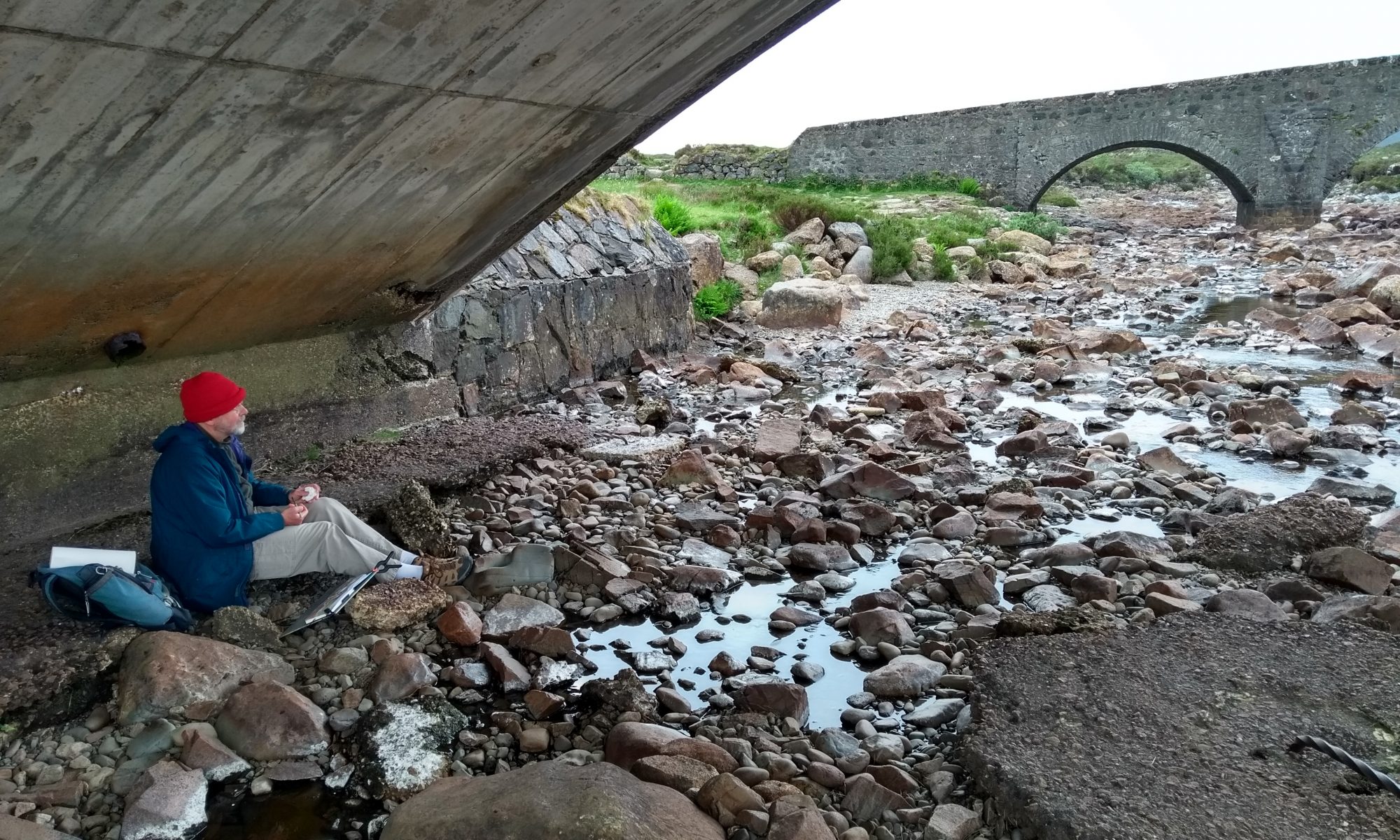 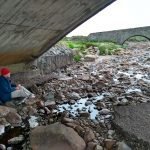 Last June the water in the river at Sligachan was so low I sat under the new bridge to sketch the old (see:  Being a Troll). Sitting nearby was the USA-based artist Michael Chelsey Johnson, who has now turned his small gouache sketches from Slig in a larger studio painting, described in his blogpost Sligachan: The Story Behind the Painting.

Michael says he decided “to treat it as a picturesque landscape, where there is little indication of man and much of raw nature.” Have a read of Michael’s blogpost to follow his choices and reasons, and see how his painting developed here.

For yet another view of this location through an artist’s eyes, have a look at the paintings of Skye-based plein-air painter David Deamer.

My last studio painting inspired by Sligachan was this one, influenced by sitting here on sunny summer days:

One Reply to “Seeing Sligachan Through Another Artist’s Eyes”