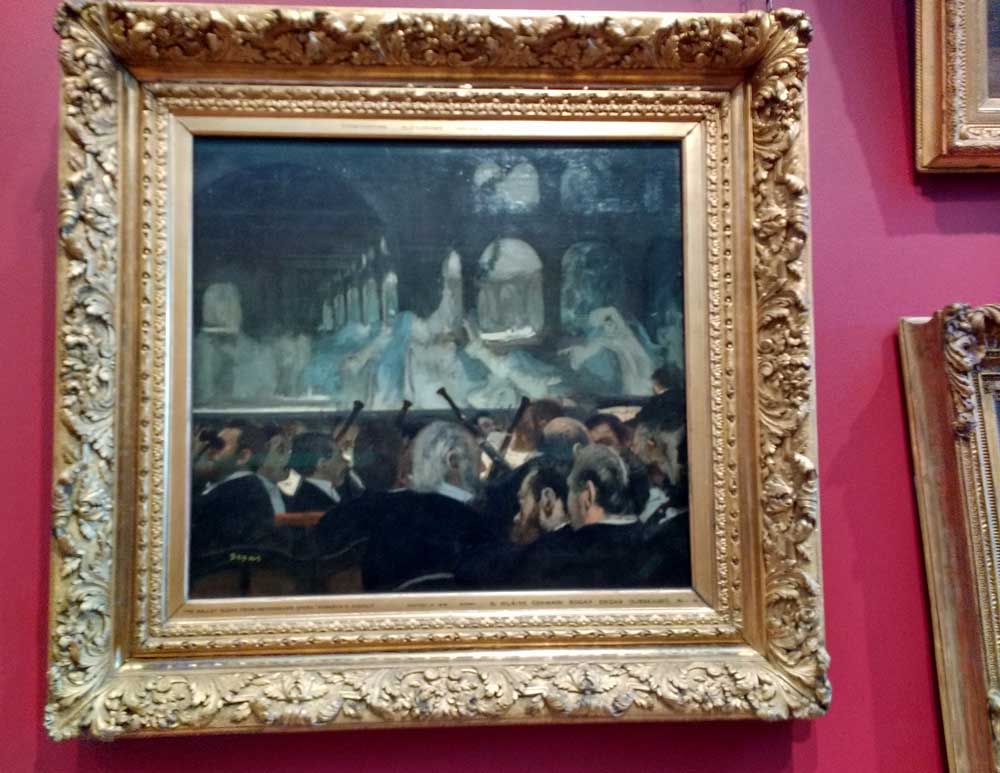 In the V&A Museum in London, in Room 81 (The Ionides Collection), I found an oil painting by Degas I couldn’t recall having seen before. Neither as a reproduction in a book nor from having walked through that room before (I don’t know when last it was rehung). Painted in 1876, it’s got a rather long title: “The Ballet Scene from Meyerbeer’s Opera Robert Le Diable“. 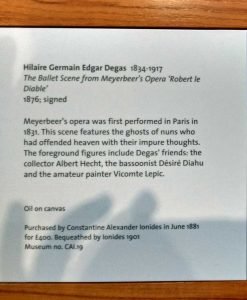 I was drawn to it initially by the intriguing composition, a bit of a what-exactly-is-going-on puzzle, with the strong horizontal divide.

Then I found myself pulled into what the various figures into the foreground were doing. My favourite is this one looking at someone in the audience not on stage, which theoretically breaks the rules of composition as it leads your eye out the painting. 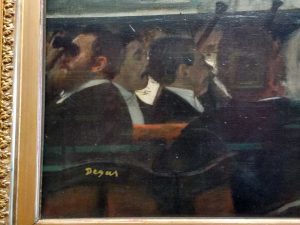 I am mesmerised by the prominence of this figure’s parting in his hair, a curve echoed by other heads and shoulders, plus the arches in the stage scenery. Maybe it’s the influence of all those dandruff-shampoo adverts that makes it so prominent to my eyes? 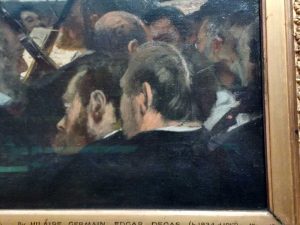 Even in front of the painting it’s hard to make out much of what’s happening on stage (see a better photo on the V&A website). It’s a painting about the men in the foreground, Degas’ friends and the musicians. I am intrigued by how the composition is successful, where it could so easily be a painting of two disconnected halves, how it all hinges on the few small elements from the bottom that overlap the top (and by not very much).

Do I like the painting overall? I’m not sure. Certainly the slow looking revealed things that are memorable. Next time I’m in the V&A I’ll go see if it’s still there.

One Reply to “Slow Looking at an Unfamiliar Degas Painting”