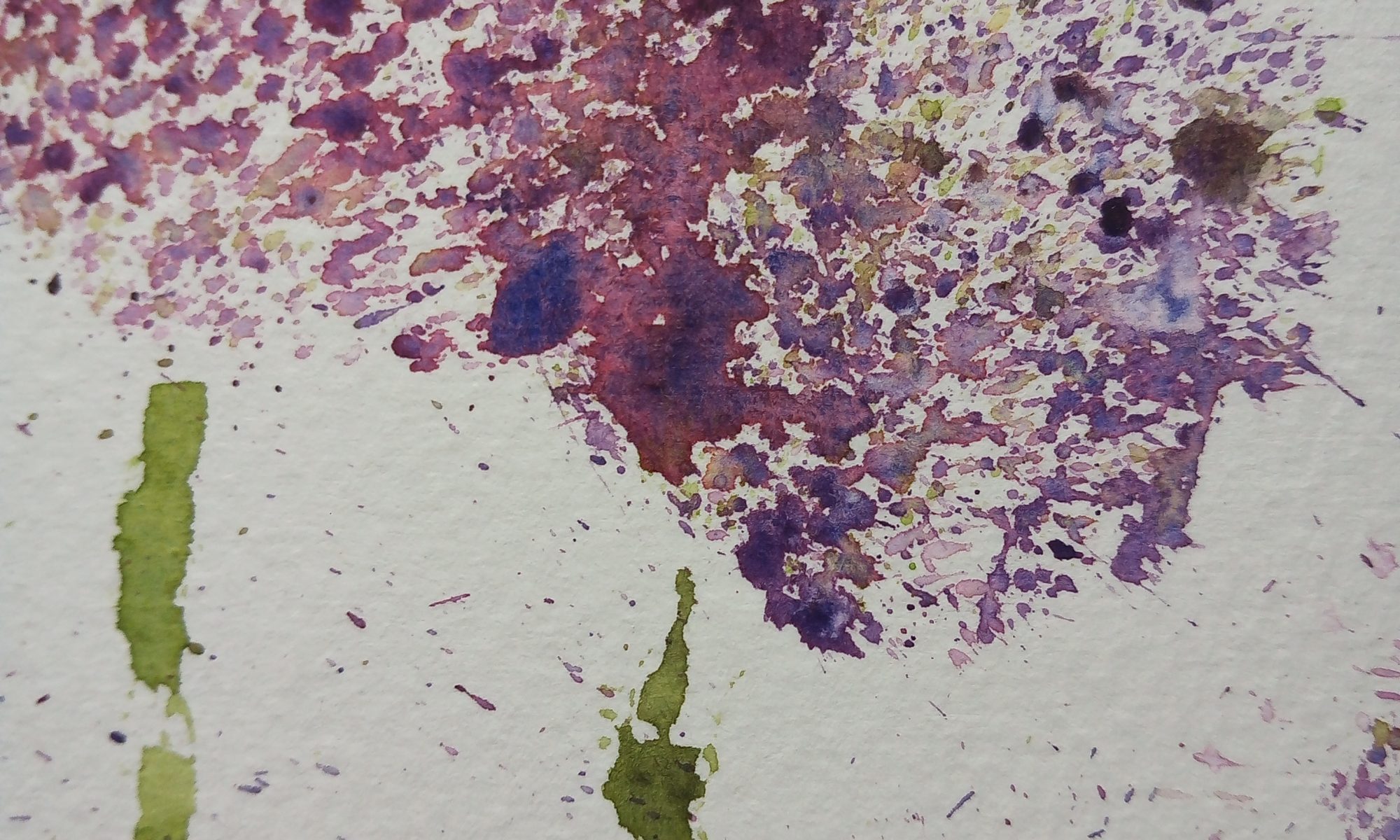 Sitting in friends’ garden in southern Scotland, I kept coming back to the purples in one border, particularly the alliums, which are one of my favourites. These were about twice the size of the ones in my garden.

So I moved a table a little closer and got out some paper and my watercolours.

A blank sheet of paper hold such possibilities and dreams, with the potential to go right or awry from the start, for things to flow or require persistence.

I started with mixing colours that I thought would give me “allium purples”. The darker swirly marks in the photo above are where I indented the paper with the brush handle while the paint was still wet; the paint accumulates in the dents and thus is darker.

For the foliage I used some of the greens that dry as a varied colour from Daniel Smith — Undersea Green and Serpentine Green — and again scratchd into the still-wet paint, this time to create a sense of the stems. Overall it wasn’t working for me, so I introduced some pen and then coloured pencil.

The photo below is where I stopped.

I decided to have another attempt, aiming for the sense of delicateness of alliums and the space within them. I thought splattering paint might do this, so tore a stencil in a piece of watercolour paper, hoping the rough edges would give an organic or softer edge.

I tried to avoid inadvertent pattern repositioning the stencil and not worrying about paint that flicked off the sides.

I then torn a strip to use for the edge of the stem, running the brush in a series of short sideways strokes off it.

I also flicked a little of the green within the purples, as you do see it in the flowers.

I am very happy with this second attempt, with the colour variation, the feeling of openess and movement, and even the unintended bits of purples (middle towards the bottom) don’t bother me (being watercolour I could probably remove it). It’s an approach I will try again at some point.

2 Replies to “The Tale of Two Allium Paintings”