Remember the magenta tree painting I started in June? Well it’s been stuck in “pondering stage” as I tried to decide what I would do with it. There were bits I really liked (e.g. the sense of movement behind the tree trunks), bits I didn’t (e.g. harsh darks), and various directions I could take it. About the only certainty was that I wouldn’t add any more paint until I had a definite plan.

After much pondering I decided I would take it for a walk on the dark side, rather than light, emphasizing shadows rather than sunlight. Why? Perhaps it’s the shorter days, perhaps thoughts about how well people responded to “Listening to Bluebells“, which is quite dark, but I’ve no real explanation other than that’s what I felt most like trying.

So out came a bottle of glazing medium, burnt umber and that favourite, Prussian blue. Why these two colours? Because both are strong darks, brown would enhance the sense of “tree” and blue “sky/rain”. The blue glazed over magenta would also give heathery purples, which that other favourite dark, perelyne green, wouldn’t.?This was the result; overall I’m pleased with the moodiness of it, but will do some more pondering, looking at it in different light conditions. The In-House Art Critic has proposed the title: “Plaid Glade“. 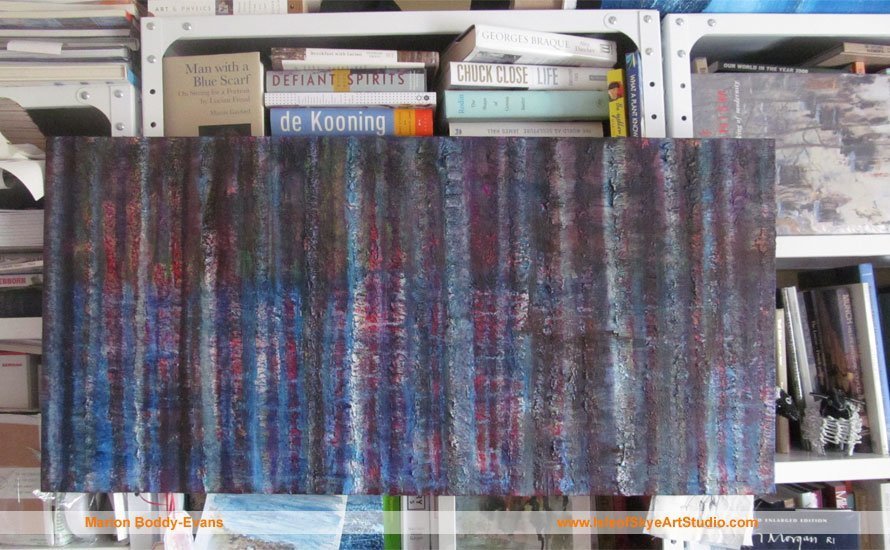 2 Replies to “What Happened Next With “Magenta Trees””