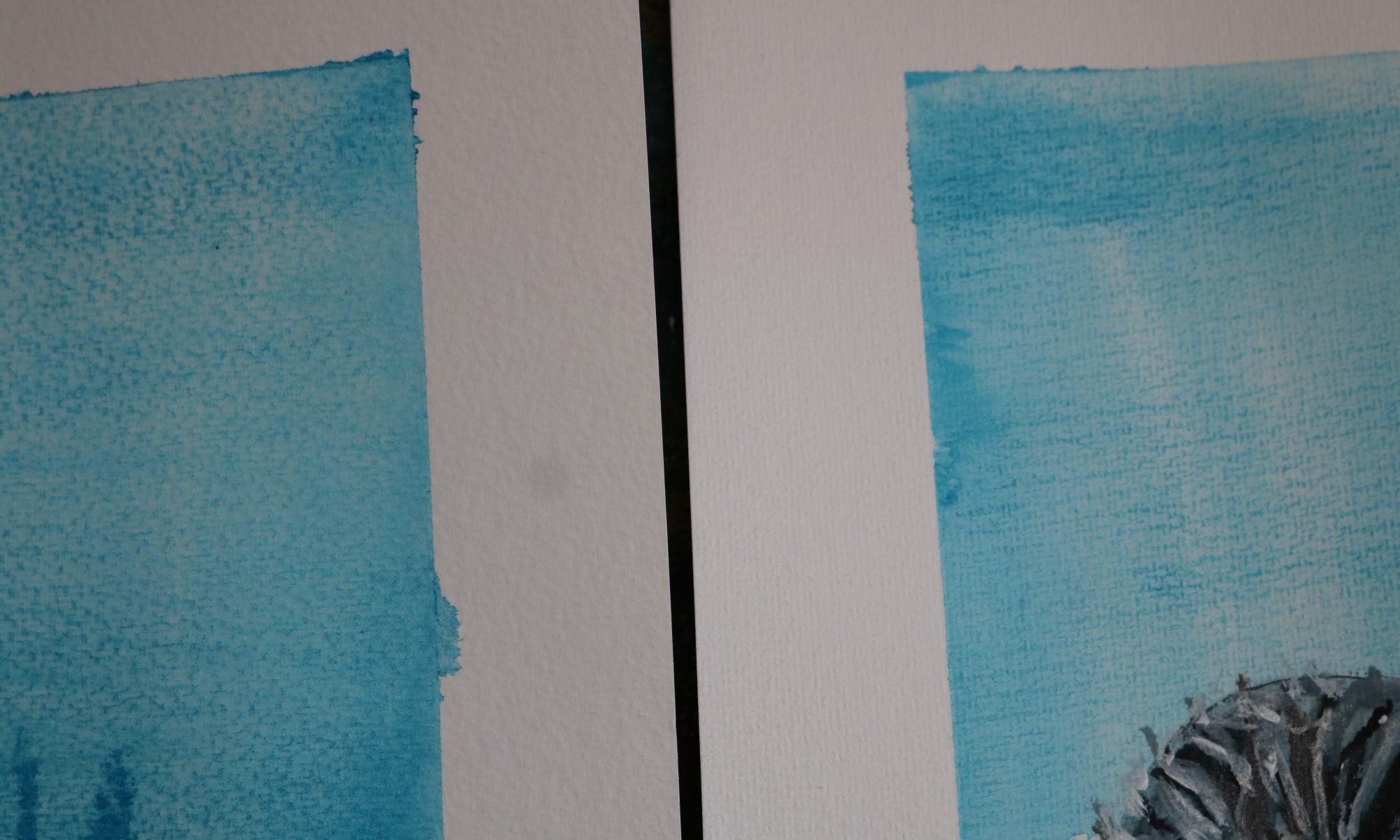 “Does a sheet of paper have a right and a wrong side” is one of those questions that I think gets answered with that frustrating “it depends”.

It depends whether there’s any texture to the surface and whether it’s primed painting paper or not. The latter is the easy: it will be primed on one side only, so that’s the “right side” (not that you can’t use the other side too). The former depends on which texture you like the best., you can use either.

The watercolour paper I’m using (350gsm Seawhite of Brighton NOT) has a gridded texture on one side and slight bumps on the other. I mostly prefer the latter, because I find the grid can tell a contradictory story if I end up highlighting it with, for example, wet paint catching on the ridges as it dries vertically, by dry brushing, or using oil pastel run across the surface lightly.

In the photo below you see the difference between the two sides (click on the photo to enlarge it). I was working on two A3 sheets side by side, and inadvertently had one the wrong way around.

Is it a difference most other people would notice? Probably not. Would someone else prefer the side I think is the “wrong” side? Probably. Does it matter. No. The right side is the side you like, and if anyone says otherwise they’re on the wrong side.

PS: A big thank you to Christine M; you know why.

3 Replies to “The Wrong Side of the Paper?”