My first attempt at wet-into-wet goldfish resulted in this “urm, those are meant to be goldfish?” painting: 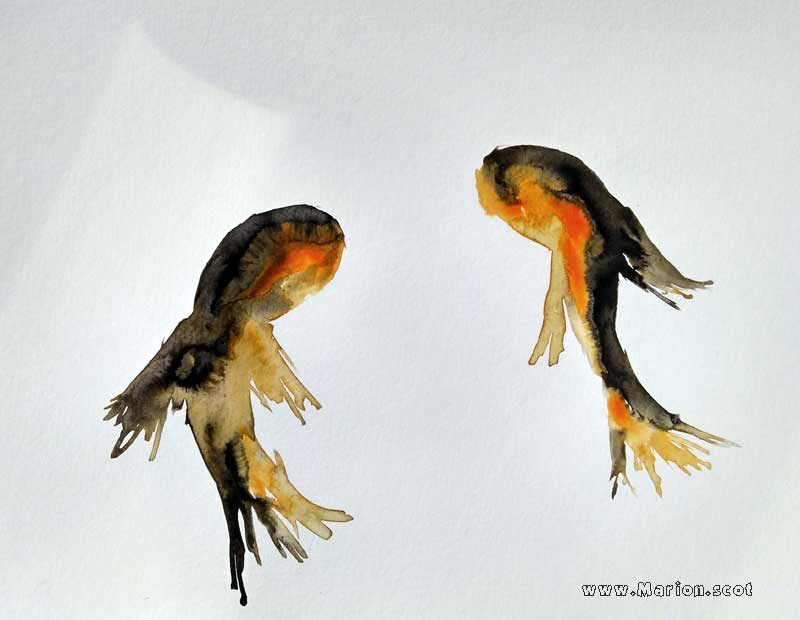 Let me try on a smaller scale, I thought. And my second attempt result in this dubious school of fish. Though, I reassured myself, at least some are looking a little less like post-nuclear-apocalypse mutants: 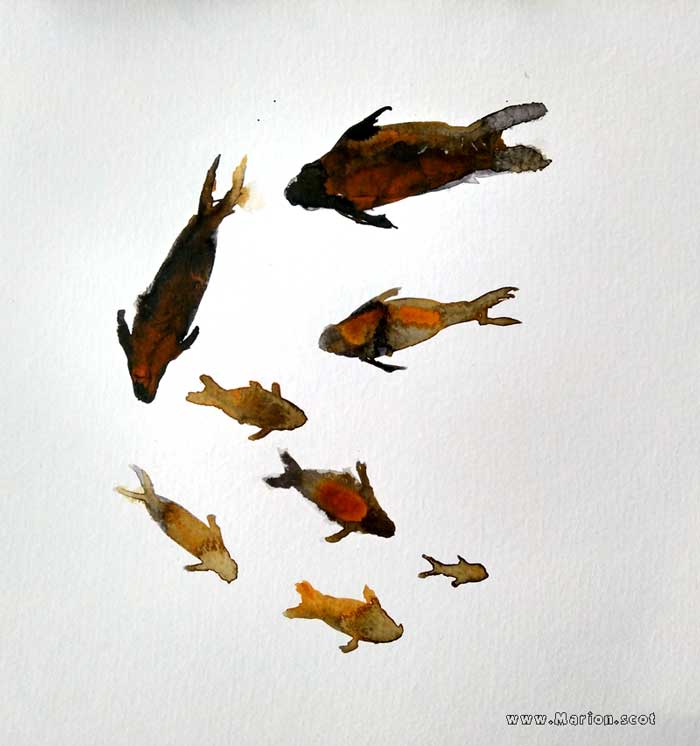 I can do this, I told myself, and on trying yet again, I got to this, which to me falls into the “getting there” category : 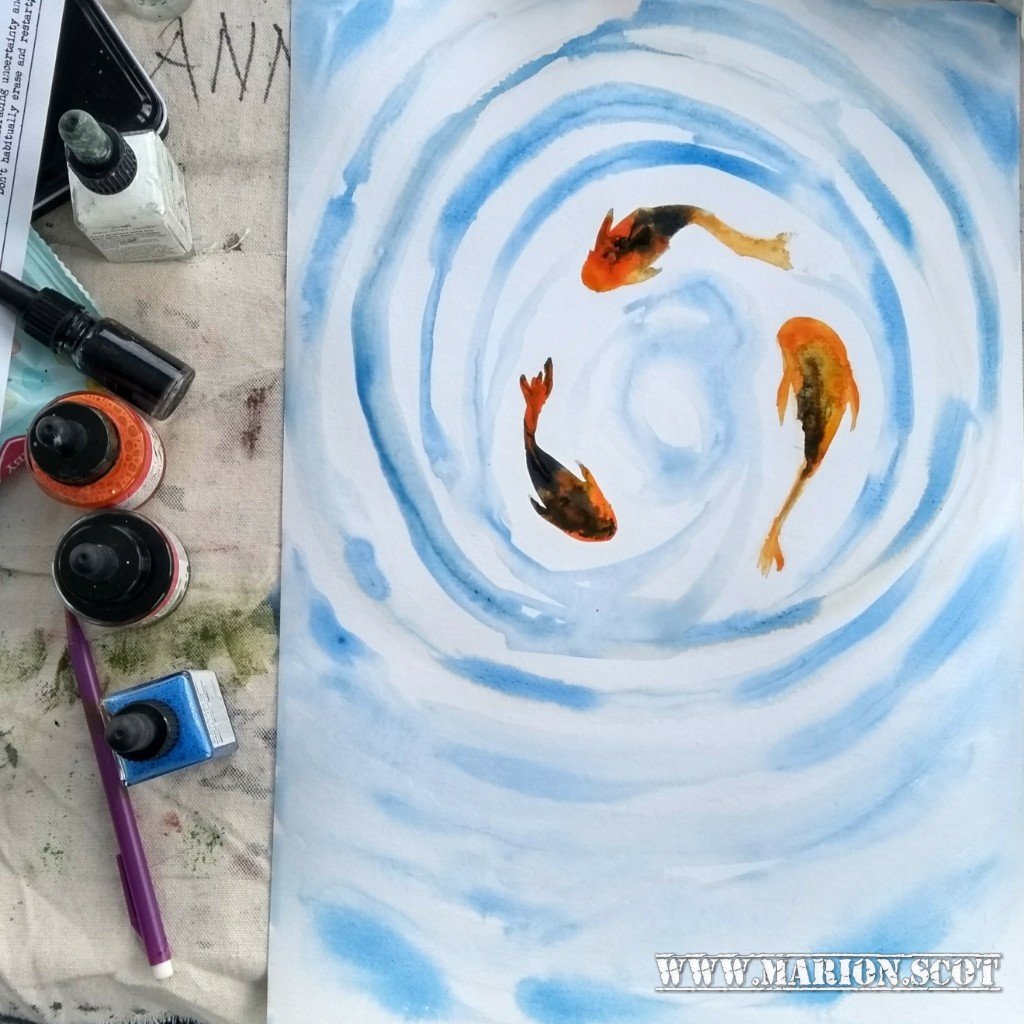 Which then left me with the “will I be able to do this on a larger scale, on canvas?” question.? I’d previously painted the background, with tube acrylics, and now the task was “add goldfish”. Three acrylic inks: white, orange, and Payne’s grey (not quite as harsh as black). I had the not-goldfish to the side to remind me what not to do. 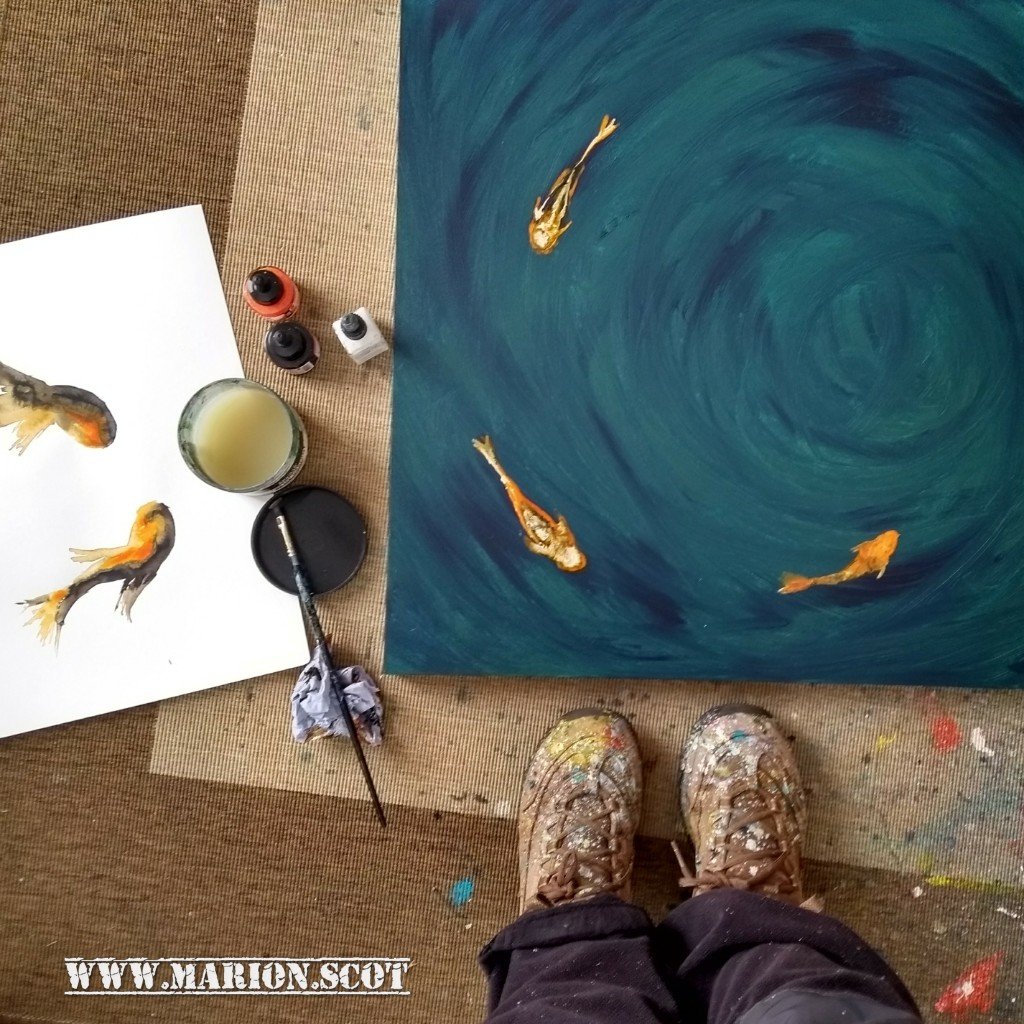 After the fish had dried, I added more layers to the water using acrylic ink blues. 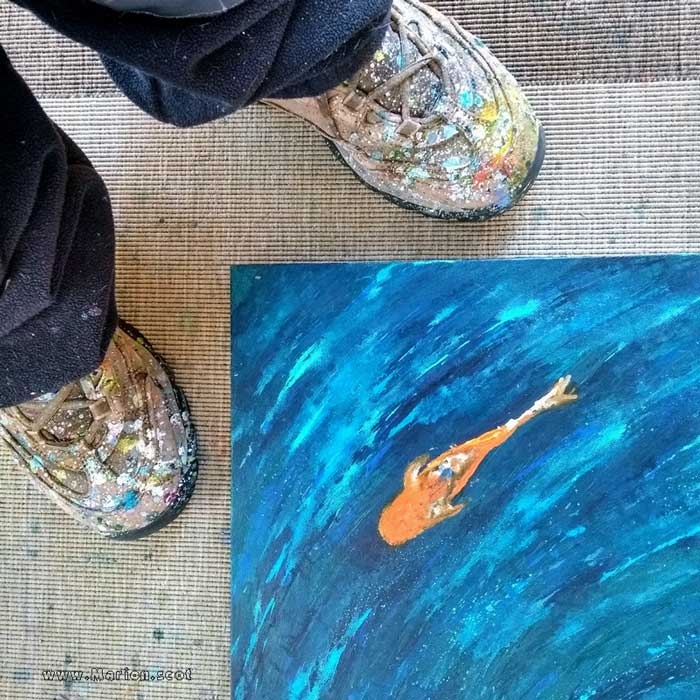 It’s one of those paintings that is tricky to photograph because the more light there is the lighter blue the water appears. In subdued light, the water is quite dark. But at least these fish looking more like fish than not. And next time I’m staying with the friend who has goldfish, I’ll be looking at them more closely.

Related: The ‘Secret’ was the Previous Painting